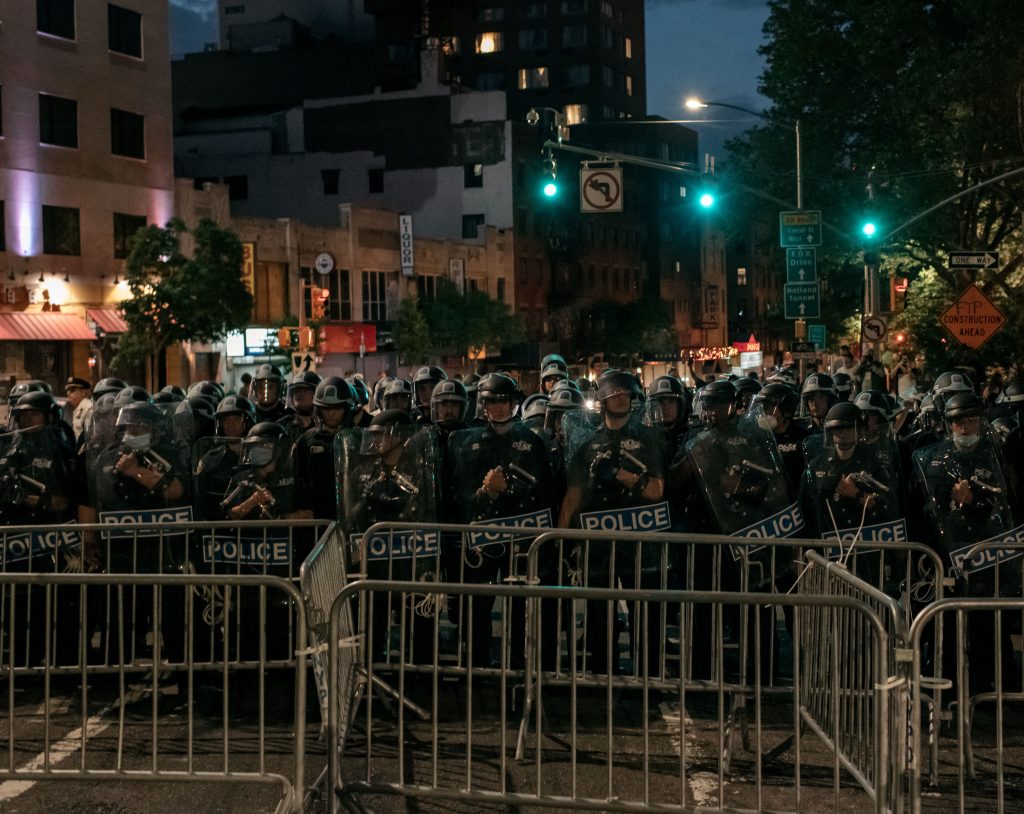 Amid harrowing testimony about New York City police officers slamming peaceful protesters to the ground, kicking a woman in the face and beating people with batons, the state’s attorney general blasted the NYPD and the mayor Thursday for ignoring repeated invitations to testify.

Attorney General Letitia James said the police department was falsely telling the news media that it was not invited to participate, even though its legal bureau was notified of the hearing on June 10 and in subsequent follow up emails and phone calls.

“Let me be clear, the NYPD and the mayor were invited to participate in this hearing,” said James. “But in case there is any confusion. Let me take this moment to once again, invite them. I will accommodate them at any point, they can contact me.”

“We are fully complying with the Attorney General’s investigation to get to the truth of what happened at the protests, and will review the comments made by the public to help deepen our reforms,” de Blasio said. “This is only the beginning, and we will never stop fighting to make New York a fairer city.”

A message seeking comment was left with the police department.

James, a Democrat, is investigating allegations that officers used excessive force to quell unrest and enforce a citywide curfew in the wake of George Floyd’s death in Minneapolis. She is expected to issue a report on her findings by the end of the month.

Originally scheduled for one day, James extended the hearing into a second day Thursday because so many people wanted to participate. Witnesses testified by video because of the coronavirus pandemic.

Among them was Kyla Savino, who said she suffered a black eye when an officer threw her to the ground during a Bronx protest in early June. She testified that officers were “beating people with a smile on their face.”

Dana Kopel said she struggled to open her mouth wide for several days after a police officer kicked her in the face while she was lying prone on the ground during a mass arrest in the Bronx on June 4. She now wears a wrist brace to deal with pain and nerve damage from officers tightly zip tying her hands behind her back, which caused them to turn blue and swell to double their size.

Both women said officers roughed them up without provocation after surrounding demonstrators and preventing them from going home when the city’s curfew took effect. The NYPD has been criticized for penning protesters with a technique known as kettling, essentially trapping them and giving them no choice by to break the curfew then in effect.

Angel Ramos, an NYPD sergeant representing the National Latino Officers Association, testified that officers were told to arrest people immediately for breaking the curfew, despite de Blasio’s public assertions that people would first be warned and told to go home. Other protests kept going well into the curfew hours without conflict.

Kopel said she and other demonstrators from the Bronx protest were hauled away in jail buses and kept in custody for about 11 hours. Kopel said one young black woman with her was having a panic attack and feared she would be killed.

They were forced to stand in the rain for several hours, she said, and could not access a bathroom until just before they were released. Even then, she said, they had to beg for toilet paper and assist one another with their garments because their hands were still zip tied.

Kopel said the experience “reaffirms my feeling that there is absolutely no role for police in our society.”