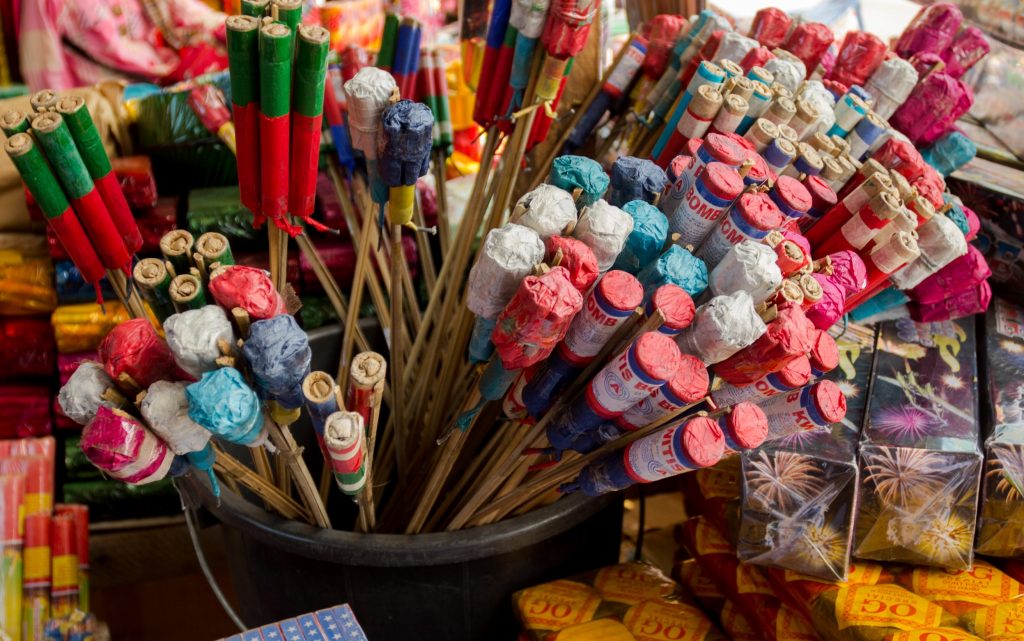 First, it was the constant wail of ambulance sirens carrying coronavirus victims to the hospital. Then, New Yorkers learned to live with the sounds of police helicopters hovering over street demonstrations.

Now, people in the city that never sleeps have a new audio accompaniment to their surreal spring: Booming, amateur fireworks displays that start at sundown and continue deep into the night.

Illicit bursts of fireworks from street corners and rooftops aren’t uncommon in the city’s neighborhoods in the days before the Fourth of July, but the past few weeks has seen an extraordinary surge in such displays.

There have already been more than 1,300 fireworks-related complaints to the city’s noise complaint hotline through the first half of the month, including 455 on Sunday. Usually, there are just a few dozen such complaints during that time period.

The shows start around sunset, when the bridges begin to light up over the East River. It’s lasting at times long past midnight, too late for those who have to rise early the next morning for work — even it’s from the comfort of their living room with many New Yorkers still working from home.

Fed up, fatigued or just fascinated, they are turning to social media to ask some form of the same question: What’s up with the fireworks?

Where they are coming from is also a mystery.

While the short sparklers that parents let kids twirl until they quickly flame out can be purchased, the kind of fireworks that create the booming blasts in Brooklyn can’t be sold legally in New York.

But people are getting them — a lot of them, from the sound of things.

“Complaining about the fireworks is goofy and probably a little racist but I am curious how every teenager in Brooklyn got a month’s supply,” Brooklyn resident Rachel Millman wrote on Twitter.

Millman added in an email that fireworks are common in Brooklyn every summer and she doesn’t mind them, but she’s confused like many others why there are so many nightly now.

The fireworks fun — or fury — isn’t limited to New York. They can be heard further to the north in Westchester County, and are ringing out more than normal in locations throughout the Northeast. Boston, Baltimore, Hartford, Connecticut and Syracuse, New York are among the cities where residents have noticed a similar phenomenon.

In Brooklyn, a sharp divide has opened between residents aggravated by the noise and threatening to call authorities and others who cautioning that could lead to the type of dangerous police action they’ve just spent weeks protesting against.

Brooklyn has been the center of some of the nation’s largest demonstrations following the death of George Floyd.

Maybe, some Brooklynites figure, the pyrotechnics are a show of support for the protesters.

Perhaps they’re a way to blow off steam — and plenty of smoke — after being stuck at home all spring because of the coronavirus.

Whatever it is, it’s loud.