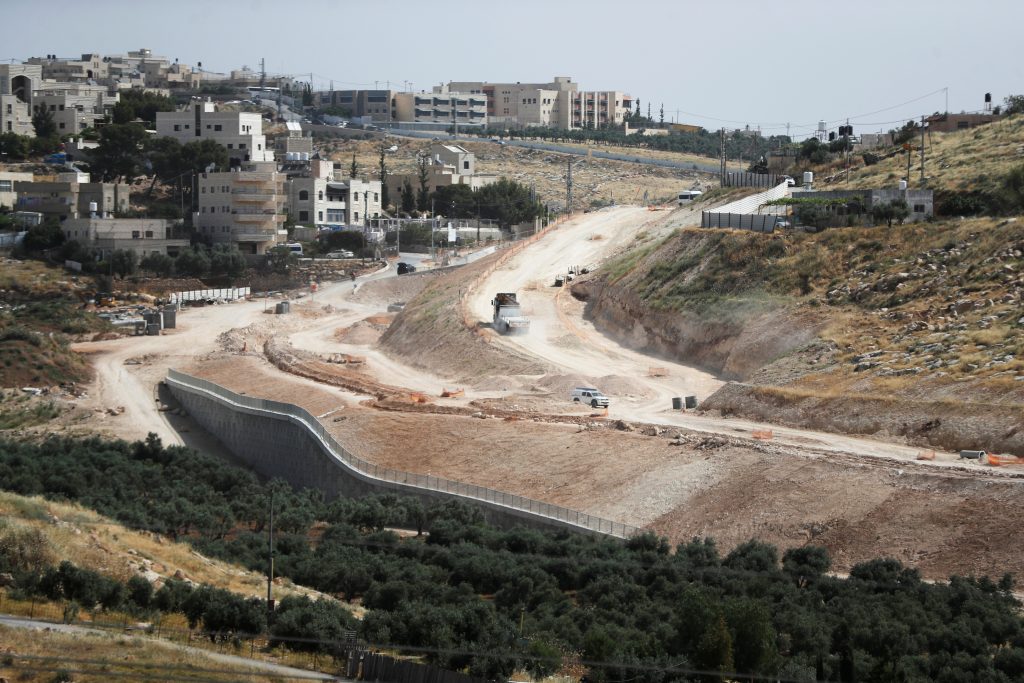 Construction is underway on a major new ring road for Yerushalayim that Israeli officials say will benefit all of its residents.

The bypass, called The American Road, will connect Jewish communities in Yehudah and Shomron that are north and south of Yerushalayim. The central and southern sections of the road are already being built, and tenders for the northernmost stretch – at a projected cost of $187 million – will be issued toward the end of the year, a Yerushalayim municipality official told Reuters on condition of anonymity.

In total, the project, which will run along or near the outer rim of East Yerushalayim, is forecast to cost more than a quarter of a billion dollars.

The construction comes as the government is set to begin Cabinet-level discussions from July 1 about implementing Prime Minister Binyamin Netanyahu’s election promise to annex Jewish communities in Yehudah and Shomron – a planned step that is sparking growing international criticism.

Israeli officials say the road, which will include a one-mile tunnel east of Har Hazeisim, will ease traffic congestion for both Israelis and Palestinians living in the area.

“It doesn’t unite the settlements. It’s not about uniting borders or municipal lines,” said Arieh King, a deputy mayor of Yerushalayim. “But it does connect them more on the daily level – whether it’s studies, tourism or commerce. And then in practice you create a huge Yerushalayim metropolis.”

Palestinians say the new road will undermine the feasibility of East Yerushalayim as the capital of the state they seek.

“This project cuts off Palestinian neighborhoods within the city from one another,” Fadi Al-Hidmi, the Palestinian Minister of Jerusalem Affairs, said via email. Responding to questions from Reuters, Al-Hidmi said The American Road was part of Israel‘s “illegal” ring road project, which “surrounds occupied East Jerusalem to further connect Israeli settlements and sever the occupied Palestinian capital from the rest of the West Bank.”

King said the highway would be a “significant corridor” from the Gush Etzion settlement bloc and communities such as Har Choma south of the city center, to communities to the north and east of Yerushalayim, including Maale Adumim, which is home to more than 40,000 people.

Arab residents in East Yerushalayim neighborhoods such as Umm Tuba and Sur Baher would also benefit, he said, because it would reduce their travel times.

Planning documents reviewed by Reuters and visits to the area to plot the route show the road will run for more than five miles.

The scale of The American Road project, named after a decades-old narrow road that winds through southeast Yerushalayim, is evident some four kilometers from the city center, where a huge bridge is rising in a remote valley.

Billboards advertise an August 2021 completion date for a section of The American Road nearest Har Choma, the community built by Netanyahu in the 1990s that overlooks Beit Lechem.