Israel Over 200 New Coronavirus Cases in Israel in One Day; Over 3,000 Active Cases
CoronavirusIsrael 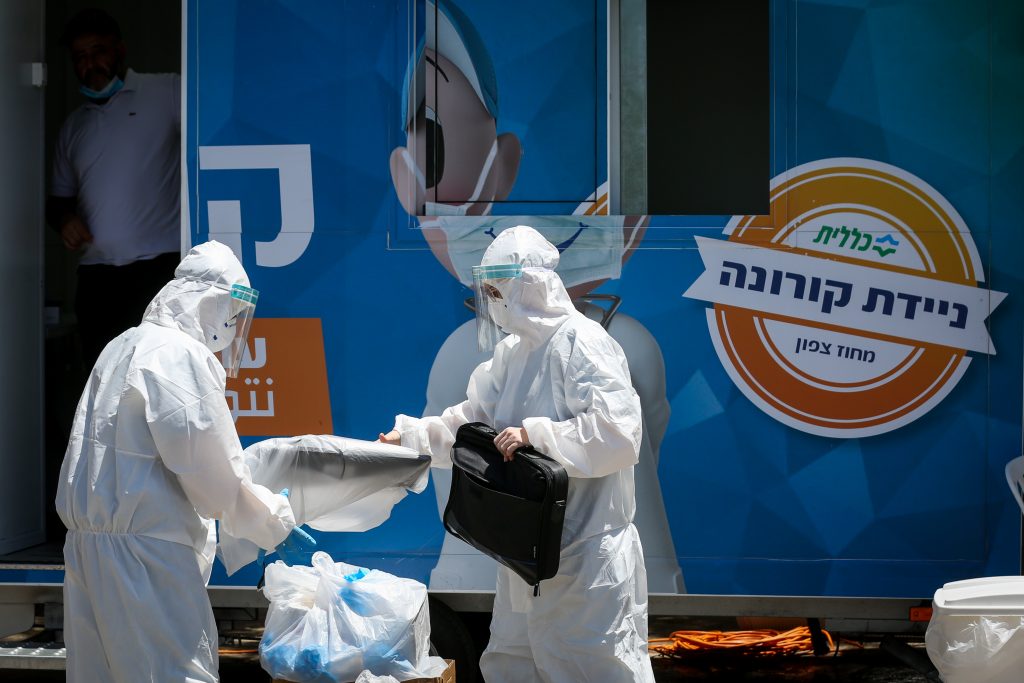 Israel on Thursday recorded 214 new coronavirus cases, the first time the 200 barrier has been breached since April 25, before it began easing restrictions. There are now 3,1113 active cases in Israel, two weeks after the country hit under 2,000 active cases.

In a press conference Thursday night, Prime Minister Binyamin Netanyahu warned that measures meant to contain the virus could be reimposed if the recent spike in fresh coronavirus cases continues.

The increase comes weeks after most, if not all, schools in Israel resumed studies, and numerous government restrictions were lifted on the economy and public activities. Over 100 schools have been forced to close, after staff or students tested positive for coronavirus. Thousands of staff members and students across the country are in quarantine.

Bnei Brak had the second largest number of new infections with 39, followed by Yerushalayim with 22, Rishon LeTzion with 17, and Netanya with 13.

Health officials expressed concern that the upwards trend could continue, leading to a critical mass of infections.

“I’m afraid that in a month or a month and a half we’ll see an influx of critically ill patients. None of this can be avoided without proper behavior,” said outgoing Health Ministry Director General Moshe Bar Siman-Tov on Thursday night.

Despite the surge in the numbers of new infection cases, the number of serious cases remains low.