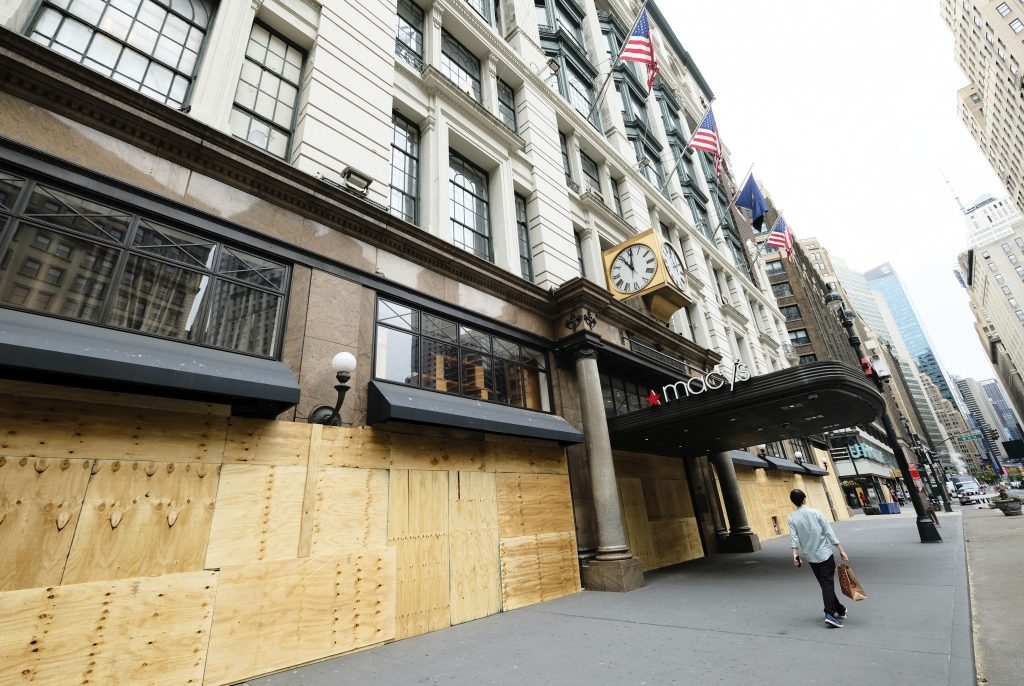 The video released by police Tuesday shows two people smashing a glass door with a hammer and baseball bat on the night of June 1 at the Herald Square store. Others are seen prying open a revolving door before entering and grabbing purses and other goods.

One man appears to stuff merchandise into a garbage bag.

In all, police released security photos of 15 people. They said they made off with about $10,000 worth of merchandise.

Macy’s has said the damage to the store can be fairly easily repaired.

Retailers in New York City have been given permission to reopen, but only for curbside pickup of merchandise or delivery. Macy’s hasn’t announced plans yet for when customers can return to its flagship department store.