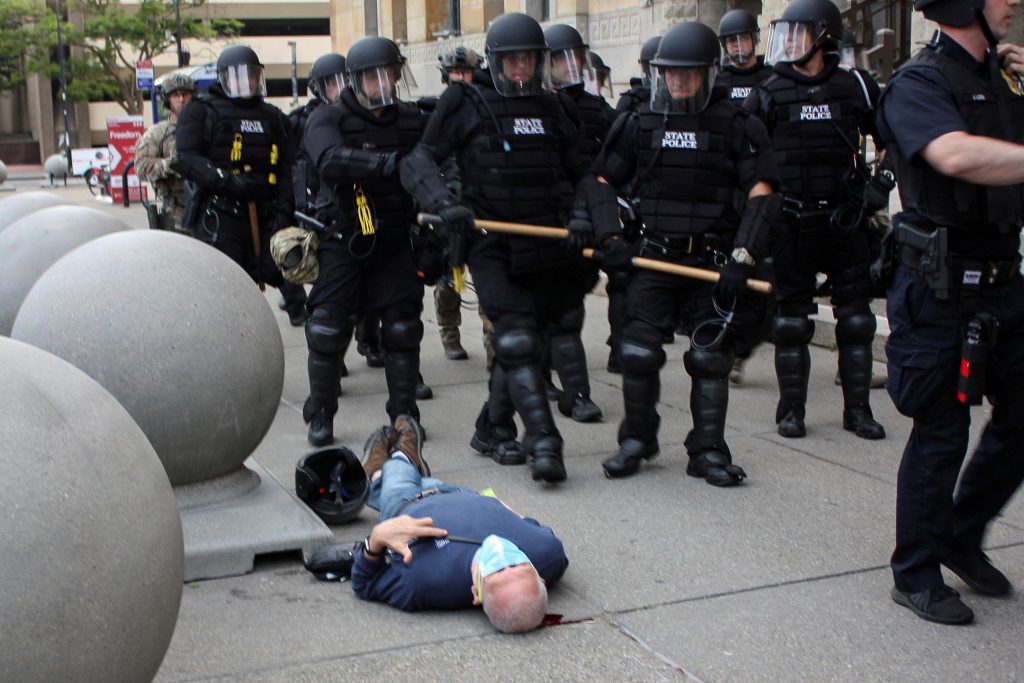 U.S. President Donald Trump on Tuesday tweeted a conspiracy theory about a 75-year-old protester in Buffalo who was shoved by police and critically injured during a march sparked by the death of George Floyd in police custody.

Citing a report by pro-Trump channel One America News Network, President Trump wrote that the protestor, Martin Gugino, could be a member of the anti-fascist movement Antifa, which the president and other Republicans have blamed for violence at the protests.

Trump offered no evidence of links between Gugino and the movement.

“Buffalo protester shoved by Police could be an ANTIFA provocateur. 75 year old Martin Gugino was pushed away after appearing to scan police communications in order to black out the equipment. @OANN I watched, he fell harder than was pushed. Was aiming scanner. Could be a set up?” Trump tweeted.

His post appeared just hours before the funeral in Houston of Floyd.

Two Buffalo police officers have been arraigned on felony assault charges after a viral video showed one of them shoving Gugino and the other walking past his still body after he fell to the sidewalk. As Gugino tumbles, his head strikes the pavement and trickles blood, according to the video.

Lawyers for the two officers as well as Gugino did not immediately respond to a Reuters request for comment.

But New York Governor Andrew Cuomo jumped into the fray, saying he was “disgusted” by Trump’s tweet and urged the president to apologize.

“He accused this man of being associated with antifa – no proof whatsoever. No facts, just an assertion,” Gov. Cuomo said at his daily news briefing. “I mean, if there was ever a reprehensible, dumb comment, and from the president of the United States,” said Cuomo, a Democrat.

“At this moment of anguish and anger what does he do? Pours gasoline on the fire….He should apologize for that tweet.”