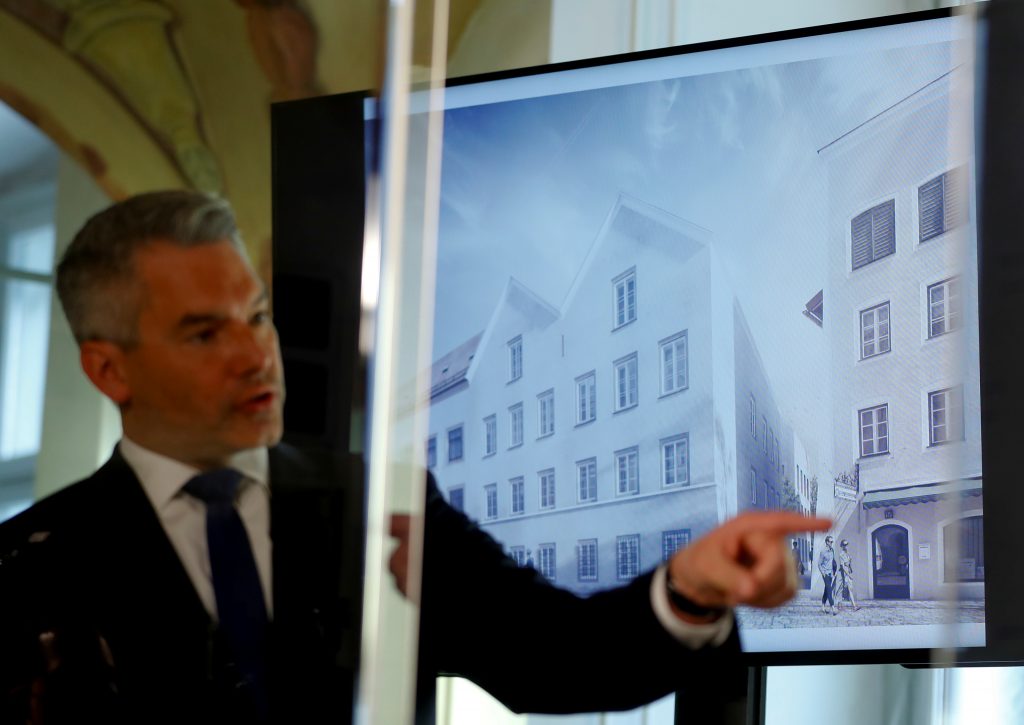 Austria presented an architectural plan on Tuesday to turn the house where Adolf Hitler was born into a police station in the hope of “neutralizing” the space and ensuring it does not attract neo-Nazis.

After decades of debate about what to do with the building in the town of Braunau am Inn on the German border, Austria carried out a compulsory purchase in 2017 and said last year it would be turned into police offices so that it “will never again evoke the memory of National Socialism.”

“It is the most appropriate use [for the building]. Why? The police are the protector of fundamental rights and freedoms,” Interior Minister Karl Nehammer told a news conference announcing the winning design by architects’ firm Marte.Marte.

There is currently little to indicate that the building was once home to the boy who would become leader of the Third Reich, trigger World War II and carry out the Holocaust. An engraved rock on the pavement says “Fascism never again” without mentioning Hitler by name.

Pictures of the winning design showed a fresh facade with a largely unchanged ground floor and a new roof.

The renovation should be completed by early 2023 at a cost of 5 million euros ($5.6 million), and the rock will be transferred to a museum in Vienna, Interior Ministry official Hermann Feiner said.

“The neutralization of this whole location was ultimately at the heart of this result,” Feiner said, adding that neutralization meant an architectural overhaul and a new use for the building.

Unlike Germany, Austria long denied any responsibility for Nazism, portraying itself as its first victim due to Hitler’s annexation of his homeland in 1938, though many Austrians at the time enthusiastically supported the move.

Successive governments have said Austrians were both victims and perpetrators of crimes under the Nazi regime, but there are few reminders now in everyday life of that period of the country’s past.