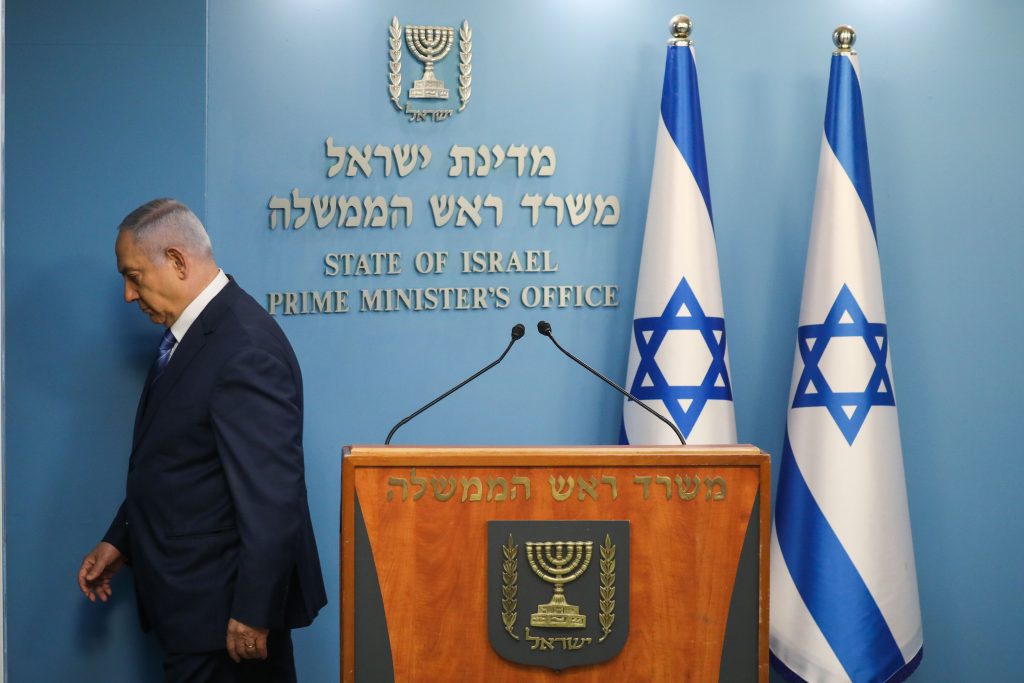 Israeli Prime Minister Binyamin Netanyahu‏‏ was facing a possible two weeks of isolation after an employee at the Prime Minister’s Office (PMO) was tested positive for the coronavius, Channel 13 News reported Monday evening.

As it was not clear whether the person had close enough contact with Netanyahu and his immediate staff to warrant a quarantine, the matter was still under investigation.

The PMO did confirm, however that “a Prime Minister’s Office employee tested positive for coronavirus. At this time, an epidemiological investigation is being carried out at the end of which appropriate guidelines will be given to those who come in contact with him.”

Netanyahu spent time in isolation in March after an adviser came down with the virus. The PM himself never tested positive.

Meanwhile, an uptick in coronavirus cases in recent days caused a ruckus in the Health Ministry over the proper response and how to talk about it.

Health Minister Yuli Edelstein ordered officials under him to cease on-the-record interviews, according to Channel 12.

The directive came after Edelstein apparently overrode two senior Ministry officials with an announcement that testing for coronavirus would henceforth include people with no symptoms, a measure the officials oppose.

Also on Monday, Edelstien said he would expand testing at a reopened drive-thru center in Yerushalayim, after seeing traffic jams there.

The Ministry was also reportedly considering a shutdown of high schools if there are more outbreaks, Channel 12 news reported.

Twenty-one schools around the country have already sent some or all students and staff into quarantine because of confirmed cases being discovered in the school.

“We are witnessing coronavirus eruptions across the country, which seem to surprise us. But the surprise comes only from the fact that the Ministry of Health rarely carries out PCR and serological tests,” Bennett, who had lobbied unsuccessfully to be appointed Health Minister, charged.

He said, “The government chooses to be blind, and then out of the same blindness, to hit the hammer on the Israeli economy with more and more closures. Businesses forced to close because of the coronavirus are only beginning to recover now. If the state of Israel is forced to close again, it could be a death blow to many businesses that are the central growth engine of the economy.”

“The time has come to move from a hammer policy to a tweezers policy. Isolate only the carriers and never close Israel again. I urge the Israeli government and the Minister of Health to set up an emergency system today for tests, investigations and isolations, so that we will not have to close Israel again,” Bennett stated.