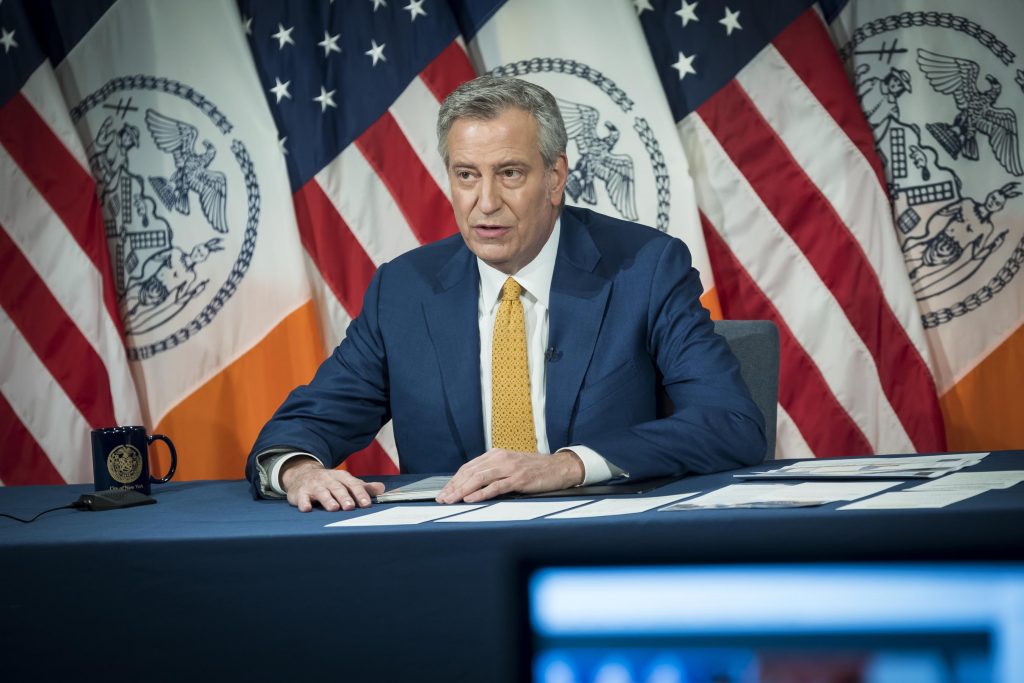 “No, businesses are not supposed to make up their own rules and jump the gun,” de Blasio said at his daily briefing on the virus.

New York City is the only jurisdiction in the state that has not met Gov. Andrew Cuomo’s guidelines for the first phase of New York’s four-part reopening process, including having enough contact tracers to monitor people exposed to the virus. De Blasio said he expects the city to enter Phase 1, including construction, manufacturing and retail with curbside pickup, during the first two weeks of June.

Some merchants, including the owner of a Staten Island tanning salon, have said they planned on reopening this week. De Blasio said businesses that reopen before they are supposed to will be be told to close, and if they ignore orders to shut their doors, fines will be issued.

“I’m not into free agents,” de Blasio said. “I’m not into people deciding that they get to make the rules and they can do something everyone else can’t do.”