Coronavirus American Virus Deaths at 100,000: What Does a Number Mean?
CoronavirusNational 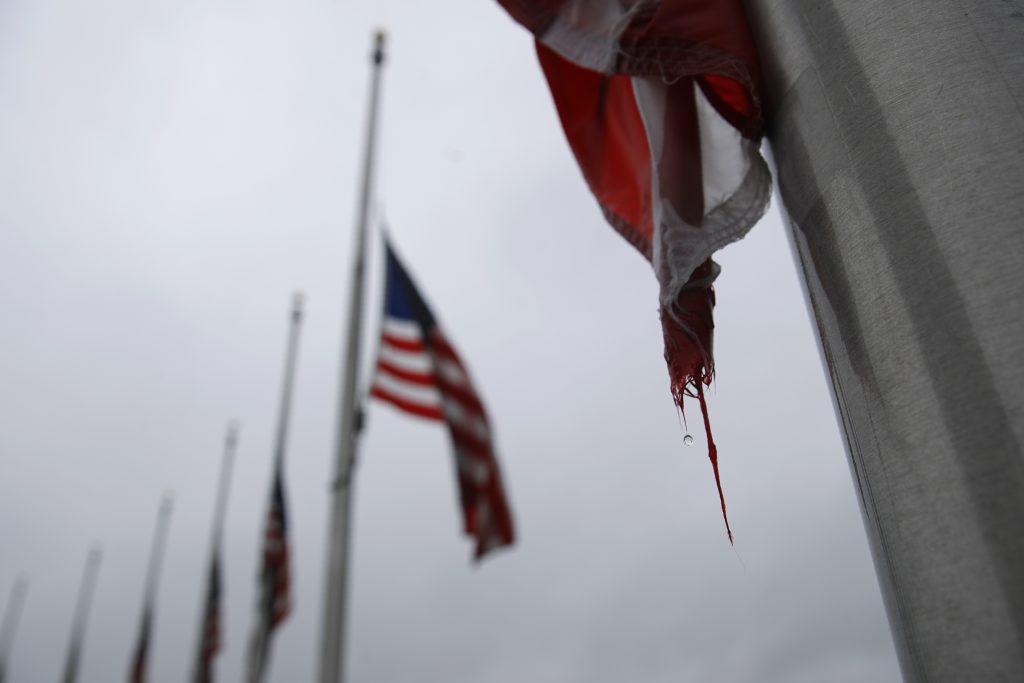 The fraught, freighted number of this particular American moment is a round one brimming with zeroes: 100,000. A hundred thousands. A thousand hundreds. Five thousand score. More than 8,000 dozen. All dead.

This is the week when America’s official coronavirus death toll reaches six digits. One hundred thousand lives wiped out by a disease unknown to science half a year ago.

And as the unwanted figure arrives — nearly a third of the global pandemic deaths in the first five months of a very trying year — what can looking at that one and those five zeroes tell us? What does any number deployed in momentous times to convey scope and seriousness and thought really mean?

“We all want to measure these experiences because they’re so shocking, so overwhelming, that we want to bring some sense of knowability to the unknown,” says Jeffrey Jackson, a history professor at Rhodes College in Tennessee who teaches about the politics of natural disasters.

This is not new. In the mid-1800s, a new level of numerical precision was emerging in Western society around the same time the United States fought the Civil War. Facing such massive death and challenges counting the dead, Americans started to realize that numbers and statistics represented more than knowledge; they contained power, according to historian Drew Gilpin Faust.

“Their provision of seemingly objective knowledge promised a foundation for control in a reality escaping the bounds of the imaginable,” Faust wrote in “This Republic of Suffering,” her account of how the Civil War changed Americans’ relationship with death.

“Numbers,” she wrote, “represented a means of imposing sense and order on what Walt Whitman tellingly depicted as the ‘countless graves’ of the ‘infinite dead.’”

Today’s Americans have precedents for visualizing and understanding 100,000 people — dead and alive. They have numerous comparisons at hand.

At some point with numbers, though, things start feeling more abstract and less comprehensible. This has informed the methodology of remembering the Holocaust by humanizing it: Six million Jews killed, after all, is a figure so enormous that it resists comprehension.

“It’s really hard for people to grasp statistics when it comes to numbers after a certain scale,” says Lorenzo Servitje, an assistant professor of literature and medicine at Lehigh University.

“Can you picture 30,000 people? Or 50,000 people? And when you get into the millions, what do you even do with that?” he says. “It’s so outside of our everyday life that it’s hard to grasp meaning from them.”

The New York Times tried to address that problem Sunday, dedicating its entire front page to naming the virus dead — an exercise that, even in a tiny typeface, only captured 1% of those now gone. “A count,” the newspaper said, “reveals only so much.”

Adding to the complexity is how different coronavirus deaths are from, say, a 9/11, a mass shooting or a cataclysmic natural disaster. Unlike those, the COVID saga unfolds gradually over time, growing steadily more severe, and resists the time-tested American appetite for loud and immediate storylines.

“Each day we’ve become accustomed to the new reality that we don’t realize how far we’ve traveled from what normal is,” says Daryl Van Tongeren, an associate professor of psychology at Hope College in Michigan who studies how people find meaning in suffering.

Our brains, he says, are wired to be empathetic to suffering — to a point.

“With too much suffering over time, it’s overwhelming and we begin to become callous. And our empathy essentially runs out,” Van Tongeren says. “We’re so accustomed to death right now, at 100,000, that our empathy has become lower.”

Finally, there are numbers living within the round 100,000 number that cry out for their own interpretations. The disproportionate number of dead Americans of color, for example. Or the systematic way the disease is ravaging places where older Americans live, taking them in numbers that — if they were dying in mass shootings — might provoke a very different kind of reaction.

Don’t focus so much on the numbers, some admonish. Others criticize official counts, calling them inflated and inaccurate. More likely, because of spotty testing and undiagnosed cases, the number 100,000 falls significantly short.

But whether 100,000 has already happened or is yet to come, the meaning of this numerical milestone — human-imposed though it may be — raises fundamental questions.

Have we decided to live with death, at least to a point? What would it mean if, around Labor Day, we reconvened in this space to discuss the 200,000th dead American? What would that number cause us to contemplate?

In the 14th century, the Black Death ravaged humanity, taking many millions. No one knows how many died. Today, when the dead are counted, some coherence is reached. The thinking is this: If the virus can’t be stopped, at least it can be quantified by human effort — far more palatable than a society where we couldn’t even establish who was no longer among us.

So when Whitman wrote of “countless graves,” he was not merely being poetic. Then, the idea of uncounted dead was more than metaphor; it was a direct description of what had happened.

Replacing that situation with accurate numbers, as society grew more sophisticated, did not solve everything. But it was something. Just as 100,000 means something this week in American life. Maybe not everything — not a vaccine, not a treatment — and maybe not clarity, exactly. Not yet. But something.