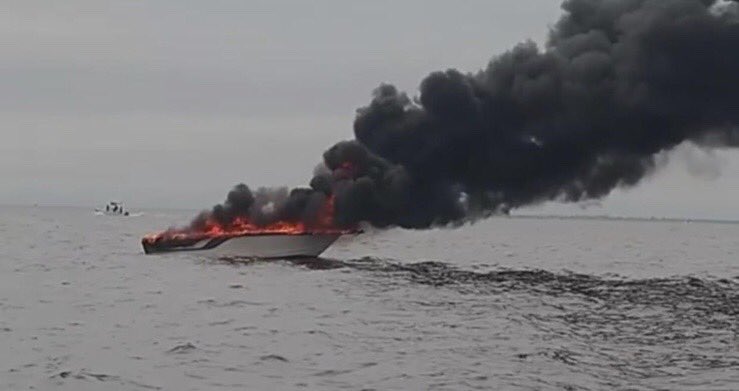 A boat caught fire off Staten Island with five people aboard, sending three to a hospital, FDNY said said.

Firefighters were called around 8:30 a.m. Monday to a spot in Raritan Bay, where a 23-foot pro-line had caught fire. The five people had jumped into the water and were rescued by another boat nearby.

The fire department says that while three people aboard were taken to a hospital, two others were treated at the scene.

In a social-media post Monday, the fire department reminded New Yorkers “to have a plan for safe boating every time you head out on the water,” including a fire extinguisher, first aid kit, gloves, a warming blanket, CPR mask, carbon-monoxide detector, and a Marine VHF radio, “so that in case of emergency you can contact the USCG and FDNY.”