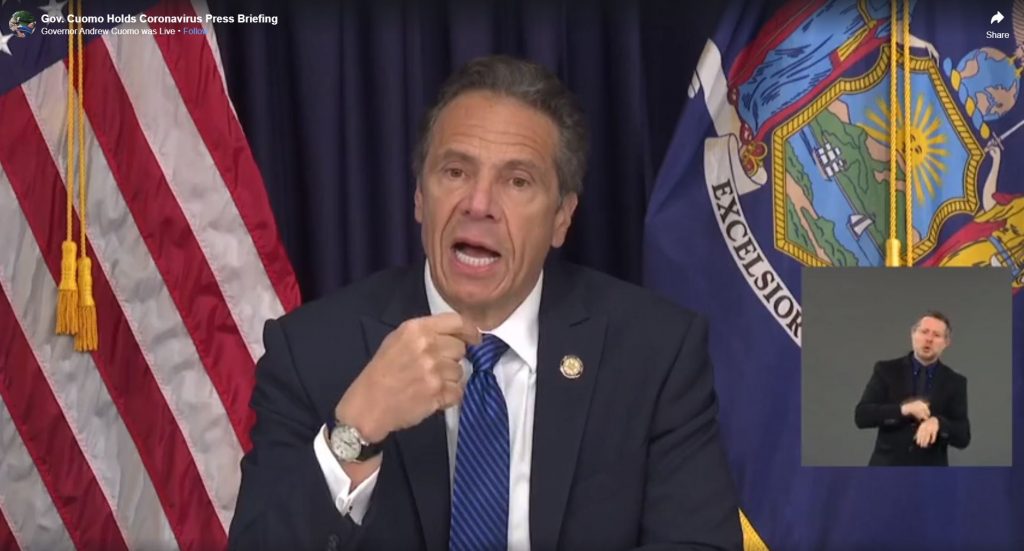 Summer school in New York will be conducted remotely, Gov. Andrew Cuomo said Thursday, citing the risks of returning children to the classroom.

Meal programs and child care for essential employees will continue during the summer session, Cuomo said.

The governor said it’s too early to make a decision about the fall semester. School buildings in New York have been closed since March.

Cuomo also mentioned increasing awareness about a syndrome affecting children that is thought to be linked to COVID-19. Pediatric multisystem inflammatory syndrome affects blood vessels and organs and has symptoms including prolonged fever, abdominal pain and vomiting.

New York is investigating 157 cases of the syndrome, which has been reported in more than a dozen countries. Two young boys and an 18-year-old woman diagnosed with the syndrome have died in New York state.

The NYC Department of Health and Mental Hygiene has confirmed 89 pediatric patients have been found to have symptoms consistent with multisystem inflammatory syndrome in children (MIS-C).

New York City is meeting the coronavirus crisis with a massive emergency food assistance program and will be delivering 1 million meals daily by next week, with another 500,000 meals available daily for pickup at school sites, Mayor Bill de Blasio said.

“We will let no New Yorker go hungry, period,” de Blasio said. “It’s not acceptable, no matter what we’re up against, that anyone would be hungry in this city.”

The city-provided meals are supposed to meet nutritional guidelines, and kosher, halal and vegetarian food is supposed to be available to those who request it.

The city has fired two vendors whose meals fell short of those standards, said Kathryn Garcia, the sanitation commissioner who de Blasio named as “food czar” during the pandemic.

“Just be clear, here’s what I will not tolerate in this program: any expired food, meals that don’t meet our nutritional guidelines, late or missing deliveries and different meals than you ordered,” Garcia said.

Concerning summer camps, Governor Cuomo said he would like to send his own children to day camp, but since there is a question about the pediatric inflammatory syndrome, he would refrain from it, and would not open up summer camps in the state until the facts, which are constantly changing, can be clarified. He said the subject was being discussed with state health officials, and a decision has not yet been made.