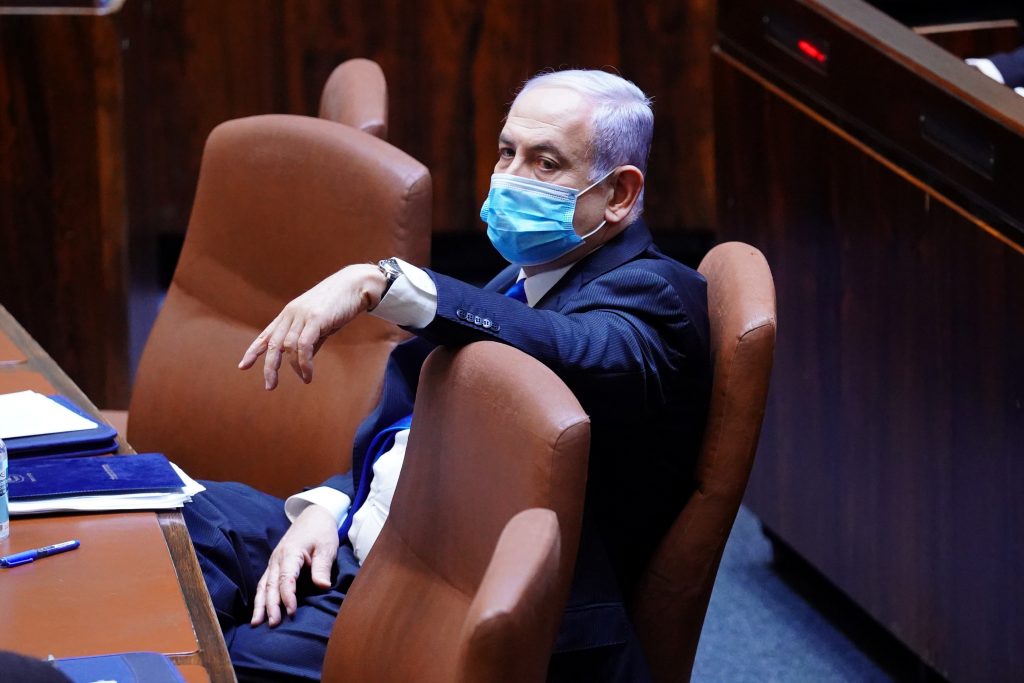 After the swearing-in of the new government on Sunday, Israeli Prime Minister Binyamin Netanyahu‏‏ defended the record 34-minister cabinet as a bargain, considering the alternative.

“This cost is much lower than the 2 billion [shekels] that another election would have cost,” he told Army Radio.

The newly-installed Defense Minister and Vice Prime Minister Benny Gantz agreed, telling the first cabinet meeting: “I believe the alternative [a fourth round of elections] would have made Israel a chaotic place, in terms of its social [fabric], and an economic catastrophe.”

“We face a health crisis with economic repercussions… and we haven’t really started feeling it. It will come,” said Gantz.

Referring to the Likud-Blue and White partnership, he noted that, “Working together, in my view, will be challenging.”

PM Netanyahu thanked him and said: “And now, to work.”

Opposition MKs have denounced what they see as a bloated government at a time when so many Israelis are out of work and many businesses are struggling to survive.

The annual cost to the taxpayer of a minister is NIS 6.5 million, including NIS 3.5m. on wages for the minister and his bureau; NIS 1.7m. for security; NIS 600,000 for property expenditure, including bureau rent, municipal taxes and bills; NIS 500,000 on operational expenses; and NIS 217,000 on vehicle expenditure, according to official estimates.

The outgoing caretaker government, which had 23 ministers and four deputies (this one will have 34 and 7), cost approximately NIS 159.5m. annually.

The new government will cost about NIS 238.5m., or an annual increase of NIS 79m.

During his address to the Knesset on Sunday, Netanyahu said the government would cost an additional NIS 85m.

Later, on Sunday evening, Channel 12 reported that Likud MK Nir Barkat turned down an offer from Netanyahu to head a ministry for intelligence, cyber and technology, or higher education.

The former mayor of Yerushalayim refused the offer because it was merely invented to provide for senior Likud members who felt entitled to ministerial posts. Barkat had been talked about as a leading candidate for Finance Minister, but in the end that went to Yisrael Katz.

“I won’t take a portfolio that will harm the government’s work and waste public funds during the coronavirus [pandemic],” he reportedly told the PM.

Barkat asked for the Education or Energy Ministries, but was turned down.

The Intelligence Ministry went to Likud’s Eli Cohen, while Zeev Elkin got charge of Higher Education.