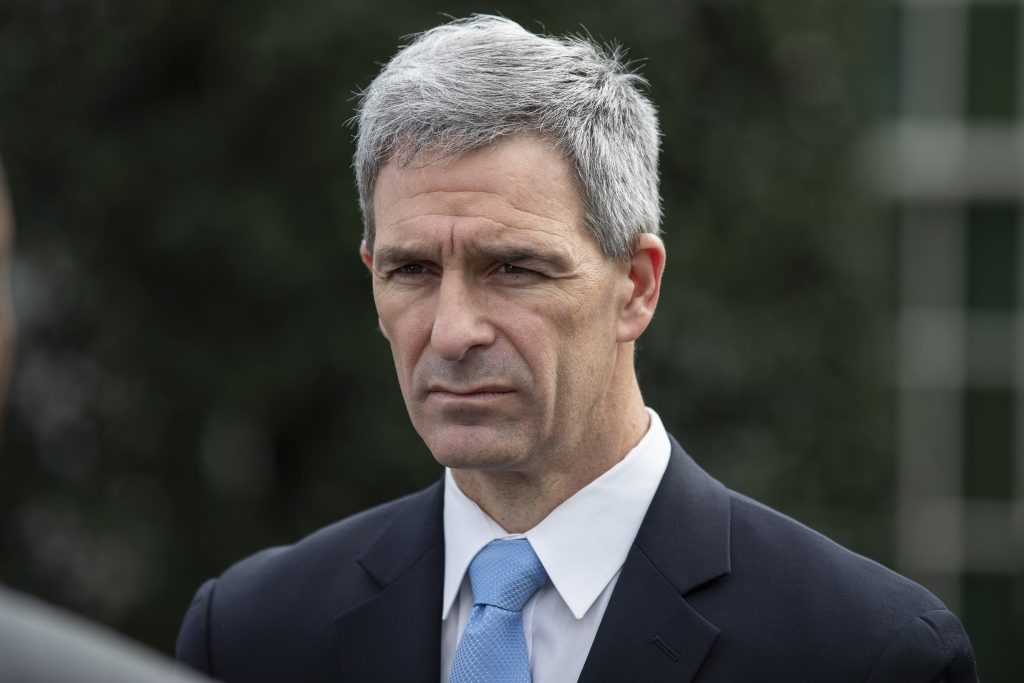 The United States urged Tehran on Monday to send a charter plane to take home 11 Iranian nationals whom Washington wants to deport, and accused the Islamic Republic of stalling the repatriation process.

“We have 11 of your citizens who are illegal aliens who we have been trying to return to your country. You suddenly SAY you want them back, so how about you send a charter plane over and we’ll return all 11 at once?” Ken Cuccinelli, acting deputy secretary of the U.S. Homeland Security Department, said in Twitter posts.

He said Washington had been trying for months to return Sirous Asgari, an Iranian science professor who was acquitted in November of stealing trade secrets but was still under U.S. custody, and that Tehran was delaying the process.

Cuccinelli did not make any mention of a prisoner swap between the two countries that cut diplomatic relations 40 years ago – something Iranian sources have said was in the works.

Iranian Foreign Minister Mohammad Javad Zarif said earlier that Tehran had been ready for a prisoner exchange for some time and that it was the United States that had not responded yet, Iran’s Tasnim news agency quoted him as saying.

Both countries have called for the release of prisoners because of the novel coronavirus outbreak. Iran is the worst-hit country in the Middle East, while the United States has reported the highest number of deaths and infections worldwide from the virus.

Reuters reported last week that the United States was expected to deport Asgari, who tested positive for the coronavirus more than two weeks ago, once he received medical clearance to travel.

Iranian sources have said talks for a prisoner swap between the United States and Iran have been in the works for some time and that Washington was negotiating for the release of Michael White, a U.S. Navy veteran who has been detained in Iran since 2018. He was released from prison in mid-March to Swiss custody and is on medical furlough, but remains in Iran.

It was not immediately clear who would be exchanged for White, but a U.S. official denied that Washington was negotiating to swap Asgari for White as Iranian officials have suggested.

As the United States and Iran lack diplomatic relations, Switzerland looks after U.S. interests with Tehran.

On Monday, Secretary of State Mike Pompeo had a telephone conversation with his Swiss counterpart, Ignazio Cassis, and thanked him for Switzerland’s “continued and constructive role” as Washington’s protecting power in Iran and its assistance in repatriating U.S. citizens from that country.