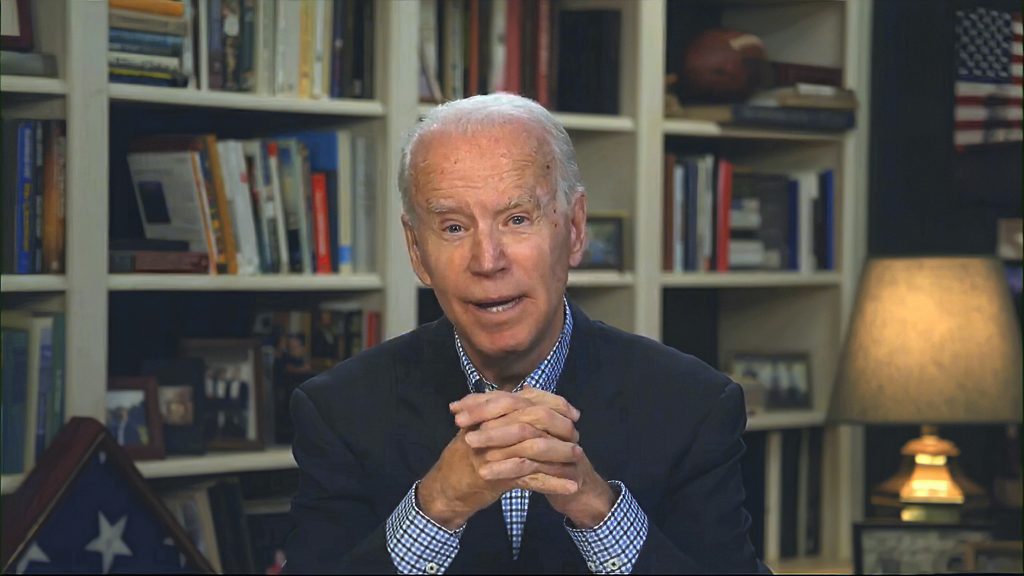 Joe Biden on Tuesday defended his decision to continue campaigning from his Delaware home, arguing that President Donald Trump has been reckless with his public appearances during the coronavirus pandemic.

“I mean, everybody says, you know, ‘Biden’s hiding,’ ” he continued. “Well let me tell you something: We’re doing very well. We’re following the guidelines of the medical profession.”

Biden declined to put a timeline on when he might begin holding live events.

The Centers for Disease Control and Prevention has warned against mass gatherings during the pandemic, as have stay-home orders in many states. Even so, President Trump and his allies have sought to depict Biden’s decision to campaign from his house in a negative light.

The former vice president has been participating in live-streamed discussions, interviews and other videos from cameras set up in his home, where he has remained as the novel coronavirus has swept across the country. He appeared in the ABC interview remotely from his converted basement studio.

Biden noted public opinion polls that showing him defeating Trump, disputing any notion that his lack of travel has hurt him politically. “I reject the premise that somehow this is hurting us. There’s no evidence of that. I’m following the rules,” he said.

“The president should follow the rules instead of showing up at places without masks,” Biden said. Trump appeared at a White House news conference Monday without a mask, even as everyone around him wore them.

The president has started leaving the White House, traveling recently to Camp David in Maryland and to Arizona.

In Tuesday’s interview, Biden also weighed in on Michael Flynn, Trump’s former national security adviser, who had faced charges that were dropped by the Justice Department last week. Flynn had pleaded guilty to lying to the FBI.

“What did you know about those moves to investigate Michael Flynn, and was there anything improper done?” Stephanopoulos asked.

“I know nothing about those moves to investigate Michael Flynn,” Biden said. He accused Trump of trying to divert attention from the coronavirus crisis.

Stephanopoulos followed up, pressing Biden on his reported presence at a January 2017 meeting in which he and President Barack Obama were briefed on the FBI’s plan to question Flynn.

“I thought you asked me whether or not I had anything to do with him being prosecuted. I’m sorry,” Biden responded. “I was aware that there was . . . an investigation. But that’s all I know about it.”

Asked whether the Justice Department was right to drop the charges, Biden was critical of the agency, but he added, “I don’t know the detail of where we are right now.”