Technology States Weigh What to Do With Millions of Hydroxychloroquine Pills
CoronavirusHealth, Science & Technology 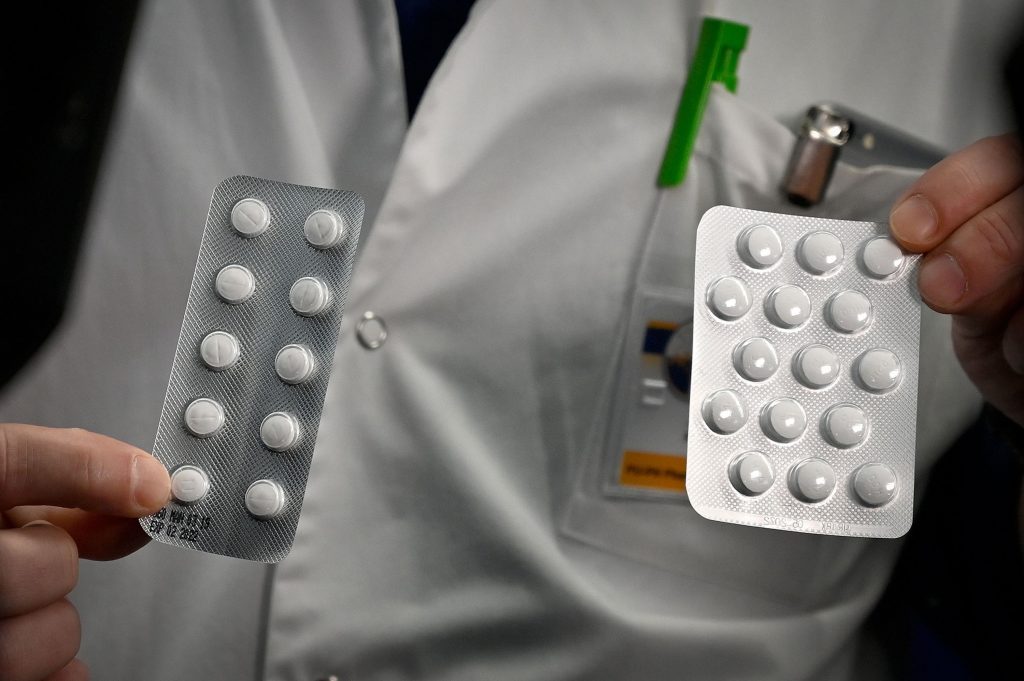 The Strategic National Stockpile has shipped 28 million tablets of a malaria drug that President Donald Trump touted as a potential treatment for COVID-19 to states since April 1. States received millions more from donations or taxpayer-funded purchases.

But after doubts arose about whether the drug, hydroxychloroquine sulfate, is safe and effective for the coronavirus-based disease, states are donating supplies to patients who need them for other reasons, seeking refunds or weighing what to do with them.

As President Trump encourages some states to lift shelter-at-home orders, states report that hydroxychloroquine, a linchpin of Trump’s response to the COVID-19 pandemic, won’t be used to prevent any resulting surge of illnesses and deaths because the drug may not work and has dangerous side effects.

Meanwhile, a whistleblower complaint that was filed Tuesday by former Biomedical Advanced Research and Development Authority Director Rick Bright raises other safety concerns about the stockpile’s hydroxychloroquine and chloroquine tablets.

Bright and other officials were “concerned about the quality and potential toxicity of chloroquine supplies produced and shipped in from facilities in India and Pakistan that were not approved by the FDA, and were therefore not approved to be used in the U.S. marketplace,” the complaint to the Office of Special Counsel alleges.

States like Texas report that the drug no longer plays a role in their emergency response plans. In one week stretching from late March into early April, dozens of Texas hospitals across the state requested 467 bottles of hydroxychloroquine from the state’s emergency supply.

By the week of April 20, as new evidence emerged about the drug’s sometimes deadly side effects, requests fell to a trickle. Ten bottles were requested between April 20 and April 24, data supplied by the Texas Department of State Health Services show. Over the last two weeks, following a Food and Drug Administration warning, no bottles were requested.

About 9,200 bottles of hydroxychloroquine, or 920,000 pills, remain sitting in the Texas stockpile.

North Carolina, which acquired 1.5 million tablets from donations and the national stockpile, also saw a drop-off in requests, according to the state’s Department of Health and Human Services.

Amneal Pharmaceuticals, which donated supplies directly to several states in early April, did not respond to a request for comment.

The hydroxychloroquine boom may have burned up valuable time and resources.

Michael Carome, director of the health research group at Public Citizen, said the use of hydroxychloroquine before FDA approval for COVID-19 may have diverted people from participating in clinical trials to study it and other nascent therapies. It may have also led to deaths.

“Some patients who were given the drug were probably harmed and some may have died,” he said.

Trump began championing the drug as a “game changer” with “very, very encouraging early results” on March 19. The FDA issued an emergency use authorization for hydroxychloroquine sulfate and a related drug, chloroquine phosphate, on March 28, based on anecdotal evidence rather than clinical data.

A small pilot study supporting its efficacy in mild cases, which was touted on Fox News, was determined to not meet the “expected standard” of the International Society of Antimicrobial Chemotherapy, whose medical journal published it.

More evidence emerged throughout April that hydroxychloroquine may not be the effective treatment the president claimed.

The study, funded by the National Institutes of Health, has not yet been vetted by experts through peer review or published in a journal.

By April 24, the FDA issued its warning that hydroxychloroquine should not be prescribed off-label, and should only be used in a hospital or a clinical trial because of heart rhythm risks.

The Infectious Diseases Society of America recommends the drug only be used for COVID-19 in a clinical trial.

Some of the 28 million tablets shipped by the national stockpile will be used to fuel these clinical trials.

In hard-hit New York, the Mount Sinai Health System recommends that its physicians not use the drug to treat patients with COVID-19 because of the potential for harm, including the arrhythmias and the blood disorder methemoglobinemia.

New York Gov. Andrew Cuomo, a Democrat, worked with the Trump administration in March to get hydroxychloroquine. The New York Department of Health did not respond to a request for comment.

The Philadelphia Department of Health specified that though some hospitals independently acquired hydroxychloroquine, the city had not acquired the drug and would not direct its use for COVID-19.

Georgia GOP Rep. Doug Collins said on April 7 that a donation of hydroxychloroquine from drugmaker Amneal “could potentially save thousands of lives across our state.” Collins thanked the Georgia Department of Public Health for helping secure the donation.

The Georgia Department of Public Health referred questions to the governor’s office, which did not respond.