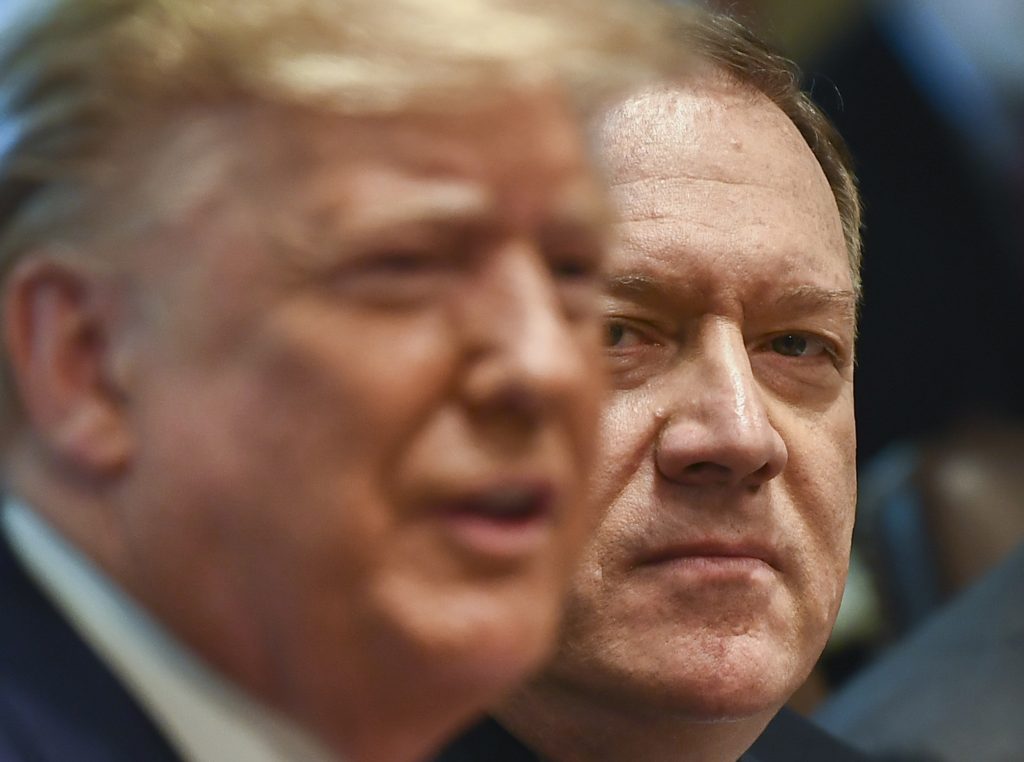 Secretary of State Michael Pompeo again ratcheted up his criticism of China’s handling of the coronavirus pandemic, asserting that it covered up the origins of the virus even as he eased off earlier claims of “enormous evidence” that the virus escaped from a laboratory there.

Pompeo started a briefing Wednesday by laying out a timeline of the Chinese government’s actions, saying that it had silenced doctors’ early warnings about the virus. He repeated the U.S. allegation that it’s still refusing to share virus samples or details about the start of the pandemic and on “patient zero,” the first victim. And he said other countries are starting to see it the U.S. way.

“Our truth-telling and calls for transparency aren’t about politics, it’s not about bullying, it’s not about blame,” Pompeo said. “It’s about the ongoing need to save American lives. This is an ongoing threat.”

The comments signaled yet another escalation in the war of words — led by Pompeo — between the Trump administration and the Chinese government over who’s to blame for the pandemic and which of the world’s two biggest economies will take the lead in halting its spread. That’s made the top U.S. diplomat a target of Chinese ire, with officials there calling him “evil” and a “liar.”

The one area where Pompeo moderated his tone Wednesday was about the origin of the virus. In an interview with ABC on Sunday, Pompeo said there was “enormous evidence” that the pandemic started after the novel coronavirus escaped from a laboratory in Wuhan. The U.S. intelligence community hasn’t been so conclusive in its public statements, saying that the virus wasn’t man-made and either leaked from a lab or was started by animal-to-human transmission.

Yet on Wednesday, Pompeo brought up the Wuhan lab only when asked and wasn’t nearly so definitive, saying, “The intelligence community’s still figuring out precisely where this virus began.” Pressed later, he denied there was any inconsistency between his statements.

“We’re all trying to figure out the right answer,” he said. “There are different levels of certainty expressed at different sources.”

In a comment sure to raise objections in Beijing, Pompeo called for the World Health Organization to grant Taiwan observer status and invite it to attend future World Health Assembly meetings. China claims Taiwan as its territory and strongly opposes such a move. Pompeo also said the U.S. is delaying a report to Congress assessing the autonomy of Hong Kong as it assesses what some officials believe are Chinese attempts to assert more control in the self-governing former British colony.

In an opinion piece released Wednesday, China’s ambassador to Washington, Cui Tiankai, called for an end to the “blame game” over the coronavirus. Cui said in a column published in The Washington Post that allegations blaming China for the outbreak’s spread risked “decoupling” the world’s two largest economies.