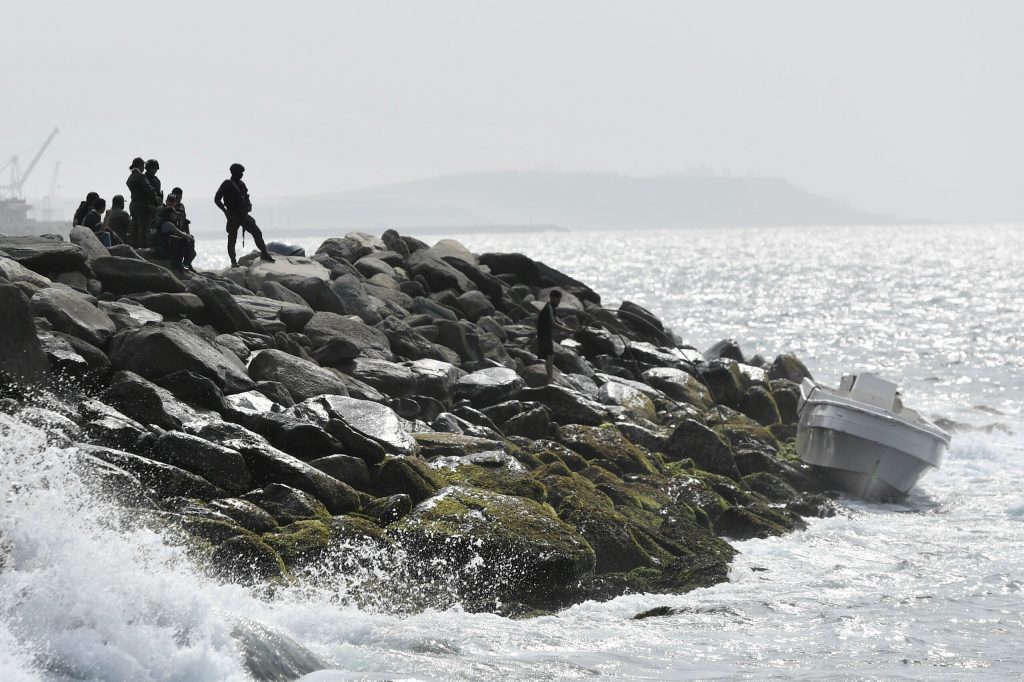 President Donald Trump said Tuesday that the United States had nothing to do with an alleged incursion into Venezuela that landed two U.S. citizens behind bars in the crisis-stricken South American nation.

President Trump said he had just learned of the detention of the pair, accused by Venezuela of being mercenaries. Venezuelan President Nicolás Maduro said they were part of an operation to kill him that was backed by neighboring Colombia and the United States.

“Whatever it is, we’ll let you know,” Trump told reporters in Washington before departing from the White House to Arizona. “But it has nothing to do with our government.”

A third U.S. ex-Green Beret and Silvercorp founder, Jordan Goudreau, claimed responsibility for leading “Operation Gideon,” which was launched with an attempted beach landing before dawn on Sunday. Officials said Tuesday that six suspected attackers were killed, giving a revised figure from the eight previously reported.

Goudreau said the operation was designed to capture — and not kill Maduro. He said he carried it out on a “shoestring budget” after signing an agreement with U.S.-backed Venezuelan opposition leader Juan Guaidó, whom Goudreau accuses of failing to pay him.

Goudreau did not respond on Tuesday to requests for comment from The Associated Press.

On Tuesday, Guaidó again said he had nothing to do with Goudreau, and that he had no relationship with Silvercorp, “for obvious and evident reasons, but we have to make that clear.”

Communications Minister Jorge Rodriguez presented more details of the plot that he said resembled a “Hollywood script” fueled by the “white supremacist” ideas of its alleged American organizers.

“They thought that because we’re black, because we’re Indians, that they were going to easily control us,” said Rodriguez, showing images of what he said were boats and training camps inside Colombia from where the insurrection was organized.

He presented video testimony from a Venezuelan military deserter, Capt. Victor Pimenta, one of 13 captured participants.

Pimenta said that a group of nearly 60 combatants left Colombia at sundown on Friday May 1 in two boats aiming to reach La Guaira along the coast near Venezuela’s capital of Caracas.

The second vessel carrying the commander of the operation, Capt. Antonio Sequea, and the two Americans experienced motor problems and had to abort the mission, he said.

Initially, the stranded group tried to reach the Dutch Caribbean island of Bonaire, Pimenta said, but as the vessel was running out of fuel, it dropped off a group of combatants along the Caribbean coastline. Commandos from Venezuela’s armed forces caught up with them.

Rodriguez also presented video testimony of another individual, José Socorro, who claimed that he had been working with Sequea to collect and stash weapons for the combatants at a safe house in La Guaira.

Venezuela is gripped by a deepening social and economic crisis under Maduro’s rule that has led nearly 5 million residents to flee crumbling social services, such as unreliable water, electricity and broken hospitals.

The U.S. is among nearly 60 nations that back Guaidó as Venezuela’s legitimate leader, saying Maduro clings to power despite a sham election in 2018 that banned the most popular opposition candidates from running.

Venezuela and the U.S. broke diplomatic relations last year, so there is no U.S. embassy operating in Venezuela’s capital of Caracas that can offer the two detained men assistance.

“It shocks me how insane they were,” said Mike Vigil, the former head of international operations for the Drug Enforcement Administration. “They walked right into a coiled rattlesnake without even having minimally studied the capacity of the Venezuelan armed forces. There’s no way the U.S. government would’ve supported an operation like this.”