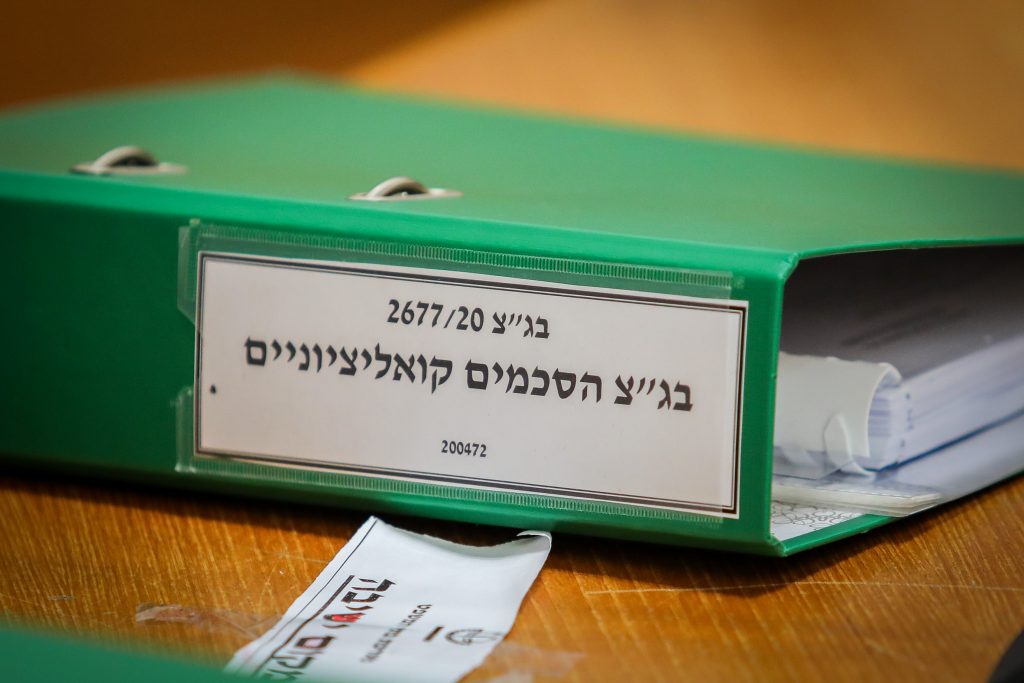 After the High Court raised concerns earlier in the week over three elements of the Likud-Blue and White emergency coalition agreement, the parties updated the agreement on Tuesday.

The judges objected to a six-month freeze on non-coronavirus related legislation, which the parties accepted and replaced that clause with a sentence stating that virus-related laws would be given preference.

The judges objected to a six-month freeze on senior appointments, which the parties amended to a period of three months.

The judges also objected to Blue and White’s expanded version of the so-called “Norwegian Law,” which allows any MK appointed to a ministerial post to resign temporarily from the Knesset, thereby permitting the next candidate on the party’s list to enter parliament in his or her stead. Blue and White wanted to expand this law and enable it to skip lower down the list its voters approved at the last elections. This, because since the election, the Telem and Yesh Atid factions broke away from Blue and White due to faction head Benny Gantz’s agreement to form an emergency government with Prime Minister Binyamin Netanyahu. The clause promising the passing of this law was scrapped.