National When Will the Toilet Paper Shortage End?
CoronavirusNational 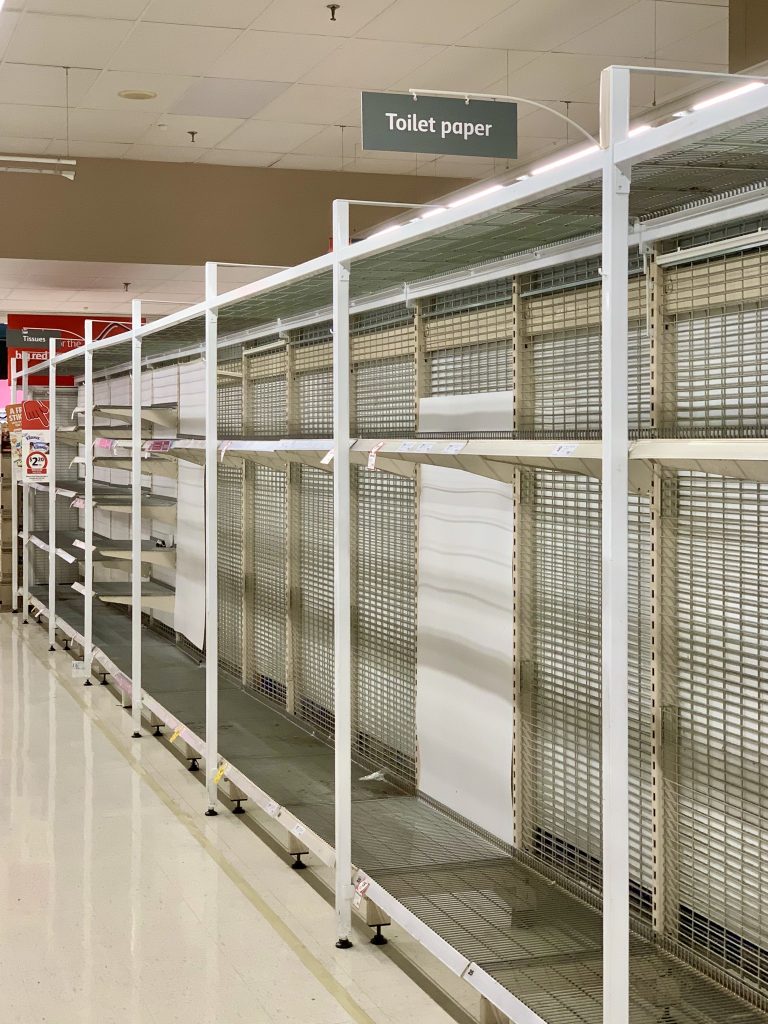 Paper goods giant Georgia-Pacific is cranking out 1.5 million more rolls of toilet paper a day than two months ago, but George Bugg still can’t find it on the shelves of the Decatur, Ga., stores where he shops.

Bugg wants to know: What gives? Nearly two months into new shopping habits brought on by the coronavirus pandemic, why haven’t manufacturers caught up to demand for toilet paper and paper towels?

“I didn’t think we are using much more than usual. But, in the last month, I haven’t been able to find it at Sam’s. I went to Kroger the next day, the paper towel rack was empty. There were a few off-brand packs of toilet paper, and people were picking up those,” said Bugg.

It’s the same across much of the nation. In response, manufacturers have restarted idled tissue-making machines, increased efficiency in their 24-hour, seven-day operations, and shipped more paper faster. But they haven’t caught up to panicked consumer buying and societal and business changes that have altered American loo-ology. The situation leaves business marketeers unable to predict when the TP shortage might end.

Bugg is likely right. American’s are not using more toilet paper, though they are probably using more paper towels for cleaning.

But where that’s occurring has changed, and that’s one thing contributing to the shortage.

Companies make two lines of toilet paper. One is made from recycled paper and some virgin wood fiber and ends up in offices, schools, factories, restaurants and hospitals. The other line is higher quality and meant for homes. It starts as a slurry of mostly imported, soft Brazilian eucalyptus wood fibers and is manufactured into multiple plies with stamped patterns and even scents. With people staying at home because of business closings and shelter-in-place orders, the need for the home-quality stuff has skyrocketed, creating an instant and vast imbalance in demand.

Data from Atlanta-based Georgia-Pacific shows an average U.S. household of 2.6 people uses 409 rolls of toilet paper yearly. But staying at home 24-7 would result in about a 140% increase of average daily usage.

Runge — a former 15-year veteran of Kimberly-Clark, one of the big three U.S. tissue manufacturers, along with Georgia-Pacific and Proctor & Gamble — said there is more to the calculus of shortage.

The profit margins for tissue paper are low. To stay competitive, companies have just enough equipment to meet expected demand. The sudden rush was a component that disrupted the carefully balanced supply process.

Georgia-Pacific is squeezing efficiencies out of its 14 paper-making plants, including one in Savannah.

“We are breaking production records and shipping beyond our typical capacity,” spokesman Eric Abercrombie said. He declined to say what its total capacity is because of competitive issues.

Runge said companies could make more household tissue by converting machines from making commercial toilet paper to household tissue. But that would mean shutting down a machine to switch over.

And though many commercial users of toilet paper have shut down operations, they have continued, like household consumers, to stock up, Abercrombie said. So buying has not declined.

Buying and hoarding have been a hallmark of the coronavirus shopping binge unlike anything the nation has seen for generations. Hoarding has happened regionally, such as when a hurricane or snowstorm hits. But the pandemic has had global reach.

Retailers usually keep several weeks’ worth of goods on hand in warehouses, but the national shopping binge drained stocks quickly of high-demand items.

And, when shoppers see shelves empty of the items they are looking for, they tend to stock up the next time they find the goods.

“People don’t know why this is happening, so they keep it safe and buy as much as they can,” University of Georgia assistant marketing professor Julio Sevilla said.

The constrained supply will likely continue, according to Chicago big-data firm IRi in a recent report.

“And projecting how long that demand will continue has become a far more complex problem. With unforecastable, unpredictable consumer buying, carefully tuned forecasting models and inventory planning algorithms based on historical consumer behaviors are essentially rendered useless during a pandemic,” the report concludes.

Proctor & Gamble’s tissue plant in Albany, one of the U.S. cities hardest hit by the virus, has increased its production of Charmin toilet paper.

John Patteson, a department leader running the four-story high, 100-yard long tissue machine, said the company is taking steps to keep workers safe and production uninterrupted. P&G has staggered start times for shifts and assigned crews to specific break rooms, and bathrooms, so workers are less exposed to each other. It implemented new sanitizing procedures for work spaces, protocols to keep workers distanced, and it screens every worker daily. The plant has not lost a worker to the virus. He declined to say if any workers have had the infection.

The team cranked up an idled tissue-making component in record time of two weeks to add 20% to production recently. And they have accomplished even as Dougherty County has seen more than 1,400 cases and more than 114 deaths.

“I can tell you, it’s very difficult personally with all of this,” said Patteson. “The South is built on relationships, and we deal with problems and crises together.”

He’s reminded of when Hurricane Michael swamped the region in 2018, he said. Friends, family and strangers worked elbow to elbow to set the city and county right.

“This is very difficult because we haven’t been able to deal with it personally,” he said.

“That Southern hospitality we once had has been taken from us. … Everybody is six feet apart doing that.”