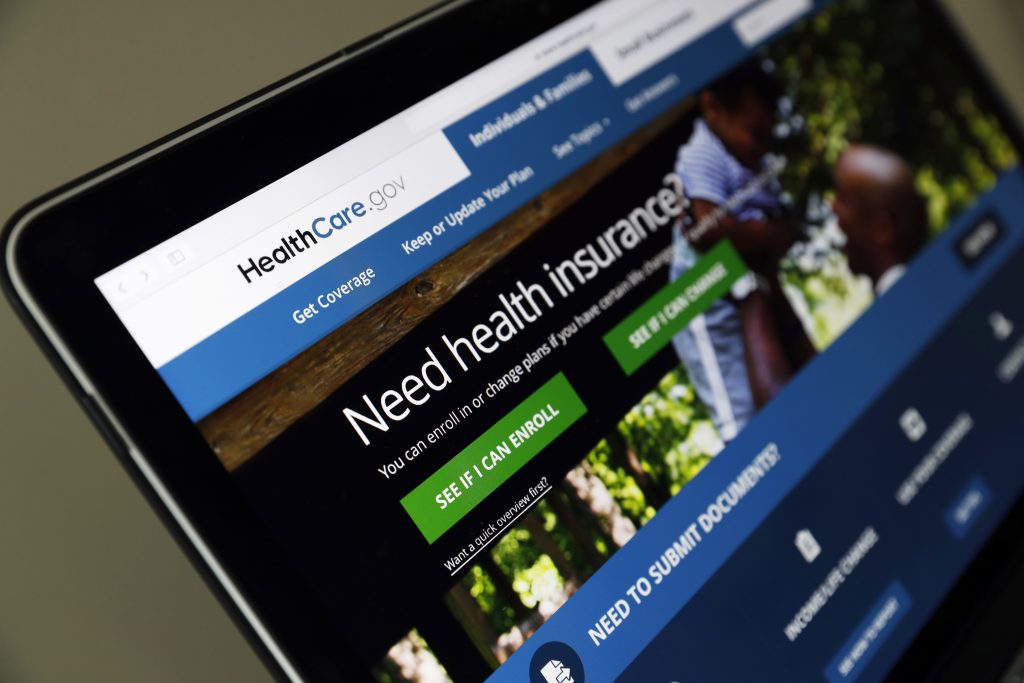 Mass layoffs are pushing many Americans into an unfamiliar role: shopping for health insurance that isn’t offered by an employer.

A swirl of confusing terms and options await inexperienced shoppers as they sort health insurance plans. And there’s probably no one from human resources available to quickly answer questions.

The coronavirus pandemic has thrown 1 in 6 American workers out of a job. Navigators, brokers and others who help people find coverage say they are starting to see a wave of new customers looking for help either from the Affordable Care Act’s insurance marketplaces or the government-funded Medicaid program.

Here are some steps to take if you wind up on the market for new coverage.

People who lose health insurance through work might be able to avoid a big search by switching to a spouse’s employer-sponsored plan.

If that’s not possible, they might be able to choose the pricey option of continuing their coverage from work under the federal law known as COBRA. That would allow you to keep the doctors already covered in your insurer’s network.

Laid-off workers also have a 60-day window in which they can shop the ACA marketplaces for coverage they might be able to buy with help from income-based tax credits.

That window doesn’t apply to people who lost a job that didn’t come with insurance. But several states are offering a separate enrollment period that may help them.

Some people also may qualify for the government’s Medicaid program, which helps those with low incomes.

Did you know that your employer probably paid as much as 70 percent of the insurance premium? If not, you will quickly realize that when choosing to continue coverage under COBRA.

In that case, the laid-off employee will pay the entire monthly bill for coverage plus an administrative fee. That could cost more than $1,000 for a family plan.

Then there are the ACA marketplaces, where monthly premiums also can be several hundred dollars depending on the coverage.

But shoppers there can buy insurance with help from income-based tax credits. That’s something many don’t understand, according to Jeremy Smith, a West Virginia-based navigator who helps people find coverage in several states.

“If people have never had to worry about these programs, they’ve never put much thought into it,” he said. “Most call us, and they automatically think that the insurance is going to be so outrageously expensive that they’re not going to be able to touch it.”

After being laid off April 1, Dianne Waldorf spent about an hour and a half bouncing between websites and trying to figure out whether she qualified for Medicaid or if she should just buy individual insurance. The 54-year-old Boca Raton, Florida, resident needed coverage to deal with some health problems, including a brain aneurysm that doctors are monitoring.

But she got so frustrated she wondered whether she should continue.

“There’s so many different options available, and they ask you so many questions,” she said. “You just get overwhelmed.”

Then Waldorf found a phone number for HealthSherpa, a company that helps people find coverage in the marketplaces.

She said a representative took about 15 minutes to guide her to a plan that cost about $80 a month with the tax credit.

Companies like HealthSherpa, as well as navigators and insurance agents, may be available to help find a plan. They also can assist shoppers in figuring out tax credits.

Help from health insurance navigators is free, but they may be hard to find in some states. HealthSherpa also does not charge customer fees, but it receives a commission from some plans, as do many brokers or agents. Shoppers should ask about fees or commissions when seeking assistance.

Callers to the federal government’s health insurance enrollment helpline — 1-800-318-2596 — may have to wait depending on when they call.

First thing in the morning is a good window to hit, said Joshua Peck, co-founder of the non-profit Get America Covered. Peck, who worked in the administration of former President Barack Obama, said call volume usually hits peak levels in mid- to late afternoon.

If you search online, avoid jumping at the first option Google produces. That might be a short-term coverage plan. Those can be cheaper than regular insurance, but they may have big limitations and might not cover conditions you had before enrolling.

Expect delays, especially when dealing with Medicaid. Those applications can get held up by complications that might not surface when an employee picks work-based coverage, said enrollment expert Ben Geyerhahn.

His company, BeneStream, helps people sign up for Medicaid and has been working lately more with customers who usually make $40,000 to $70,000 annually and have never used the Medicaid system.

“I think that people have gotten used to high-quality, low-friction services,” he said. “There’s a lot of interesting and wild policy complexity built into the system that surprises people.”