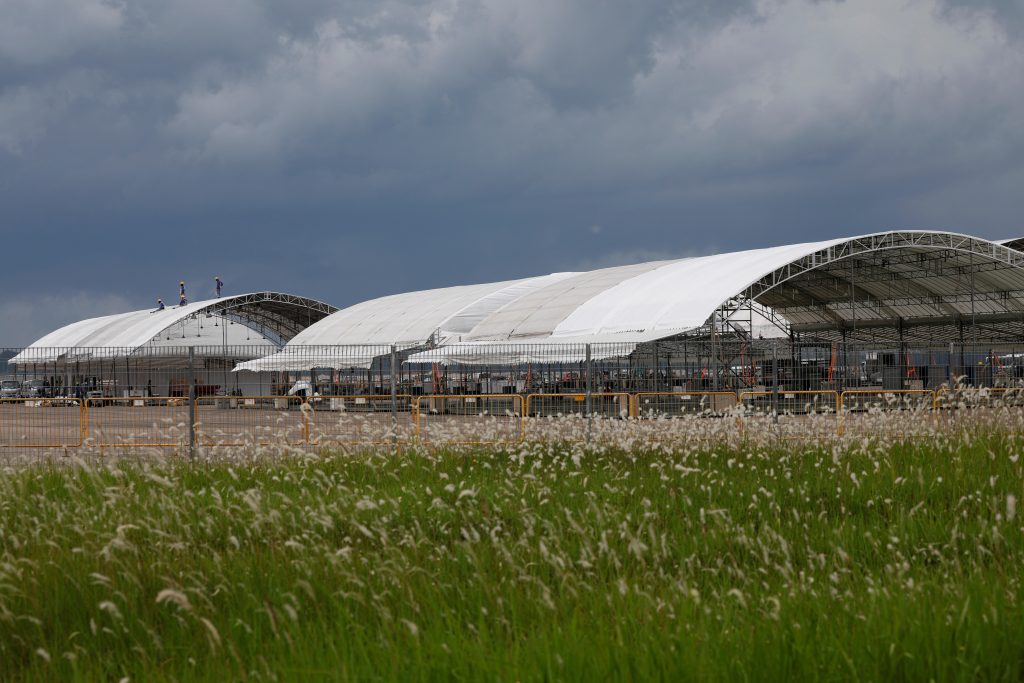 Singapore is rapidly building bed space for coronavirus patients in cavernous exhibition halls and other temporary facilities as it faces a surge in cases, mainly among its large community of low-paid migrant workers.

The tiny city-state of 5.7 million people has over 12,000 confirmed infections of the virus that causes COVID-19, one of the most in Asia, due to outbreaks in cramped dormitories housing over 300,000 mainly South Asian workers.

One such facility at Changi Exhibition Center – home to the Singapore Airshow, Asia’s biggest aerospace gathering – could eventually house over 4,000 patients recovering from the disease and those with mild symptoms.

“The entire process of setting up the infrastructure took six days,” Joseph Tan, a member of the organizing committee for the temporary facility, told Reuters on a visit.

The first patients, mainly from Bangladesh and India, were moved on Saturday into the vast conference hall, partitioned into rooms for eight to 10 people, with metal beds, plastic storage drawers and fans.

Singapore trails only China, India, Japan and Pakistan in Asia for the number of coronavirus infections. More than 10,000 of those infected, some 80% of its total, are foreign workers, many of whom have been placed in “isolation facilities” for people with mild symptoms such as the conference centers.

Despite the high total of cases, Singapore has reported 12 deaths and 24 people are in intensive care.

Singapore’s young overseas labourers, earning as little as $15 a day, live in dormitories with bunk-bed accommodation in areas little visited by tourists to the modern city-state. Many are under government-ordered quarantines due to mass outbreaks, with workers left inside battling a constant fear of catching the virus.

At the new Changi isolation centre, each room has blood-pressure monitors and other medical equipment for patients to conduct their own health checks three times daily, while remote-controlled robots provide meals and teleconferencing services to reduce contact.

Authorities are also trialling a four-legged robot dog built by Boston Dynamics at the facility, which they said could be used to deliver medicines to patients or take their temperature.

The indoor space can house 2,700 patients, while an ongoing outdoor extension will add another 1,700 beds. A nearby conference center called EXPO is already housing hundreds of COVID-19 patients.

Around 10,000 healthy workers in essential services have been moved from dormitories into alternative housing, including military camps, converted sports halls and accommodation ships for offshore workers, authorities say. Rows of white huts are also being hurriedly assembled at the Tanjong Pagar shipping-container port. The facility could house up to 15,000 foreign workers, local media reported, but authorities have yet to decide how it will be used.

“We are continuing to explore additional space for various reasons, including facilities for suspect cases or infected workers, and also for workers who are recovering or who have fully recovered,” a spokeswoman for the Ministry of National Development said in an emailed statement, adding that the Tanjong Pagar site was part of that plan.