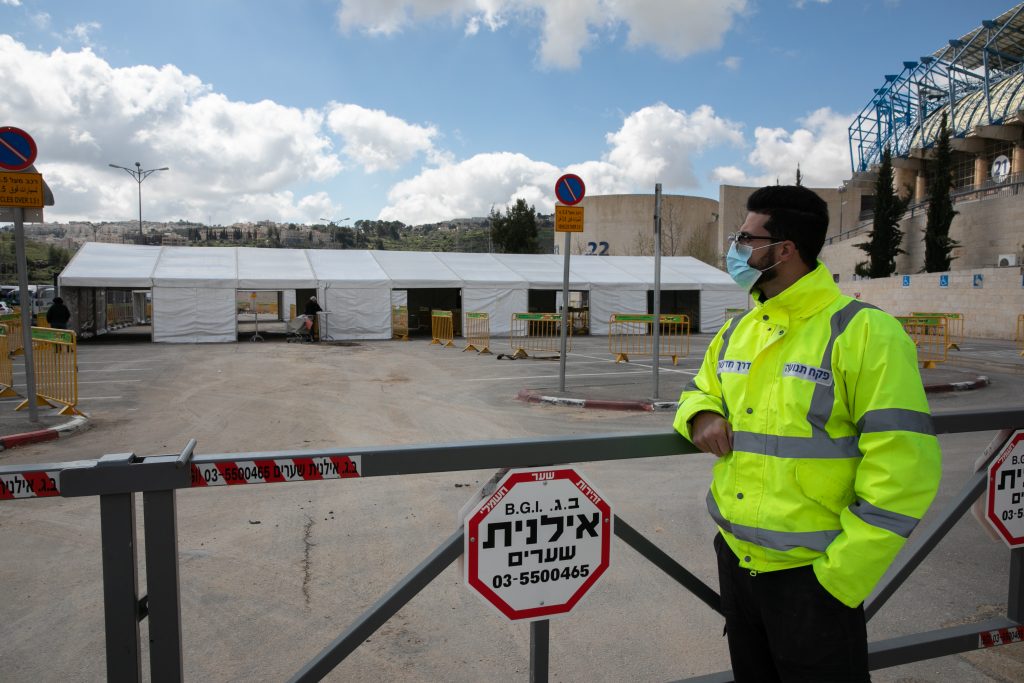 The Shin Bet has broken up a Hamas terrorist cell suspected of plotting a series of major terror attacks on civilian and military targets in Yerushalayim and in Yehudah and Shomron, it was revealed Wednesday.

The cell had planned attacks on a number of targets including Teddy Stadium in Yerushalayim as well as IDF positions in the Binyamin District of Shomron, north of the capital.

Last month, three Hamas terrorists from the cell were arrested by Israeli forces and transferred to the Shin Bet for interrogation, the Shin Bet said on Wednesday.

The terrorists included 27-year-old Ahmed Sajdia, a resident of Qalandiya; 24-year-old Umar Eid, an Israeli-Arab citizen who was residing in Deir Jarir, near the Jordan Valley; and 26-year-old Mahmud Hamad, a resident of Kafr Aqab, in East Yerushalayim.

The three suspects met each other during their studies at Bir Zeit University, where Hamas has an active outreach operation among students.

The Shin Bet said that they initially planned to construct a bomb and set it off in Teddy Stadium, before realizing that this would be too difficult to carry out due to the venue’s tight security.

According to the Shin Bet, the three men also assisted in a number of attempted bombings against Israeli troops in recent years.

The Shin Bet said that the arrest of the men, including Umar Eid, who holds an Israeli ID card, has prevented a serious attack on Israeli civilians and soldiers, and this joins a series of terrorist attacks that have come from activists at the university in recent months.