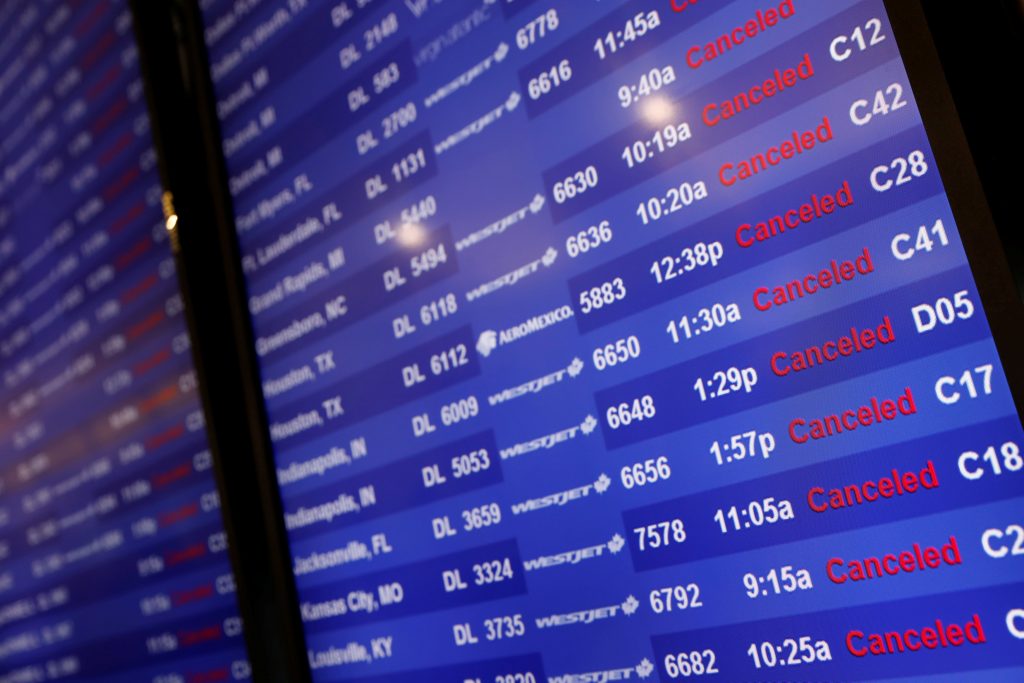 Delta Air Lines, the biggest and most profitable U.S. airline, lost $534 million in the first quarter, a setback that will appear trivial when the full force of the pandemic is revealed in the current quarter.

Delta warned Wednesday that revenue during the April-through-June quarter, typically a period of harried travel, will plummet by 90% compared with last year, when there were no government travel restrictions and flights were full.

“These are truly unprecedented times for all of us,” CEO Ed Bastian said.

Delta is the first U.S. carrier to detail the damage that began to emerge in at the tail end of the first quarter, although United Airlines said Monday that it would record a pretax loss of $2.1 billion, confirming what most had suspected.

Industry leaders just weeks ago talked of a slump that would be followed by a sharp rebound once the public felt that the outbreak was under control. They’re now bracing for a much more painful and drawn out recovery.

Flights within the United States in the past week have averaged about 12 passengers each, according to trade group Airlines for America.

And there are already 75% fewer flights than is typical.

Delta is now paying out more in refunds for cancelled flights than it receives from new bookings. At the end of March, it was burning through $100 million a day, though it hopes to cut that rate in half before July.

With passenger traffic roughly 5% of year-ago levels, Delta is taking an ax to its schedule, cutting passenger-carrying capacity in the second quarter by 85%, with the deepest cuts on international routes. Delta has parked more than 650 planes, closed airport lounges and offered unpaid leave of up to a year — 37,000 employees, more than one-third of Delta’s work force, have accepted.

Delta will get $5.4 billion in grants and loans from the federal government to cover payroll costs through September. What happens to employees after the federal money runs out isn’t clear, but Delta expects to be a smaller company after the pandemic subsides.

The airline could apply for $4.6 billion more in federal loans. It has raised $5.4 billion from bank loans, aircraft sale-leasebacks and other measures and drawn down $3 billion from earlier credit lines.

For the first quarter, the Atlanta carrier’s pretax loss, not counting adjustments to investments, was 51 cents per share, matching Wall Street expectations, according to a survey by FactSet.

Revenue dropped by $1.9 billion, or 18%, to $8.59 billion, well below industry analysts projections of $9.18 billion, and Delta’s weakest since early 2013. The decline was in every part of the plane — revenue fell in both premium seating like business class and in the main cabin.

The average flight was 73.1% full, down nearly 10 percentage points from a year earlier, but that figure covers the entire quarter — there were far more empty seats in the second half of March.

About the only bright spot for Delta was the fuel bill, which fell 19%, a savings of $383 million. But like people who are stuck in their homes during the pandemic, Delta isn’t taking full advantage of plunging energy prices because it is canceling so many flights.

Shares of Delta Air Lines Inc., which have dropped 60% since the start of the year, are down slightly before the opening bell.