Technology Coronavirus Is Largely Spread by People Without Symptoms; Here’s What That Could Mean for Reopening the Economy
CoronavirusHealth, Science & Technology 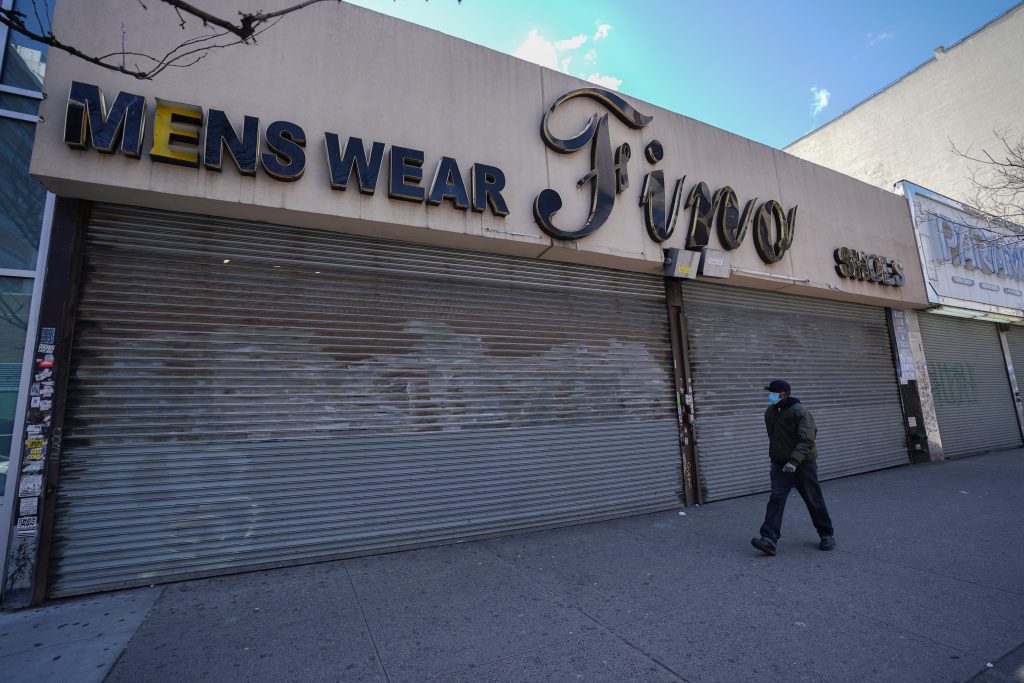 Just two months ago, the discovery that two people infected with the coronavirus had no symptoms was such big scientific news that it was published in the New England Journal of Medicine.

Now, it is becoming clear that much, if not most, of the spread of the virus is by infected people who don’t get sick. New evidence comes from a Boston homeless shelter, an Italian town, a California county, and a Navy aircraft carrier.

“With regard to COVID-19, we’re learning that stealth in the form of asymptomatic transmission is this adversary’s secret power,” Rear Adm. Bruce Gillingham, surgeon general of the Navy, said at a briefing earlier this month.

That secret power has huge implications for curbing the pandemic, and further dampens the prospects for safely reopening the United States before therapies or a vaccine are available.

Last month, German researchers shared a study of nine hospitalized patients who they found had released, or “shed,” coronavirus in their spit and stool very early in their infections, and for up to a few weeks after symptoms ended. That suggested people might be infectious before and after they were sick, which would make stopping the spread even tougher.

Meanwhile, health officials were reassuring the public that asymptomatic transmission was unusual, and the virus mostly spread in droplets sneezed or coughed by a sick person.

The Navy tested the entire 4,800-member crew of the coronavirus-stricken aircraft carrier Theodore Roosevelt. Over 600 sailors tested positive, yet 60% of them had no symptoms such as fever, fatigue or cough, Reuters reported.

At a Boston homeless shelter, an outbreak prompted testing of 397 people. Of the 146 people who tested positive, none was considered symptomatic, CNN reported.

In Santa Clara, Calif., Stanford University researchers early this month used Facebook to recruit a representative sample of 3,330 residents. Using blood tests that look for disease-fighting antibodies to coronavirus — a sign of previous infection — the researchers estimated that between 2.5% and 4% of the population had contracted the virus. That suggested the actual number of infections was 50 to 85 times more than the number of confirmed cases.

In Vo, Italy — where that country’s first coronavirus death occurred — the whole town was locked down in early March and all 3,000 inhabitants were tested. Not only did this enable containment of the virus, but it provided epidemiological clues.

“At the time the first symptomatic case was diagnosed,” a University of Padua researcher wrote in the Guardian, “a significant proportion of the population, about 3%, had already been infected — yet most of them were completely asymptomatic.”

In the U.S., diagnostic testing for COVID-19 has gone from practically nonexistent to severely rationed. Big companies are now marketing the complex molecular tests, but the number of tests per day has plateaued at about 145,000, according to the COVID Tracking Project. Testing continues to be plagued by backlogs and shortages of needed chemicals, swabs and face masks.

The bottom line: If you are infected but don’t have symptoms — as lots of people apparently are — you can’t get a diagnostic test.

Michael Mina, an epidemiologist and infectious disease specialist at Harvard University’s Chan School of Public Health, said testing has been so inadequate that estimates of rates of transmission, death and immunity are shots in the dark.

“How off we’ve been is hard to say,” he said during a teleconference last week.

A simpler type of test that measures blood antibodies — like the test used in Santa Clara — is just beginning to be marketed. In theory, a person who has recovered from COVID-19 will have antibodies that confer protective immunity — at least for a year or two.

Antibody tests have been touted by health and government officials as a way to identify workers, particularly those in essential jobs, who can safely lead the return to normal life.

But just like coronavirus diagnostic tests, antibody tests have been plagued by problems. The logistics of antibody surveillance, called “seroprevalence” testing, are unclear, so researchers and health departments have randomly jumped in to start doing it.

The accuracy of antibody tests is also unclear, partly because they are basically unregulated. The U.S. Food and Drug Administration said companies could market such tests without regulatory review — and then warned companies to stop falsely claiming their tests were FDA approved or authorized.

“The FDA has really swung the pendulum, in my opinion too much,” Mina at Harvard said. “Things are getting (to market) that probably shouldn’t be.”

On Saturday, FDA Commissioner Stephen Hahn issued a statement saying its approach to COVID-19 testing “has been a careful balancing of risks and benefits to meet urgent public health needs,” and the agency “still expects tests to be validated.”

Ideally, enough people develop immunity to a dangerous virus, either through infection or vaccination, that even if an outbreak occurs, it won’t spread far. This is called “herd immunity”: the minority of people who are vulnerable to infection are shielded by the majority who are immune.

The level of immunity needed to protect the herd depends on how transmissible the virus is. Measles, for example, is so contagious — one infected person can infect 18 others — that outbreaks occur even though about 90% of the population has immunity.

As for the coronavirus, experts originally estimated that each person infects two to three others. The new data on asymptomatic spread suggest the number is somewhat higher.

In some ways, that is good news, as science journalist Ed Yong wrote in the Atlantic: “If it turns out that, say, 20% of the U.S. has been infected, that would mean the coronavirus is more transmissible but less deadly than scientists think. It would also mean that a reasonable proportion of the country has some immunity.”

But even that “optimistic scenario,” Yong wrote, would not be enough for herd immunity. An estimated 60% to 80% of the population would have to be infected for all 330 million people to be protected without the vaccine that will, it is hoped, be available by the end of 2021.