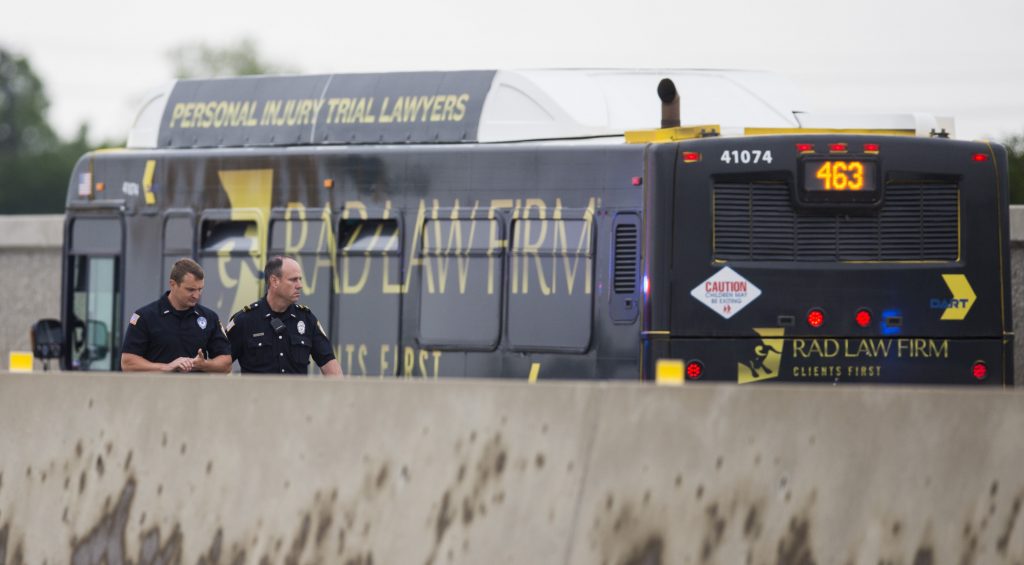 A man opened fire on a Dallas-area public bus on Sunday, hijacking it with two people aboard and leading officers on a chase that ended in a shootout in which the man was killed and three officers were wounded, according to police officials.

A man got on the Dallas Area Rapid Transit bus in Richardson, just north of Dallas, at around 11 a.m and opened fire, shattering windows, said Gordon Shattles, a DART spokesman.

The man took the driver hostage and fired at DART officers who tried to stop the vehicle while police from other agencies joined the pursuit eastward along the President George Bush Turnpike, said Garland police officer Pedro Barineau.

“During the pursuit shots were continually being fired from the actual gunman inside the bus toward the officers and the officers were returning fire,” Barineau said.

Police eventually used a spike strip to stop the vehicle along the freeway in the suburb of Rowlett, according to Barineau.

The man continued firing as he exited the bus after it stopped, and officers returned fire, killing him, said Barineau, who didn’t release the suspect’s name. A DART public transportation officer and a Garland police officer were shot and wounded, but their injuries weren’t considered life-threatening, he said.

A Rowlett police officer also was injured when the window of his patrol vehicle was shot out, according to Rowlett police spokesman Cruz Hernandez. He said the officer is expected to recover.

Shattles had earlier said two officers, a DART officer and a Garland officer, were wounded.

Another passenger was on the bus during the chase, but was not injured, DART spokesman Gordon Shattles said.

Officers from Richardson, Garland, Dallas, Rowland and DART, which serves Dallas and its suburbs, took part in the chase. No motive for the shooting has been released. An investigation continues.