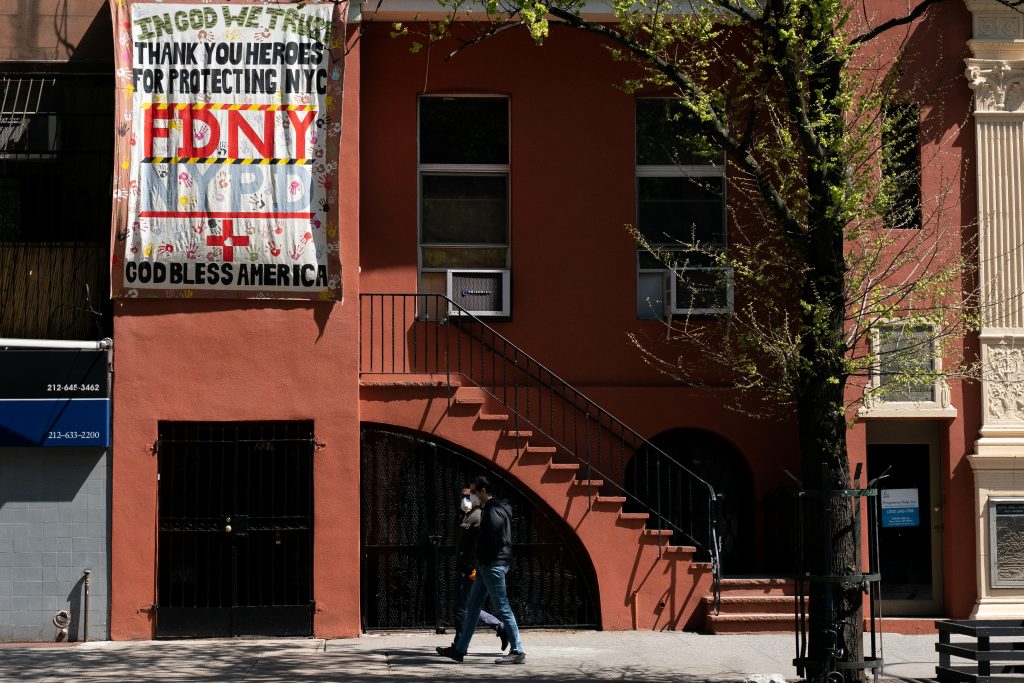 The coronavirus death toll in New York dropped again, a sign that Gov. Andrew Cuomo said Sunday means the state is “on the other side of the plateau” and that ongoing social distancing practices are working to stem the spread of the virus.

Gov. Cuomo said 507 people died on Saturday, down 43 from the previous day. Hospitalizations and other medical indicators are trending downward.

But Cuomo and Mayor Bill de Blasio maintained their warnings that people in New York City and the rest of the state need to stay vigilant to curb the spread of the virus.

The drop in the death toll in New York reported Sunday prompted Cuomo to say, “We are on the other side of the plateau.”

But both Gov. Cuomo and Mayor de Blasio said the crisis is far from over, cautioning that the temptation for cooped-up New Yorkers to take advantage of the spring weather presents new challenges to keep the outbreak in check.

Police and park officers will be out in force to break up outdoor gatherings that pose a risk, with violators facing potential fines of up to $1,000, the mayor said. The city is encouraging people to text authorities photos when they spot the gatherings.

President Donald Trump is betraying his fellow New Yorkers by failing to push for billions of dollars in additional federal aid needed to help the city deal with the coronavirus economic crisis, de Blasio said Sunday.

The mayor had harsh words for the Queens-born president, claiming both he and Vice President Mike Pence have ignored his overtures on the stimulus funds.

“Right now, you are failing to protect the very people you grew up around,” de Blasio said of President Trump. “When New York City is in need, where are you?”

The number of New York Police Department officers calling out sick is declining.

So far, more than 2,000 members of the NYPD have returned to full duty after recovering from a positive test for the coronavirus.