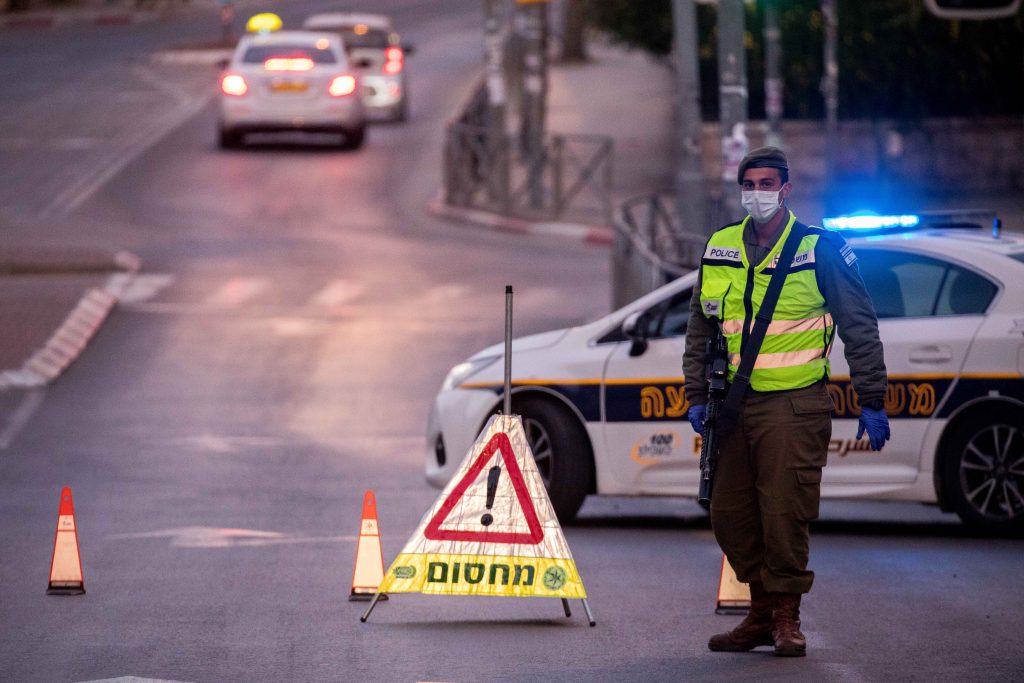 A 37-year-old man who succumbed to the coronavirus at Petah Tikva’s Rabin Medical Center on Tuesday became the youngest fatality in Israel in the pandemic. Hospital officials said that he was also suffering from several preexisting conditions.

That brought the total number of fatalities to 61 since the outbreak began. Four more deaths subsequently on Tuesday night raised the number to 65. Among them was a 95-year-old man with other medical issues.

The number of people diagnosed with coronavirus in Israel reached 9,248 as of Tuesday evening, according to the Health Ministry.

In addition, 149 patients were reported to be in serious condition, including 117 on ventilators. Another 189 people were in moderate condition and 770 had recovered, and all the others showing mild symptoms.

The condition of a 29-year-old coronavirus patient deteriorated and he was sedated and put on a respirator at Assuta Medical Center in Ashdod. Doctors said he was responding well to treatment, according to The Times of Israel.

Rabbi Bakshi Doron, 79, came to the hospital for routine treatment and complained of coronavirus symptoms. His family was ordered into self-quarantine.

His condition was described as mild, but his age and medical history put him in a high-risk category. The family asked the public to daven for the recovery of Rabbi Eliyahu Ben Tova Beheyeh.

Speaking to a public anxious for word that the worst will soon be over, Health Ministry Director-General Moshe Bar Siman-Tov told Channel 12 that a gradual return to normalcy will depend on the trajectory of cases.

If in the next few weeks the rate of new coronavirus cases drops from hundreds of new cases a day to dozens, the government will be able to permit a larger percentage of the workforce to return to their offices, 30 percent instead of the current 15 percent.

Siman-Tov also said that if the numbers improve, a phased reopening of schools will be possible and people will be allowed to go more than a hundred yards from their homes.

“Israel in a much better place than more or less all advanced countries we compare ourselves to,” he said. “The steps we’ve taken have proven themselves up to this point.”

On Tuesday night, officials at the Health Ministry and the Ministry of Defense signed a contract with the company BGI to provide equipment to perform at least 10,000 coronavirus tests a day. The test kits will be distributed to 6 laboratories of the country’s health funds over the next few weeks.

Meanwhile, the Shin Bet said that its digital tracking program has helped to identify over 1,500 cases of the virus.

The Health Ministry has been transferring names of confirmed coronavirus patients to the Shin Bet, which then tracked their phones, in order to determine who was in their proximity so as to alert them to immediately enter quarantine, according to Ynet.

Prof. Siegal Sadetzki, the head of public health at the Health Ministry, told Knesset members on Monday that were it not for the Shin Bet, more than 60 percent of those who needed to enter quarantine would not have been located.

Shin Bet furnished the data in accordance with a directive from Attorney General Avichai Mandelblit that it must update the Knesset’s Foreign Affairs and Defense committee and newly formed special coronavirus committee every three days.

It was one of the special measures adopted to ensure that the security service did not abuse the technology, hitherto utilized only in counter-terror operations, to invade the privacy of citizens beyond what would be justified by the pandemic emergency.

Sources close to the attorney general said that Mandelblit and his staff have been closely inspecting all government actions since the epidemic broke out to ensure that no undemocratic measures or actions are taken during the crisis, Ynet said.