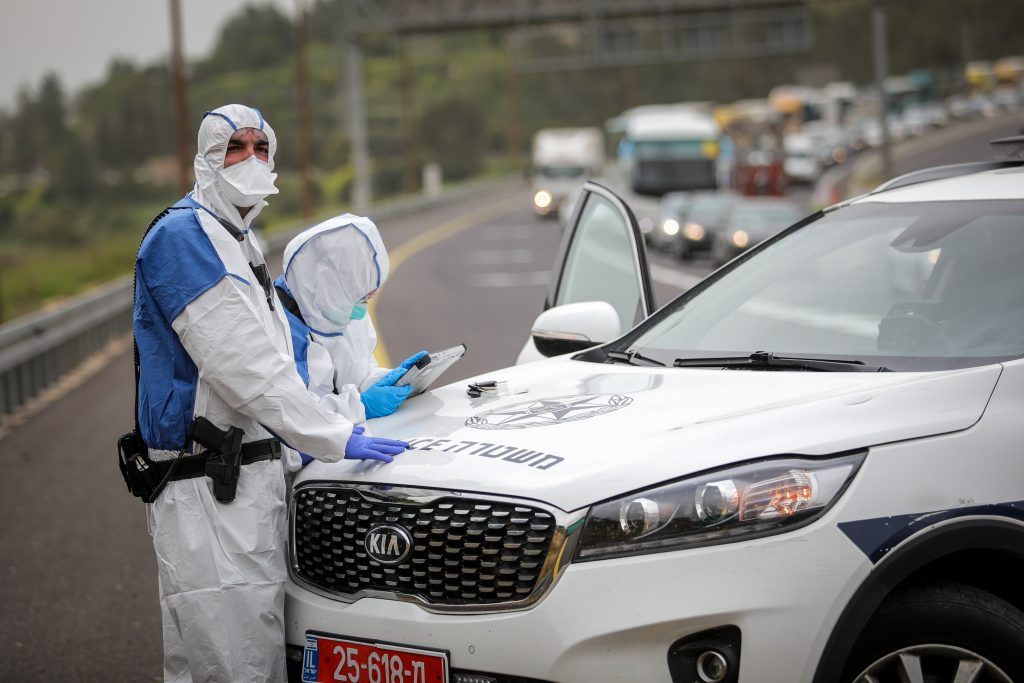 Police and IDF soldiers will be on duty and on patrol Wednesday, as the government enforces a nationwide curfew, said Reserve Colonel Yitzchak Tesler, a top official in the Homefront Command. In an interview with chareidi media outlets, Tesler provided details of what the “nationwide lockdown” on Seder night would look like.

In many cities, it’s likely to be full of soldiers and police patrols, as authorities are insisting that everyone stay home on Seder night. “There will be police limitations on traffic, and police patrols – both open and undercover – will be on the streets. They will be stopping people, and anyone who is not near their home can expect an NIS 500 fine, or an NIS 5,000 fine if they are violating quarantine. It is very important that people understand this so there will be no surprises. Everyone must remain at home on Seder night.”

That includes visiting close relatives even near home. “It could be an unpleasant situation, you may be caught by police and sent home to a house where there were no holiday preparations,” Tesler said. It’s not clear if police or soldiers will be allowed to check on whether people in a particular house are supposed to be there.

Tesler had some advice for people who have a family member under quarantine under their roof. “I know the temptation is going to be great for people to include their loved ones in the Seder. Parents and children may be in the dining room, and the quarantined individual in their bedroom might want to open the door and be a part of the Seder at least in that way. Don’t do it,” Tesler said. “It’s dangerous. The quarantined individual should remain in their room with the door closed. If you bring them food you leave it by the door and the individual inside opens it when there is no one around and brings it into the room, and immediately closes the door. The virus can travel through droplets in the air, and reach other family members.”