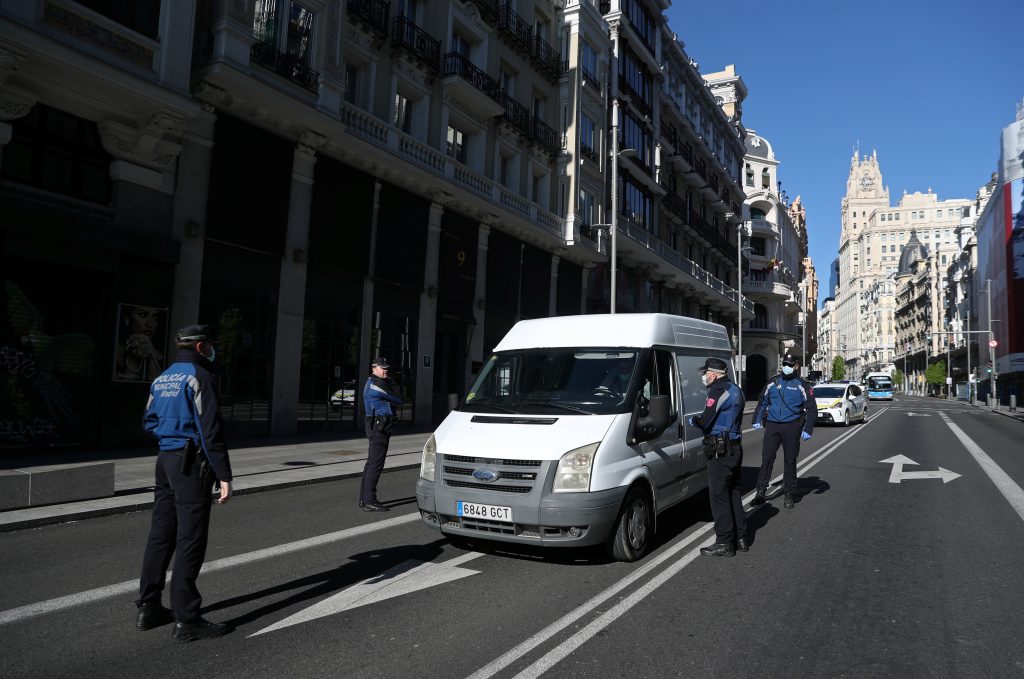 Spanish Prime Minister Pedro Sanchez said on Saturday he would ask Parliament to extend lockdown measures by 15 days until April 26, as the rate of new coronavirus infections and deaths slowed again in one of the world’s worst-hit countries.

In an address to the nation, Sanchez said the current lockdown was beginning to show results, but he warned that Saturday’s extension of the country’s state of emergency would not be the last.

“We are at the start of the decrease in the epidemic. We are stronger than we think but we have to endure. With sacrifice, resistance and the spirit of victory,” he said, adding that some economic restrictions would be lifted after next weekend.

“We are not going to extend the standstill of economic activity,” he said. Shops and restaurants will, however, remain closed.

Sanchez also reiterated his support for the launch of jointly issued debt by euro zone members as a way to counter the coronavirus economic impact, an idea championed by Spain and Italy but rejected by Germany and other northern EU members.

“Nobody should be mistaken, the Spanish government is going to work for and defend and will never renounce eurobonds because this is solidarity, this is Europe. The determination of the government is total and absolute,” he said.

Spain’s coronavirus death toll rose to 11,744 on Saturday – the world’s second-highest after Italy. However, the toll of 809 people who died during the past 24 hours was below Friday’s 932 deaths and also down from Thursday’s daily record of 950, the Health Ministry said.

That represented a 7% increase in total deaths, compared with the roughly 20% increase registered a week ago.

The total number of registered infections rose to from 117,710 on Friday to 124,736 on Saturday, putting Spain ahead of Italy, which reported 124,632 infections as of Saturday.

The figures “confirm the downward trend we have seen in the last few days,” said Maria Jose Sierra, the deputy head of Spain’s health emergency.

Still, she acknowledged that “there are many more light cases of coronavirus which are not included in our figures because we are concentrating on the most serious cases.”

Spain, which is struggling to provide enough equipment for its overwhelmed hospitals, said on Friday that Turkey had requisitioned ventilators ordered by Madrid.

“In recent days, the Turkish government has placed a series of restrictions on the export of a broad spectrum of health products, mainly motivated by its concern to be able to supply its own health system,” Spanish Foreign Minister Arancha Gonzalez told a news conference.

A Turkish diplomatic source told Reuters that Turkey and Spain “are working on the issue and it is being resolved.”

“Thank you Turkey for authorizing the export of Turkish respirators … in view of the urgency in Spain,” she said.