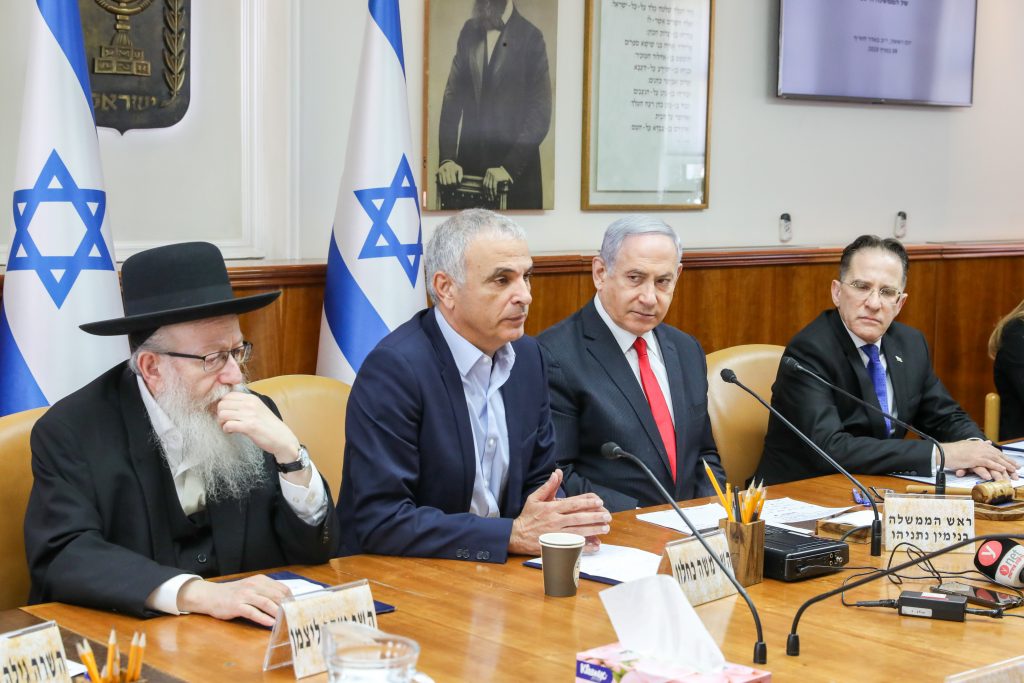 The Israeli Cabinet was scheduled to meet via teleconference on Sunday night starting at 11 p.m. to discuss the next phase of the government’s response to the coronavirus crisis.

Approval of the deployment of 700 IDF soldiers to work with police in enforcing Health Ministry regulations was expected. Earlier in the day, Attorney General Avichai Mandelblit ruled that the use of troops in this situation requires a Cabinet decision.

In addition, the ministers will be considering further measures, including the closure of entire communities, including Bnei Brak, where the level of infection has risen alarmingly. Further curbs on the economy were contemplated, although it is already under great strain with unemployment rocketing and many businesses appealing for state assistance.

Prior to the meeting, it was reported that the Health Ministry decided to cancel a pilot program of random coronavirus tests at supermarket chains due to fears it would bring out crowds of people seeking tests.

However, Channel 12, which carried the story, also quoted senior health officials as saying they had not been informed about the project.

Meanwhile, Interior Minister Rabbi Aryeh Deri and Yerushalayim Mayor Moshe Lion are working to arrange for four hotels in the capital to be converted into coronavirus treatment facilities for patients with mild symptoms and for quarantine of suspected cases.

Two of the hotels will be located in the western part of the capital and two in the eastern part.

Rabbi Deri was appointed earlier Sunday to coordinate the government’s response to the pandemic in the chareidi and Arab communities.

As of Sunday night, 4,247 people in Israel were infected with the novel coronavirus, including 74 in serious condition, according to the Health Ministry.

Of the serious cases, 59 are attached to ventilators. Another 82 people are in moderate condition.