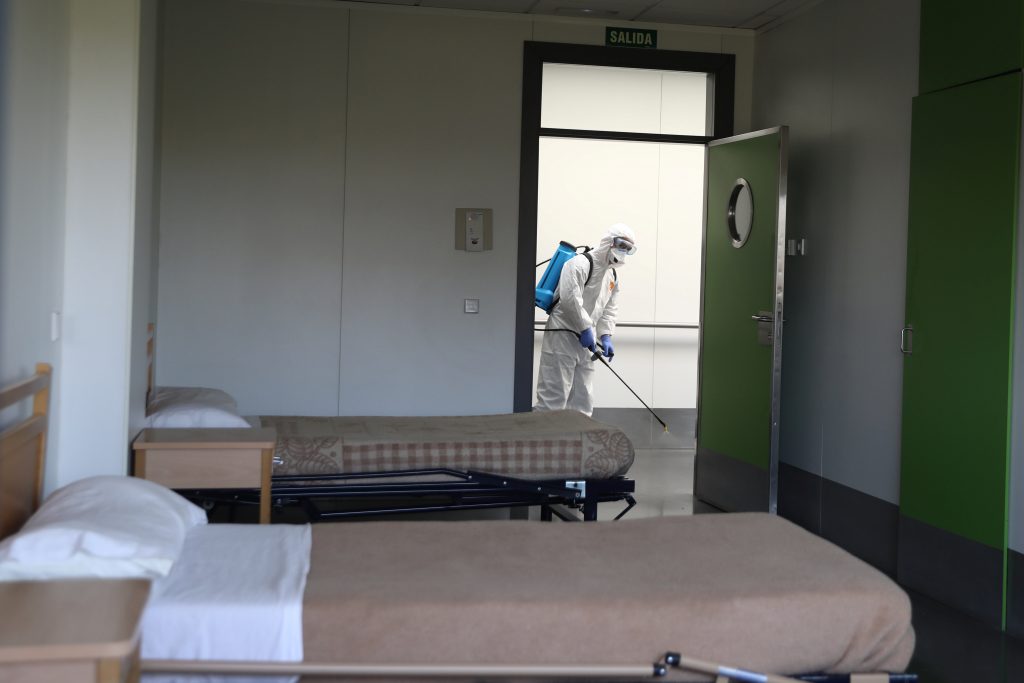 Spain registered 655 fatalities from the coronavirus over the past 24 hours – down from over 700 on Wednesday, the Health Ministry reported on Thursday as the total death toll from the epidemic in the country rose to over 4,000.

The overall number of coronavirus cases soared to 56,188 from 47,610 on Wednesday. The number of reported deaths from the virus rose to 4,089 from 3,434 on Wednesday, the ministry said.

Meanwhile, Spain‘s lockdown was extended on Thursday to last until at least April 12 as Europe’s second-worst hit country struggled to tackle a fast increase in the death toll.

Parliament voted in the early hours of Thursday to extend emergency measures – including the state of lockdown that has seen people confined to their homes except for essential trips for food, medicine and work.

“It is not easy to extend the state of emergency,” Prime Minister Pedro Sanchez said in Parliament. “I am convinced the only efficient option against the virus is social isolation.”

A majority of 321 lawmakers voted in favor of the extension, while 28 abstained. The largest opposition party, the conservative People’s Party, supported the measure. However, its leader Pablo Casado chastised Sanchez for what he described as a late and inadequate response to the crisis.

Casado criticized the government’s failure to provide medical professionals with vital equipment. “Governments don’t send their soldiers to the front without helmets, flak jackets and ammunition. But our health workers don’t have any protection,” Casado told Parliament.

Nursing homes, whose elderly residents are highly vulnerable to the disease, have been particularly hard hit.

An analysis by radio network Cadena Ser found at least 397 residents of such homes had died from coronavirus, more than 10% of the country’s 3,434 death toll. The Health Ministry did not immediately respond to a request for comment on the findings.

Procuring equipment like masks, scrubs and gloves has become difficult as the government fights to contain the virus.

Foreign Minister Arancha Gonzalez complained that market speculation was driving up prices for some items.

“We must favor long-term purchases from a group of more stable and more established companies so that we don’t depend on these crooks,” she told Basque radio station Radio Euskadi.

Spain has ordered 432 million euros ($471.4 million) worth of masks, gloves and testing kits from China, and has turned to NATO partners for protective gear and ventilators.