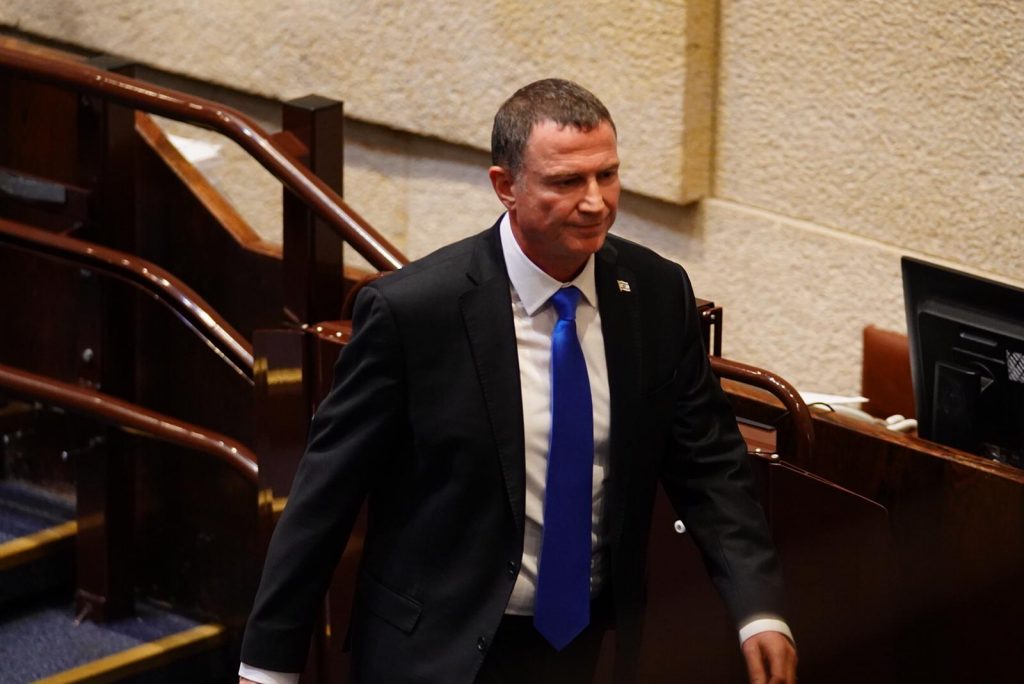 Knesset Speaker Yuli Edelstein officially resigned his position Wednesday, after being given a deadline by the High Court to call the Knesset into session and open the position up to a vote by MKs. Edelstein said in a statement that he “would not allow the Knesset to fall into anarchy,” and instead would resign in order to ensure that the Knesset could conduct business.

According to the Knesset protocols, Edelstein’s resignation goes into effect 48 hours after it was tendered, which would be on Friday morning. As such, the Knesset will not be able to hold a vote for a new speaker until Sunday at the earliest.

The impetus for his resignation was the High Court deadline that required Edelstein to hold a vote on his replacement by Thursday at the latest. When tending his resignation, Edelstein spoke in the Knesset, accusing the court of illicitly interfering in politics. “The court’s decision is not based on the law but on a radical and one-sided interpretation of the law. The decision contradicts the Knesset’s constitution, and harms the plenum’s work. It is a rude and brazen interference into the workings of the legislative branch. I will work to prevent this, as well as to prevent civil war,” he said.

The Court’s decision Monday was denounced by nearly all MKs on the right, accusing the court of once again overstepping its bounds and interfering in the legislative process. Edelstein had previously remained adamant that he would not quit, nor would he hold a vote on someone to replace him, as Blue and White and its allies in the Knesset demanded. The next speaker is expected to be a Blue and White MK, as the party can count on the votes of Labor-Meretz, Yisrael Beytenu and the Joint Arab List – a total of 61 MKs – to approve its candidate.