National Trump Says ‘Not Easy’ to Get Face Masks, Ventilators to States
National 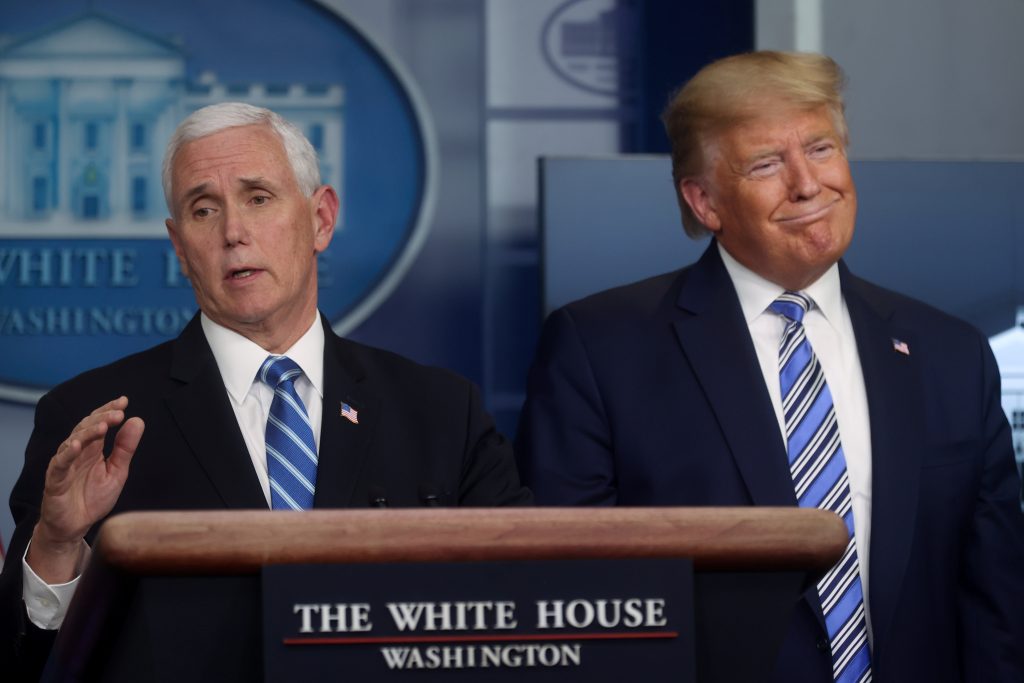 President Donald Trump on Tuesday acknowledged the difficulty of procuring crucial health-care supplies amid the coronavirus pandemic as state and local officials raise alarms about a health-care delivery system in danger of collapse.

In an early morning tweet, Trump said: “The World market for face masks and ventilators is Crazy. We are helping the states to get equipment, but it is not easy.”

Some state and local officials have decried a lack of coordinated federal action amid the swiftly spreading coronavirus, saying that having localities act on their own has put them in competition for supplies against other states and municipalities, the U.S. government and even other countries.

In New York state, the epicenter of the U.S. outbreak, New York City Mayor Bill de Blasio has appealed for ventilators, masks and other medical equipment as the number of coronavirus cases spiraled and critical items were in short supply. Officials in California, another hot spot, called for 50,000 additional hospital beds.

Trump on Tuesday said federal officials had procured 400 ventilators for New York City and pointed to four temporary hospitals being arranged in the state. New York officials could not be immediately reached for comment on Trump’s tweet.

State governors and others have called on Trump to leverage the Defense Production Act, a measure that would allow the U.S. government to speed up manufacturing. The president on Sunday said he hesitated to utilize it because “nationalizing our businesses is not a good concept.”

Congress is grappling with a far-reaching economic stabilization package for the coronavirus crisis that could include more money for hospitals and equipment, among other needs. Democrats and Republicans have so far failed to reach an agreement, but the Treasury secretary and the Senate Democratic leader late on Monday expressed optimism that a deal could be reached soon.