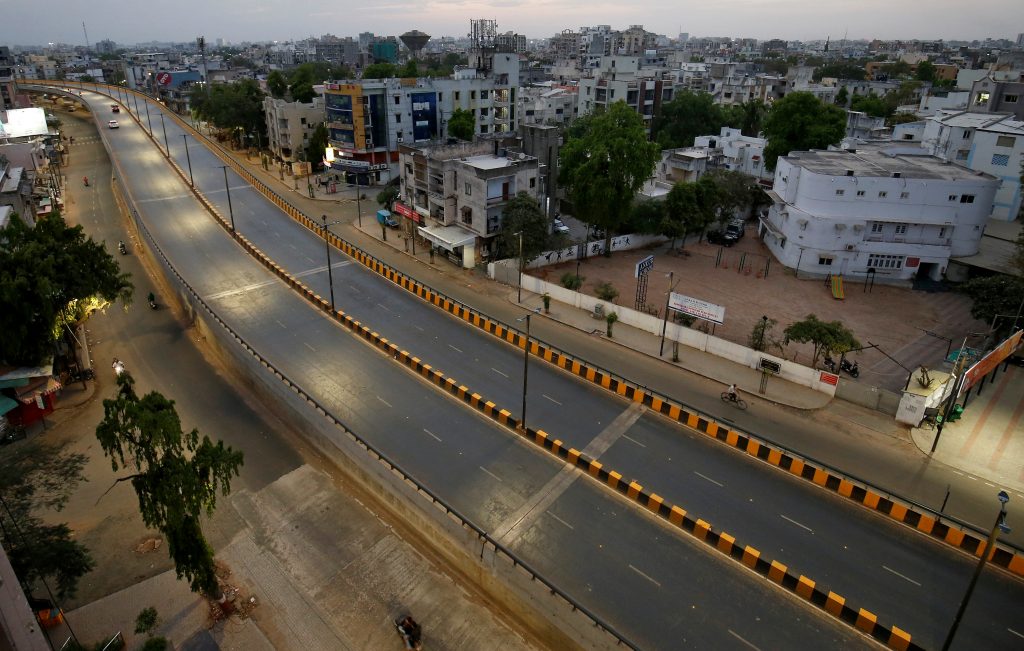 “To save India and every Indian, there will be a total ban on venturing out,” Modi said in an address to the nation Tuesday night, acknowledging that the 21-day lockdown would be a major blow to the economy, but that the alternative could set the country back 21 years.

The move puts nearly one-fifth of the world’s population under lockdown.

Indian health officials have reported 469 active cases of COVID-19, the disease caused by the virus, and 10 deaths. Officials have repeatedly insisted there is no evidence yet of communal spread but have conducted relatively scant testing for the disease. In a country where tens of millions live in dense urban areas with irregular access to clean water, experts have said communal spread is inevitable.

For weeks, while the coronavirus wracked neighboring China and other parts of Asia, India’s infection toll stood at just three, all students in the Chinese epicenter, Wuhan, who were treated in their home state of Kerala and recovered from the disease.

But since the World Health Organization declared the coronavirus a global pandemic, triggering India’s government to invoke a British Raj-era epidemic act giving it sweeping powers to contain the disease, the cases have been growing rapidly and, according to Modi, have the potential to “spread like wildfire.”

In recent days, India has been gradually expanding stay-at-home orders and has banned international and domestic flights and suspended passenger service on its extensive rail system.

Essential service providers, including hospitals, police and media had been exempted from the stay-in-place orders, and many grocery stores and pharmacies remained open.

Modi called Tuesday’s order a “total lockdown” and did not address whether any service providers would be exempt, but said that “all steps have been taken by central and state government to ensure supply of essential items.”

It was not clear what this would mean for about 300 million Indians who according to official data live below the poverty line.

“You must remember that you will invite a grave pandemic like coronavirus to your homes if you step out.”

Indian virologist Dr. T. Jacob John said before the wholesale lockdown was announced on Tuesday that India was being forced to take extreme containment measures after failing to mitigate the problem earlier on, when the caseload was light.

“There would have been time because the wolf was not yet at the door. Now today the wolf’s inside the door and India’s supposed to calmly respond with a wolf in the corner,” he said.