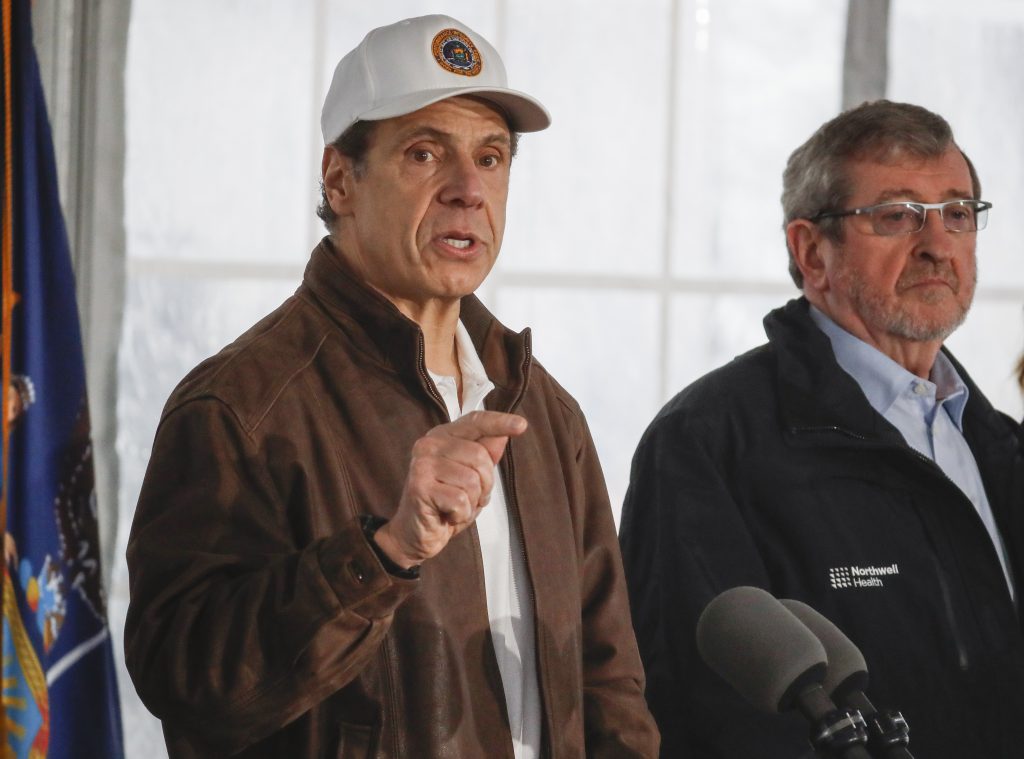 Gov. Andrew Cuomo says the state will try to pass a budget ahead of an April 1 deadline despite disruptions caused by the coronavirus pandemic.

Cuomo’s push to swiftly pass a budget comes after at least two state lawmakers fell ill, and New York confirmed it has over 600 cases of COVID-19. Assembly members Helene Weinstein, 67, and Charles Barron, 69, both Brooklyn Democrats, have been absent from Albany since the beginning of the month, and all legislators and staff who came into contact with them will be tested.

The Democrat scoffed Sunday when questioned whether lawmakers should return this week to the New York Capitol, which is now closed to visitors.

“I need them to authorize the laws and the measures that we may need to do this,” Cuomo told reporters. “You need soldiers to fight the war.”

For most people, the virus causes only mild or moderate symptoms, such as fever and cough. For some, especially older adults and people with existing health problems, it can cause more severe illness, including pneumonia, or death. The vast majority of people recover, but the outbreak has caused more than 5,000 deaths worldwide.

Cuomo says the state is spending $30 million a week to fight the virus.

The state is preparing for dips in personal income, sales and capital gains tax revenues as the virus hits the financial, hospitality, tourism and insurance industries.

Investment adviser Hugh Johnson said it will take time for New York’s economy to bounce back and warned against drastic spending cuts that could worsen a slowdown or recession.

Mujica called federal aid “critical” and said the administration wants to avoid doing “anything that makes it worse.”

New York entered 2020 with worries over a hefty budget deficit that Cuomo hoped to plug by trimming $2.5 billion from Medicaid and shifting more costs onto New York City and counties. Still, forecasters expected tax revenues to grow 6.7% next year.

Last month, lawmakers agreed Wall Street bonuses would help fuel an extra $700 million in tax revenue over the next year. Economic forecasters expected Asia and Europe would weather most economic pain from the virus. Now, officials are scrapping those optimistic estimates.

Consumer spending, wage growth and employment are expected to take a hit as New York and other states move to address the virus by restricting big gatherings and encourage people to stay at home and away from others.

Lahiri said New York should tweak the governor’s proposed $178 billion budget based on revenue losses in past recessions.

The state comptroller will release a report about the outbreak’s potential impact on revenues by midweek.

Cuomo warned Saturday pending federal legislation promising $35 million in aid to New York would fall short given the state’s large share of disease cases, and thus make it impossible to balance the budget because it won’t allow for Cuomo’s plan to reign in Medicaid costs.

But Cuomo, who often uses the budget to push sweeping policies, said this weekend he thinks the budget can still include new laws. He’s also urging lawmakers to at least approve paid sick leave for quarantined New Yorkers.

“I would not rush an issue that we’re not ready to do,” Cuomo said.

“The responsible thing to do is to remove those conversations from the budget so they’re not holding up passing a budget,” he said.