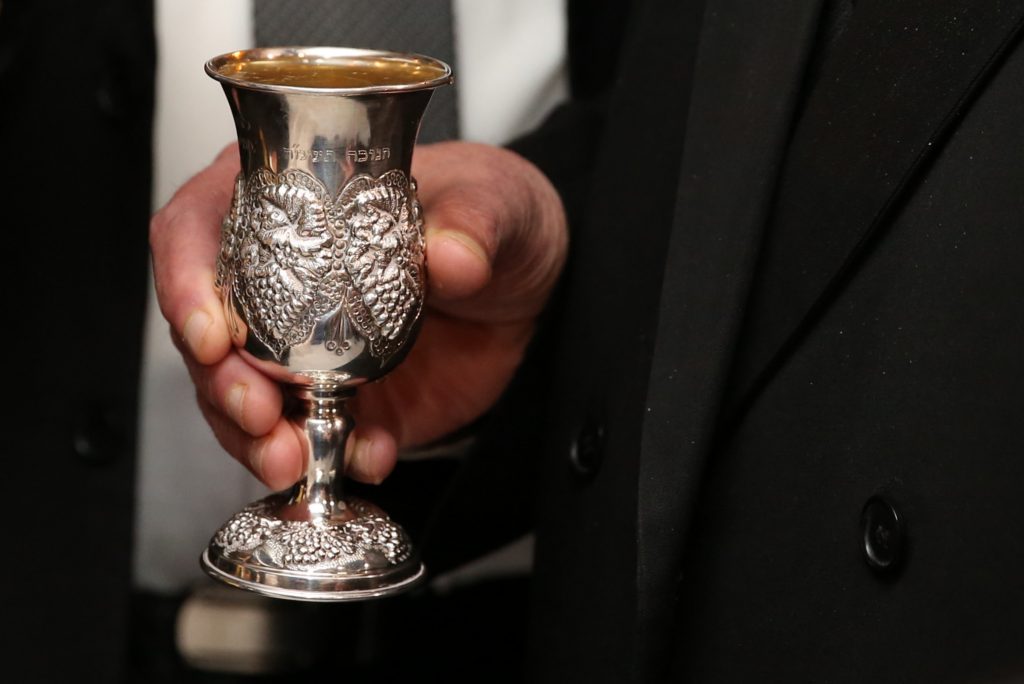 “My brother’s son was scheduled to go to the chuppah Monday evening at 8:30, with the kabbalas panim called for 7:30,” said Chany. “I had appointments scheduled for my daughter to have her hair done at 4:00 pm. Suddenly, I got a call that the kabbalas panim was moved up to 4:30, with the chuppah at 5:30. I’m trying to get everything done by then, but if I can’t get an appointment, we will just have to make due with what we have.”

Monday morning’s announcement by NY, NJ and Connecticut that social gatherings of more than 50 people will be prohibited after 8:00 pm Monday evening triggered a rush of families who had planned their children’s wedding for the evening to reschedule them for early afternoon in order to be able to have their guests attend. Halls which had weddings booked are hurrying to be ready for the earlier start time, with some beginning as soon as 2:00 pm on Monday afternoon.

The uncertainty of not knowing what will happen put many of these families under stress for the past few days. “I guess that now that the other shoe has dropped, and my family went forward with their backup plan, the actually tension has eased somewhat, and we will just have to make the best of it,” Chany shared with Hamodia. “I guess it’s best that we look at the glass as half full at this time.”

Rearranging the start time of a wedding may be complicated, since all the participants, including the caterer, musicians, photographers, flowers and others must rush to be there at the new time. Families whose members planned their weddings for later in the week have a whole other set of issues to deal with.

“I know that there was a wedding scheduled for next Sunday evening, March 22, and the family cancelled their reservation at a large hall and booked a small hall in a local shul which would normally be used for a small bar mitzvah or sheva brachos,” Chany related. “With a limit of 50 people, there is no reason to spend the money on such a large hall.”

A well-known Jewish singer who entertains at weddings told Hamodia that he is aware of many cancellations. “People are very distressed that their well-laid plans have gone up in smoke,” he reported. “The weddings will have to be on a much smaller scale, and the families won’t spring for a large band and sound system for an intimate chasunah of 50 people. A friend of mine who works as a sound person at weddings told me he has had 8 or 9 cancellations, since a small wedding has no need for a sound person.”

Some families who have weddings scheduled for next week are worried that by that time, the restrictions may be tightened, and even 50 people will not be permitted to attend. One family had a wedding scheduled for next Sunday, March 22, and they quickly rearranged it for Thursday, March 19, since they were scared what the next day or week may bring.

Rabbi Mayer Tzvi Chesir, a Maggid Shiur in the beis medrash at Yeshiva Torah Vodaas, has his son’s wedding scheduled for next week, but he is taking it all in stride.

“My Rebbi, Harav Avraham Pam, zt”l, imparted to his talmidim on many occasions that we must focus on the pnimius of the wedding, the essential elements of the chasunah and not the externals, which are just window dressing. If the focus is to begin building a bayis ne’eman b’Yisrael, and we concentrate on what the Eibishter wants, then we can accept it as His will.”

As far as planning, Rabbi Chesir is taking a wait-and-see attitude. “The aufruf is scheduled for this Shabbos in Brooklyn, and the wedding is next week in Lakewood. We will have to let the caterer know pretty soon if we will have the aufruf in Brooklyn or in Lakewood. If it looks like there may be some travel restrictions, we might transfer the aufruf to Lakewood, in order to have everyone on location.

“For the chasunah, we were told by Bais Faiga that we since they have two buildings, we can plan on 50 men and fifty women, and we will have to trim our lists accordingly. We can still have a Yiddishe simchah with whoever can attend,” Rabbi Chesir stated with his usual good cheer.

“Of course, we will observe all the rules of hygiene. But as I told my friends and talmidim, if all we do is wash our hands and not improve our avodas Hashem, then it seems we are just ‘washing our hands’ from the whole situation.”