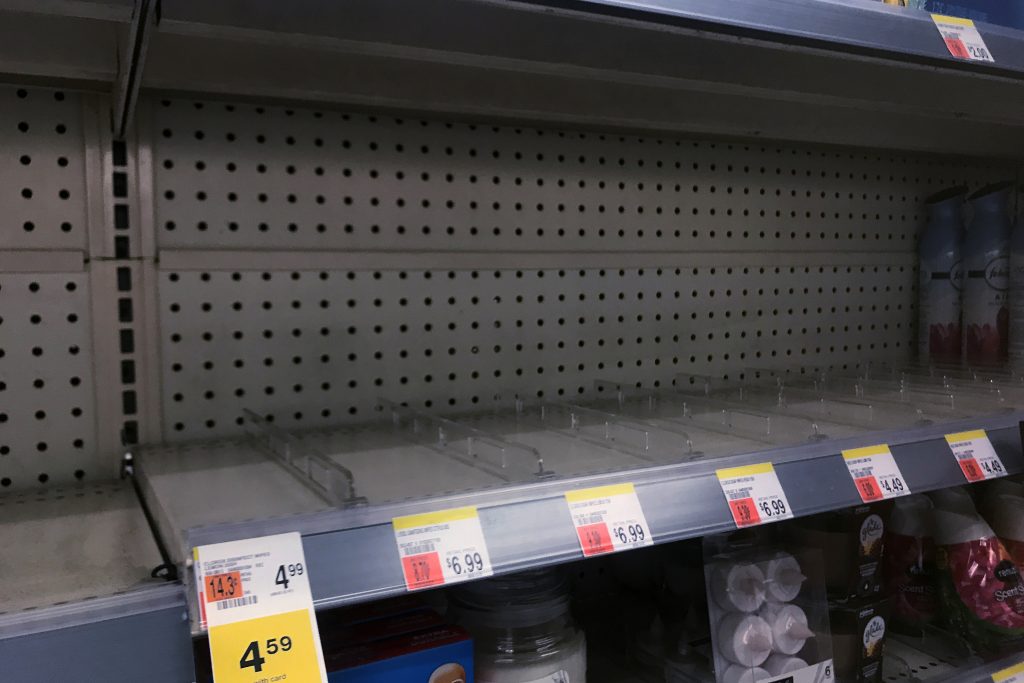 The number of coronavirus cases in New York state rose Sunday to 105, an expected increase Gov. Andrew Cuomo predicts will continue as more testing is done.

New York City Mayor Bill de Blasio said Sunday that the city’s public health apparatus “is already planning on the assumption that we will be at hundreds of cases over the next two or three weeks.”

As of Sunday, the largest concentration of cases, 82, was in suburban Westchester County north of New York City. There were 12 cases in New York City. A scattering of others were upstate in Saratoga County, on Long Island and in Rockland and Ulster counties.

Cuomo called on the federal Centers for Disease Control and Prevention to allow private laboratories to do testing to greatly expand the number of tests that can be done.

“The more positives you identify, the more you can isolate people and stop the spread,” Cuomo said.

Cuomo spoke Sunday at Northwell Health Imaging at the Center for Advanced Medicine in North New Hyde Park, which he called one of the most sophisticated testing labs in the country.

“It has automated testing, which expands exponentially the number of tests that can be done,” Cuomo said. “CDC has not authorized the use of this lab, which is just outrageous and ludicrous.”

COVID-19, the disease caused by the novel coronavirus, has flu-like symptoms ranging from mild to severe, including fever, cough and shortness of breath. The CDC advises those who are mildly ill with the virus to stay home and avoid public areas to avoid spreading it.

“There’s more fear, more anxiety than the facts would justify,” Cuomo said. “Most people have mild symptoms and don’t get hospitalized.”

The disease is more dangerous for vulnerable people such as the elderly, those with compromised immune systems and those with other medical frailties, he said.

De Blasio said the city will offer loans and grants to small businesses that suffer a decrease in sales or difficulty retaining employees due to the outbreak.

The Westchester outbreak has been traced to the Young Israel of New Rochelle, where the congregation was asked to self-quarantine after a 50-year-old lawyer in the community was hospitalized with the illness. A growing number of friends and relatives of the patient have tested positive.

The hospitalized lawyer’s wife put a statement on social media on Friday saying that when she first heard he had tested positive, she realized there would be “pandemonium all around us,” so the family “shuttered the windows, turned off the internet and together stayed strong and in good spirits.” She said she immediately contacted everyone in the law firm and all have been working remotely ever since.

Cuomo said nursing homes near the Young Israel of New Rochelle synagogue will suspend outside visitors as a precaution. Several schools in Westchester and neighboring Rockland County were closed over the weekend for deep cleaning.

Cuomo declared a state of emergency on Saturday to clear the way for more testing, purchases of more supplies and hiring of workers to help monitor self-quarantined patients. He said there has been an increase in legal penalties for price-gouging around products like hand sanitizer.