Israel Israel Edging Toward State of Emergency Due to Coronavirus
Israel 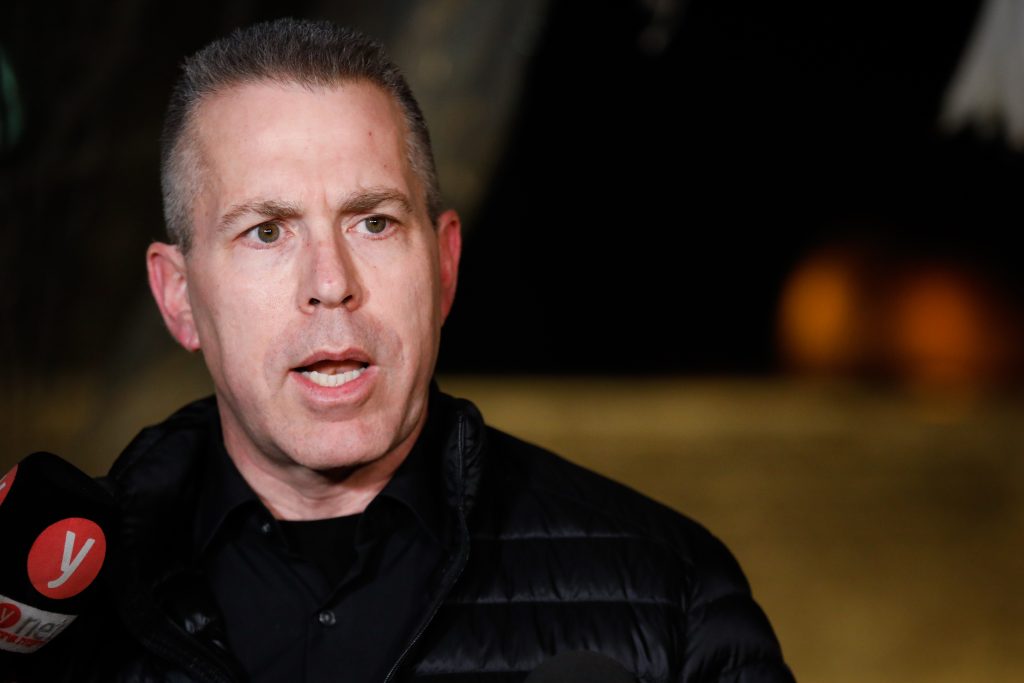 Israeli authorities appeared on Sunday to be edging closer to declaring a state of emergency in response to the coronavirus epidemic.

Public Security Minister Gilad Erdan said “I’m going to consider the need to announce a ‘civilian state of emergency,’ which would give the government enhanced powers to deal with the epidemic, according to media reports.

“We are living in challenging times, between the coronavirus and the complicated political situation which we’ve been in for too long,” he said at the opening of a fire station in Yerushalayim on Sunday.

The Health Ministry was reportedly recommending to Israeli Prime Minister Binyamin Netanyahu‏‏ the imposition of a quarantine on travelers entering Israel from all countries, not only those with the highest numbers of coronavirus cases.

On Sunday evening, Netanyahu confirmed at a press conference that the matter was under discussion and that a decision would be forthcoming in the next day or so.

The prime minister spoke by phone with U.S. Vice President Mike Pence earlier in the day about possible restrictions on travelers from the U.S. to Israel.

Later on Sunday evening, the Health Ministry updated the count of Israelis infected with coronavirus, bringing it to 39, 14 of whom were added to the list on Sunday. Among them was the first case whose source of infection could not be traced.

Seven of the new patients returned in recent days from European countries, and six came into contact with sick individuals in Israel.

The Health Ministry was in the process of releasing details of the new cases, so that members of the public who might have been exposed to them can seek immediate testing.

One had returned recently from a trip to the Spanish Island of Tenerife; anyone who was on her Iberia Airways flights from Tel Aviv to Tenerife, with a layover in Madrid on March 2, should immediately quarantine themselves for 14 days, the Ministry said.

Another had been in Vienna, and returned on March 5. Before entering quarantine, he took the train to Acre on his way home. The ministry said anyone who was on the 6:05 p.m. train that evening from Ben Gurion Airport requires quarantine.

The third was a Yerushalayim resident, 60, who had been exposed to a visitor from France who was diagnosed with the virus.

After the exposure, the man was at the Yona Koren Optics Store in Yerushalayim on March 3 and 4 from 9:30 a.m. to 2 p.m. and 5 p.m to 7:30 p.m. On March 5, from 8-9:30 p.m., he ate at the BIGA restaurant in the Ariel shopping center before going into home quarantine the next day, The Times of Israel reported.

Travel details in the other new cases will be released soon, officials said.

Israel has had no fatalities, but a bus driver from east Yerushalayim who had been driving for a Greek tourist group last week was reported in serious condition as of Sunday.

The Knesset issued a statement saying that anyone who has been abroad may not enter the building for two weeks from the date of arrival due to possible exposure to the coronavirus.

And anyone who has been in Egypt during the past two weeks and is not a citizen of Israel will not be able to enter the country. The restriction followed the news on Sunday that Egypt confirmed the first fatality due to the coronavirus after a German citizen died of the disease.

Cairo had previously announced that COVID-19 had been detected in 33 people on a tourist ship in the country’s south, including three Egyptian nationals.

He said that “stopping the visits to prisons is a necessary and committed reality. Corona’s arrival in the prisons could cause mass incarceration of prisoners with the disease and we must do our utmost to prevent such a scenario from materializing.”

In Gaza, the education ministry announced cancellation of school for the next week in the Hamas-run enclave.

“The Education Ministry decided to continue to suspend studies in schools and kindergartens in Gaza until this weekend and to resume studies as usual on March 14 as long as no developments take place,” it said.

In order to enforce quarantine requirements now affecting an estimated 80,000 Israelis, the Police and Health Ministry on Sunday announced a joint task force for the purpose.

So far, police have opened files in nine cases where persons violated their quarantine or attempted to interfere with health inspectors.