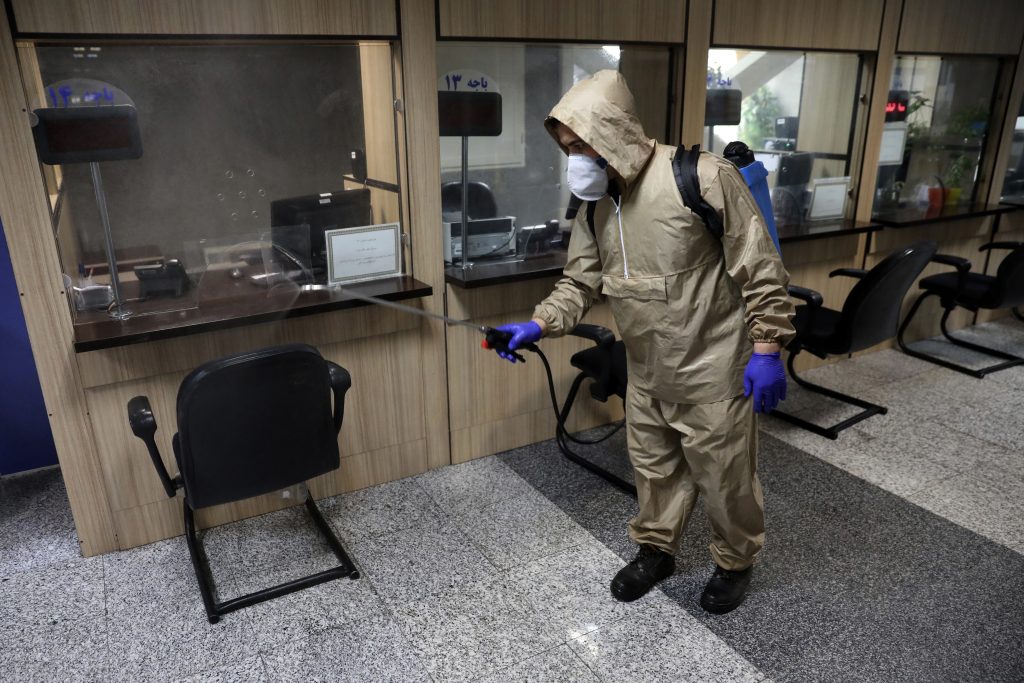 Iran said 194 people had died from coronavirus and 6,566 were now infected, in a media announcement by the Health Ministry on Sunday.

Iran has one of the highest number of deaths from the illness outside of China, where the virus originated. Iranians were warned by ministry spokesman Kianush Jahanpur to avoid all large gatherings and stay home.

“There have been 743 people who have been added to the total of those infected by COVID-19 through lab test results,” he said. “In the past 24 hours, we have had 49 people who have died from this illness so we have at least 194 deaths until now.”

IranAir has suspended until further notice all flights to European destinations, the official IRNA news agency reported on Sunday, citing a statement from the Civil Aviation Organization.

Iran is the epicenter of the outbreak in the Middle East as most of the cases reported in the region are either people who were in Iran or who caught the virus from people who had visited the Islamic Republic.

Several countries in the region have closed their borders with Iran and stopped flights.