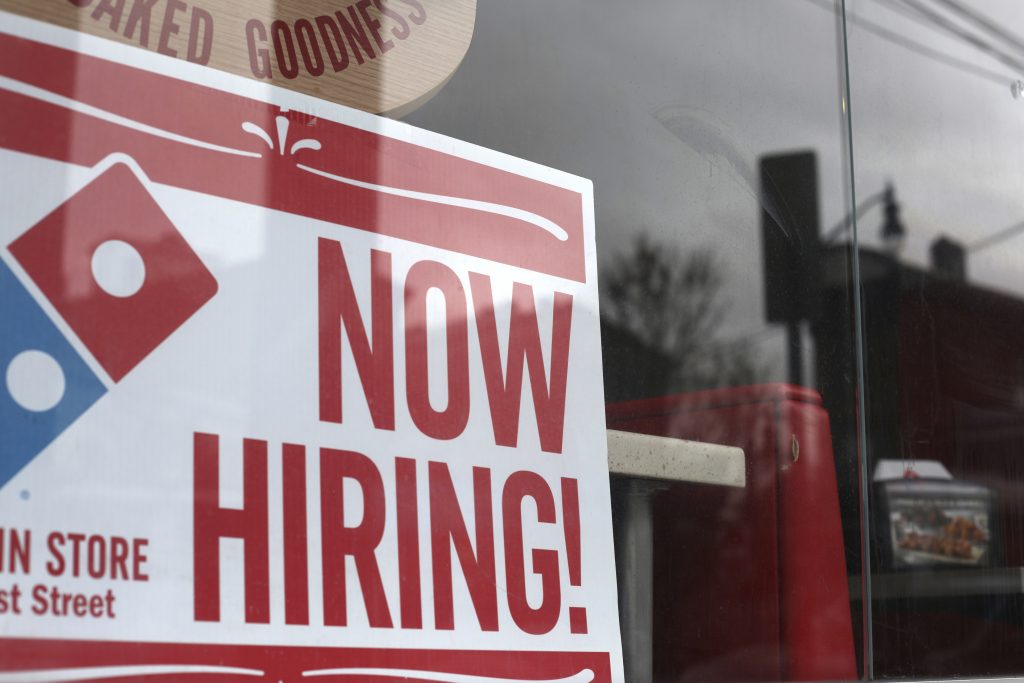 The number of Americans filing for unemployment benefits fell last week, suggesting the labor market was on solid footing despite the coronavirus outbreak, which has stoked financial market fears of a recession and prompted an emergency interest rate cut from the Federal Reserve.

Labor market strength was underscored by other data on Thursday showing planned job cuts by U.S.-based employers fell sharply in February. While the coronavirus epidemic is expected to slow the economy, the labor market stamina, if sustained, could keep the longest expansion on record, now in its 11th year, on track.

The Fed on Tuesday slashed its benchmark overnight interest rate by a half percentage point to a target range of 1.00% to 1.25%. It was the U.S. central bank’s first emergency rate cut since the height of the financial crisis in 2008. Fed Chair Jerome Powell acknowledged the economy’s strong fundamentals, but said, “the coronavirus poses evolving risks to economic activity.”

Initial claims for state unemployment benefits slipped 3,000 to a seasonally adjusted 216,000 for the week ended Feb. 29, the Labor Department said. Jobless claims are the most timely labor market indicator and are being closely monitored for clues on the coronavirus’ impact on the economy.

Economists polled by Reuters had forecast claims would fall to 215,000 in the latest week. The four-week moving average of initial claims, considered a better measure of labor market trends as it irons out week-to-week volatility, rose 3,250 to 213,000 last week.

The coronavirus, which causes a flu-like illness, has killed more than 3,000 people and sickened at least 90,000, mostly in China. In the United States, 11 people have died from the disease and the number of infections has exceeded 100.

The virus is disrupting supply chains and is also expected to undermine exports and demand for transportation, leisure and hospitality services. U.S. economic growth in the first half of the year is forecast around 1.0%. The economy grew 2.3% in 2019.

So far, the labor market appears to be weathering the storm.

U.S. financial markets were little moved by the upbeat labor market data as investors worried about the spread of the coronavirus outbreak in the United States. U.S. stock index futures plunged, while prices of U.S. Treasuries were trading higher. The dollar was weaker against a basket of currencies.

Last week’s claims data has no bearing on February’s employment report, which is scheduled for release on Friday. According to a Reuters survey of economists, nonfarm payrolls likely increased by 175,000 jobs last month after surging by 225,000 in January. The unemployment rate is forecast to be steady at 3.6% in February.

The Fed’s Beige Book on Wednesday, which is a survey of the central bank’s business contacts around the country, showed a tight labor market was constraining hiring. It also noted that manufacturers, retailers, and transportation companies reported lower demand for labor in some districts.

Despite the tightening labor market conditions, wage inflation remains benign. In another report on Thursday, the Labor Department said growth in unit labor costs – the price of labor per single unit of output – rose at a 0.9% rate last quarter, instead of the 1.4% pace reported last month.

Data for the third quarter was also revised down to show unit labor costs increasing at a 0.2% pace instead of advancing at a 2.5% rate as previously reported.