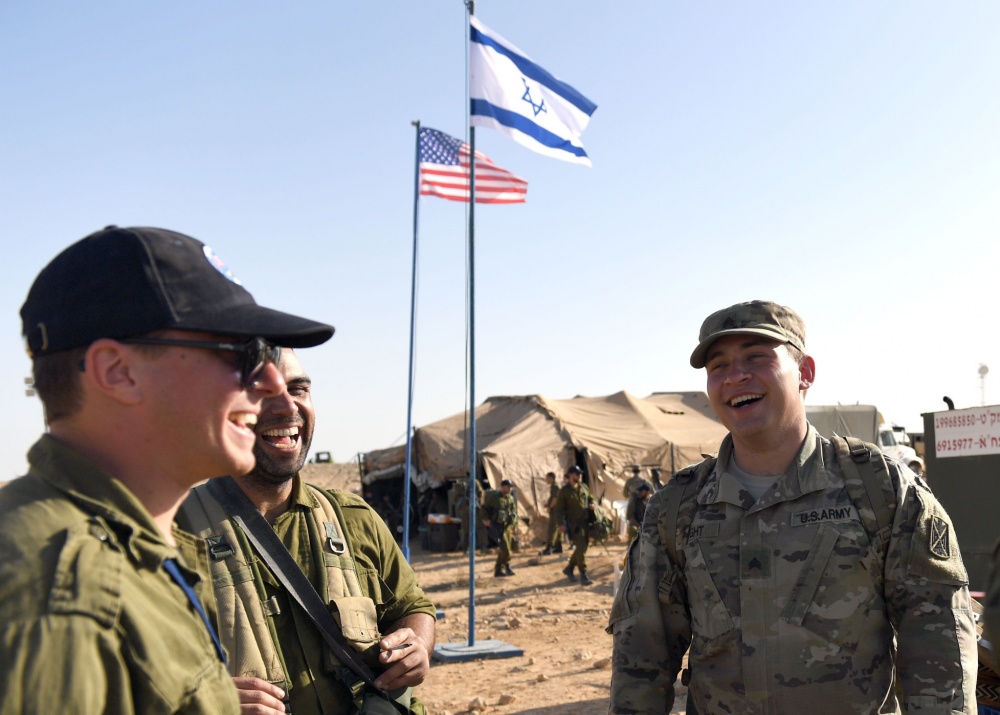 American, Israeli and European military forces went ahead with the 10-day Juniper Cobra joint defense drill on Tuesday, putting aside fears that the coronavirus could shut it down.

The bi-annual Juniper Cobra simulates a large-scale missile attack on Israel, with air defense units from the IDF and U.S. European Command (EUCOM) coordinating interception of the incoming projectiles and the IDF Home Front Command practicing its emergency response.

According to the IDF, in total some 3,500 American and Israeli soldiers will take part in the exercise, which will be held in Israel, Europe and the US. Some 600 American troops began arriving in Israel for the exercise over the past few weeks, coming from the U.S. and Germany — where there is a relatively low incidence of the COVID-19 coronavirus — while another 1,900 U.S. military personnel will participate in the drill from Europe and the U.S.

Meanwhile on Tuesday, the IDF confirmed that the head of the Operations Directorate, Maj. Gen. Aharon Haliva, went into quarantine following a visit to Italy, in compliance with Health Ministry guidelines.

The military said Haliva was in Italy on a personal trip, not official military business.