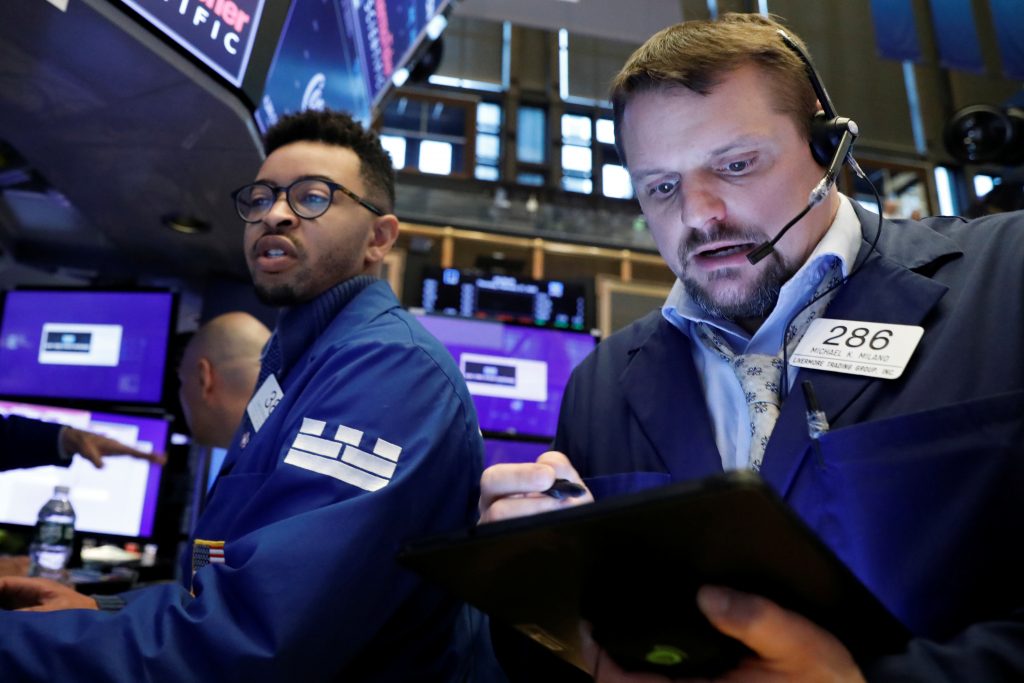 Stocks are falling sharply on Wall Street as investors continue to flee risky assets as countries take increasingly drastic measures to contain the coronavirus outbreak and as more big-name companies warn that they’ll be affected.

The S&P 500 index is now 9.6% below the record high it set last week and it’s headed for its worst week since October 2008. A decline of 10% below its recent peak would mark what market watchers call a “correction,” a normal phenomenon that analysts have said was long overdue in this bull market, which is the longest in history.

Microsoft and Budweiser maker InBev became the latest to warn investors about the virus’ potential hit to their finances.

American Airlines fell 4.3% as airlines continue to feel pain from disrupted travel plans and suspended routes. Delta Airlines, which is reducing flights to South Korea because of the outbreak in that nation, fell 2.4%.

The virus has now infected more than 82,000 people globally and is worrying governments with its rapid spread beyond the epicenter of China.

In California, health officials say a new coronavirus case could be the first in the U.S. that has no known connection to travel abroad or another known case, a possible sign the virus is spreading in a community.

Italy has become the center of the outbreak in Europe, with the spread threatening the financial and industrial centers of that nation.

The price of crude oil fell 3.4%. The price has been falling sharply as investors anticipate that demand for energy will wane as the economy slows.

At their heart, stock prices rise and fall with the profits that companies make. And Wall Street’s expectations for profit growth are sliding away. Apple and Microsoft, two of the world’s biggest companies, have already said their sales this quarter will feel the economic effects of the virus.

Goldman Sachs on Thursday said earnings for companies in the S&P 500 index might not grow at all this year, after predicting earlier that they would grow 5.5%. Strategist David Kostin also cut his growth forecast for earnings next year.

Besides a sharply weaker Chinese economy in the first quarter of this year, he sees lower demand for U.S. exporters, disruptions to supply chains and general uncertainty eating away at earnings growth.

Such cuts are even more impactful now because stocks are already trading at high levels relative to their earnings, raising the risk. Before the virus worries exploded, investors had been pushing stocks higher on expectations that strong profit growth was set to resume for companies.

The S&P 500 was recently trading at its most expensive level, relative to its expected earnings per share, since the dot-com bubble was deflating in 2002, according to FactSet. If profit growth doesn’t ramp up this year, that makes a highly priced stock market even more vulnerable.

Traders are growing increasingly certain that the Federal Reserve will be forced to cut interest rates to protect the economy, and soon. They’re pricing in a better than two-in-three probability of a cut at the Fed’s next meeting in March. Just a day before, they were calling for only a one-in-three chance.

A handful of companies have managed to gain ground in the latest rout of stocks. Medical teleconferencing company Teladoc surged 23.7% and 3M, which counts surgical masks among its many products, rose 3.1%.