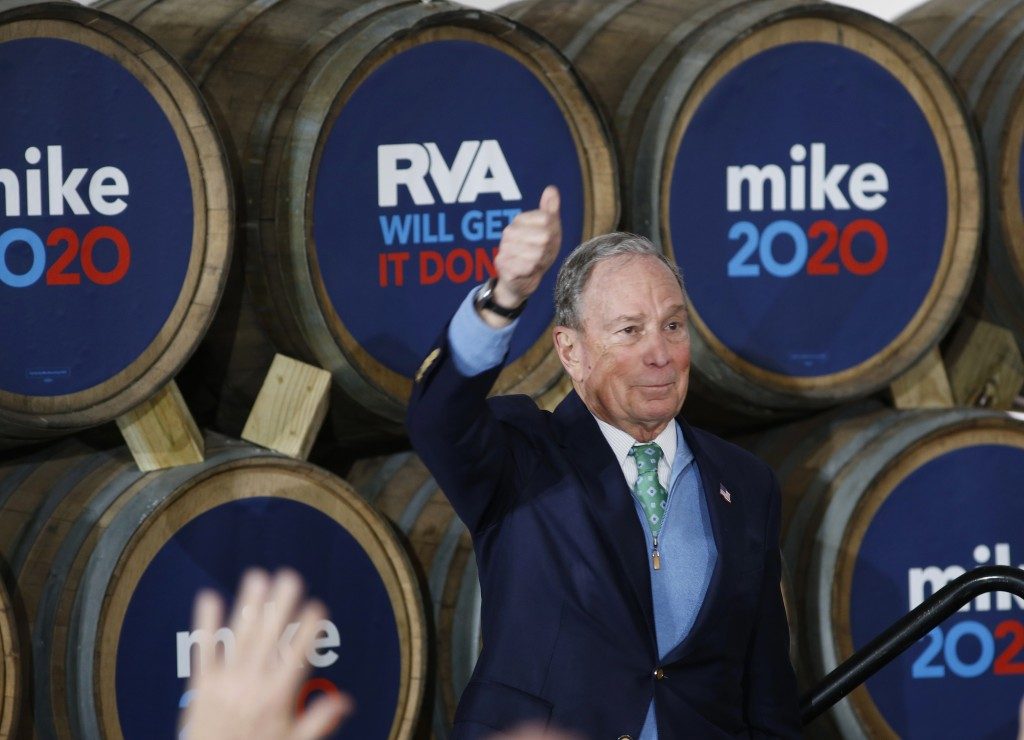 Politicians would serve themselves well to always keep in mind Rabi Yehudah Hanasi’s admonition: “An eye sees, an ear hears, and all your deeds are written in a book” (Avos 2:1).

Most public servants may not care that the Tanna was referring to a Divine “Eye” and “Ear,” and to an ethereal “book,” or that the advice was offered as means of avoiding sin. But it’s good practical counsel, too, for aspirants to governmental positions.

Many a candidate for public office has come to be haunted by some comment made years earlier of which human eyes and ears took note and of which there is a record, if not in a book, at least in a recording or internet posting.

Like presidential hopeful Michael Bloomberg, who has been confronted of late with comments he made about the “stop-and-frisk” police policy he advanced as mayor of New York.

The New York City Police Department began increasing its emphasis on stop-and-frisk — the accosting, questioning and superficial searching of people even without probable cause for arrest — in the mid-1990s, when Rudy Giuliani was mayor. But the stops of citizens soared during Mr. Bloomberg’s mayoral tenure — rising from about 97,000 in 2002 to a high of about 685,000 in 2011.

And, reportedly, more than 80% of those stopped and frisked were black or Latino.

The resurrected comments, which Mr. Bloomberg made in 2015, after he left office, were a defense of the stop-and-frisk policy as a deterrent to gun violence. The ex-mayor contended that “95% of murders” were the work of “male minorities, 16 to 25.”

“You can just take [that] description,” he said at the time, “Xerox it, and pass it out to all the cops.”

Whether one sees those comments as on-target (forgive me) or wide off the mark (ditto) might depend on your race.

Certainly, those who have been circulating the blunt words — mostly others vying, as is Mr. Bloomberg, for the Democratic presidential nomination — are hoping that many blacks and Hispanics will refuse the former New York mayor their support.

For his part, Mr. Bloomberg has, in no uncertain terms, disowned his words. “I was wrong,” he declared. “And I am sorry.”

In a refreshingly contrite confession, rather unusual these days, he said: “I got something important really wrong. I didn’t understand back then the full impact that stops were having on the black and Latino communities. I was totally focused on saving lives, but as we know, good intentions aren’t good enough.”

Not every black leader or pundit was buying it. Charles M. Blow, a New York Times columnist, indignantly asked: “How many people rightly complaining about kids in cages at the border are simply willing to overlook all the kids Michael Bloomberg put in cages as a result of stop-and-frisk?”

“These minority boys,” he went on, “were being hunted.”

The columnist, though, doth protest too much. No subject of stop-and-frisk was arrested, much less jailed, unless he was illegally carrying a weapon or enough illegal substances to be felt over his clothing. And looking for suspicious behavior in crime-ridden areas isn’t exactly like hiding in a blind watching for deer.

On the other hand, Dayvon Love, director of public policy for the think tank “Leaders of a Beautiful Struggle” in Baltimore, says that some people living in high-crime neighborhoods would see some form of the stop-and-frisk strategy “as the best option available to them to meet their immediate needs.”

And Mr. Bloomberg, despite — perhaps because of — his efforts as New York mayor to fight crime, has been endorsed by four members of the Congressional Black Caucus and a number of black mayors across the country.

Aside from political concerns, also likely playing a role in Mr. Bloomberg’s change of heart and biting the bullet (sorry!) was the fact that, while crime fell precipitously during his mayoral tenure, when stop-and-frisks were phased out toward the end of his administration (after a federal judge ruled that the practice as implemented had violated civil and constitutional rights) and then were sharply curtailed under his successor, current Mayor Bill de Blasio, crime rates continued to plunge to new lows unseen since the 1950s.

So, many contend, stop-and-frisk was an ineffective means of fighting crime.

What occurs to me, though, is that there may be other explanations for the continued drop in crime in New York. In the now-infamous recording of his candid comments, Mr. Bloomberg also said: “The way you get the guns out of the kids’ hands is to throw them up against the wall and frisk them. And then they start, ‘Oh, I don’t want to get caught,’ so they don’t bring the gun.”

Might it be possible that, after years of aggressive accosting of young men in areas plagued with drug dealing and violence, a residual effect persisted, and persists, with fear of stops continuing to cause fewer people to carry guns? And in fact, while the rules for stop-and-frisk have changed, the tactic still exists; where there is reasonable suspicion that a crime has been committed or is being planned, a police officer can detain and even do a pat-down of a citizen.

So, Mr. Bloomberg’s mea culpa might not be as necessary as he (or his advisors) may think. And his clear intention for the erstwhile intense stop-and-frisk policy — to “get the guns out of the kids’ hands” — may even now resonate with black voters, an important Democratic constituency.