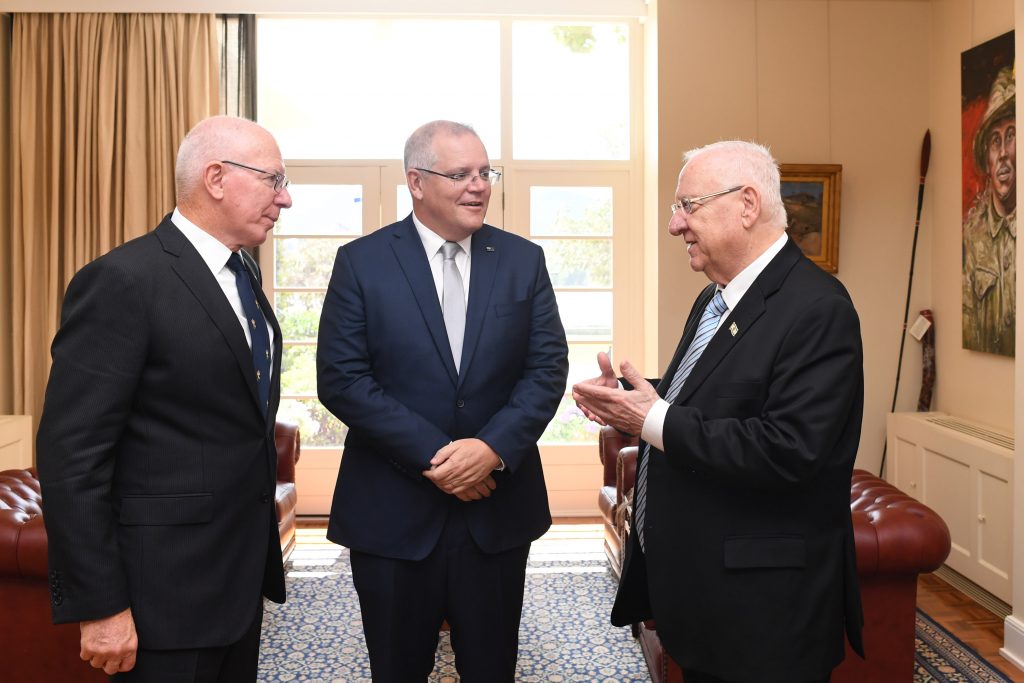 President Reuven Rivlin, currently on an official visit to Australia, acted as a go-between with Israel on Wednesday, conveying Canberra’s concerns about possible restrictions on travel to and from the country due to the coronavirus.

“The president discussed with them the concerns expressed in Australia at the possibility that the State of Israel, as opposed to the rest of the world, would require those returning from Australia to be quarantined and that Israeli citizens would be warned not to travel to Australia,” his office said in a statement.

“In his conversations with the ministers, the president raised the points made by the Australian prime minister in their meeting, according to which Australia is leading the world in preventing the outbreak of the Corona virus and had enforced border controls even before the World Health Organization issued instructions to do so.

“In addition, according to the information presented to the president, of the cases in Australia so far, 15 of them originated from the Chinese city of Wuhan and all these people were quarantined and recovered completely. Eight additional cases in Australia came from the Diamond Princess cruise ship and all these people have been sent for quarantine. The president was also informed that there has not been a single identified case of infection within Australia.

“I have no doubt that we must have the health of Israeli citizens at the forefront of our minds, but I thought it right that you know what was presented to me before making a decision such as this, with all its implications,” said the president.

During their conversation, Minister Litzman told the president that there are daily situation assessments on the issue, with new information and updates, and that currently there are no special instructions regarding those returning from Australia or travelling to Australia.

Thursday morning (Australian time) the president will begin his journey back to Israel and will land on Friday morning.

During his visit, Rivlin has met with senior Australian officials whom he thanked for their support for Israel in the international arena, toured areas ravaged by recent fires and met with leaders of the Jewish community.