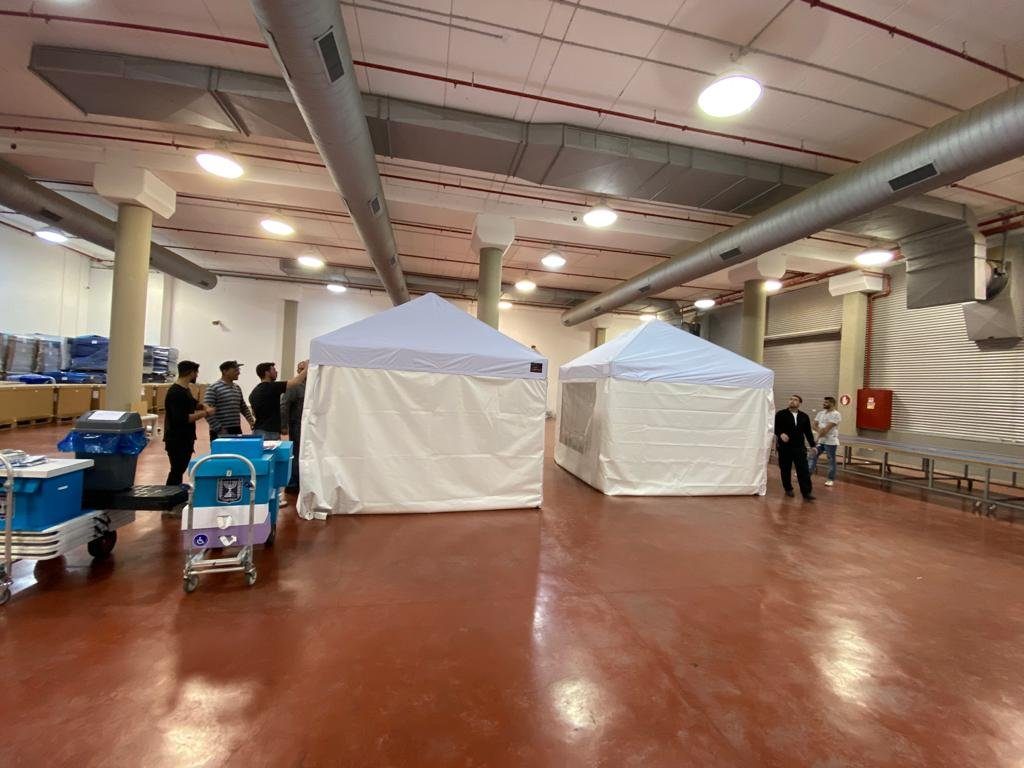 Some 400,000 Israelis may not go to the polls next Monday, fearing they could be contaminated with coronavirus, a poll released Wednesday showed. The poll questioned a representative sample of Israelis and determined that 6.5% of Israelis who were eligible to vote said they were “definitely considering” not voting, according to the research done by the Rimon-Cohen political strategy firm Arutz Sheva reported.

There are 6.5 million eligible voters in Israel, meaning that the percentage who were considering not voting was more than 400,000. While coronavirus has mostly afflicted the elderly, those most worried were younger people, the poll showed; 13.1% of voters 18-24 said they might not vote, while 14.9% of voters 25-34 said they might stay home.

The poll did not break down party affiliations of those who were hesitant to vote. With the race between the Likud and Blue and White very tight, both parties are working intensely to bring out loyalists, with many political analysts saying that the election is likely to come down to turnout; if more right-wing voters participate in the election, Binyamin Netanyahu stands a very good chance of forming the next government, but if right-wing voters stay home, Benny Gantz would be the favorite to win.

On Wednesday, 74 year old Rachel Bitton, one of four Israelis who were hospitalized in Japan after contracting coronavirus, returned to Israel – with a clean bill of health. Bitton was a passenger on the Diamond Princess, one of dozens of passengers to be diagnosed with the illness. Upon her return to Ben Gurion Airport Wednesday morning, Bitton thanked Harav Binyamin and Efrat Edri, Chabad shlichim in Tokyo, for their assistance, as well as Health and Foreign Ministry officials. Bitton was sent home upon arrival, as she had been examined again in Japan before leaving for Israel, and was found not to be suffering from any symptoms associated with coronavirus.