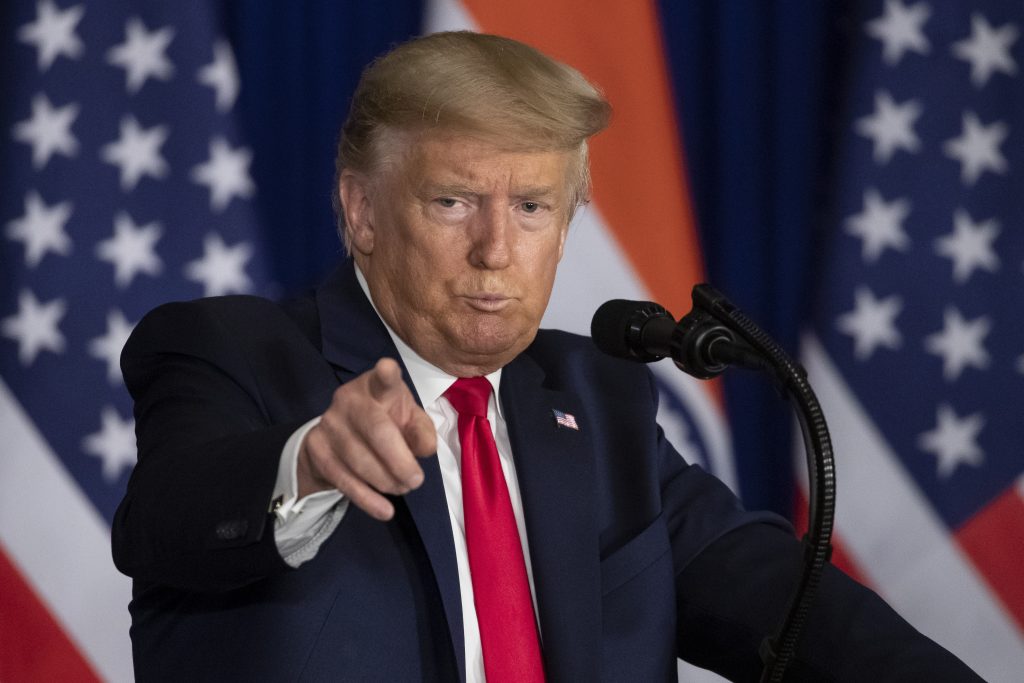 President Donald Trump demanded that Supreme Court Justices Sonia Sotomayor and Ruth Bader Ginsburg recuse themselves from future cases involving his administration after a dissent from a decision allowing the government to test prospective immigrants’ wealth.

“She said some things that were obviously inappropriate,” President Trump said of Sotomayor’s dissent during a news conference in New Delhi, India, on Tuesday, where he’s completing a two-day visit. Ginsburg voted with other liberal justices in the minority on the case but didn’t join Sotomayor’s fiery dissent, which attracted widespread attention.

“I just don’t know how they cannot recuse themselves for anything Trump or Trump-related,” Trump said.

Sotomayor wrote that cases related to the Trump administration have been rushed through the court system without being “ventilated fully in the lower courts.”

“Claiming one emergency after another, the Government has recently sought stays in an unprecedented number of cases, demanding immediate attention and consuming limited court resources in each,” Sotomayor wrote. “And with each successive application, of course, its cries of urgency ring increasingly hollow.”