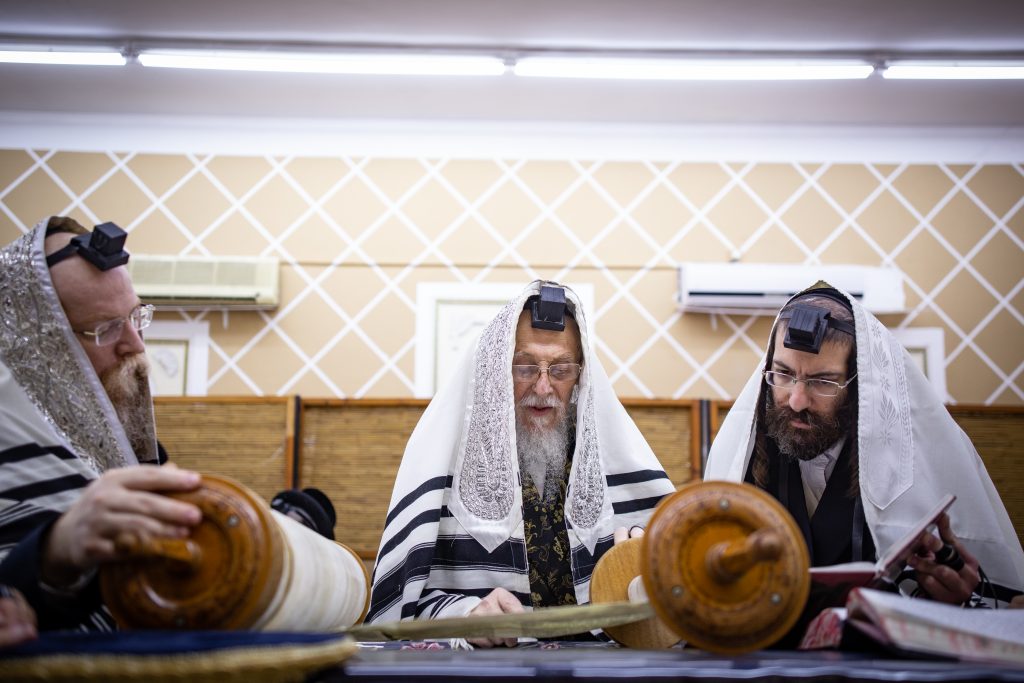 The olam hachassidus lost a legendary figure with the passing of the Clevelander Rebbe, zy”a, on Tuesday morning at the age of 88.

The Rebbe was born in Rumania. His father was Harav Yissachar Ber of Stroznhitz, author of Divrei Yissachar, who was the son of Rav Isamar of Nadvorna, grandson of Rav Meir of Kretchenif and a descendant of Rav Mordecha’leh of Nadvorna. The Rebbe’s mother, Chaya Esther Rosenbaum, was the daughter of Rav Yissachar Ber Leifer of Nadvorna-Satmar.

When he came of age, the Rebbe married, tblch”t, Rebbetzin Chanah Esther, the daughter of Harav Meir Eizeksohn, the Roman Rebbe of Philadelphia, author of the work of halachic responsa Mevaser Tov.

When his father, Rav Yissachar Ber was ill, he asked his family not to transport his aron to Eretz Yisrael in an airplane’s luggage compartment, but rather to take a private plane with a minyan of Jews who would say words of kedushah alongside his aron. His son exclaimed: “Isn’t it worth it to pay $25,000 for this?” Later, however, he learned that this would cost $100,000, but he decide not to tell his ailing father, so as not to cause him grief.

Rav Yissachar Ber passed away on Shabbos, and on Motzoei Shabbos a flight was found in which the aron was allowed onto the passenger section – at a cost of $25,000. In this unprecedented way, the Rebbe was able to fulfill the will of the niftar.

In 1976 the Rebbe came to Eretz Yisrael and settled in Raanana at his father’s behest. There, he founded the beis medrash Heichal Habaracha on Har Sinai Street. The Rebbe soon became known for his intense avodas hakodesh. The masses flocked to his tischen, and he brought many back to Yiddishkeit.

The Rebbe set up kollelim in Raanana to which avreichim would travel daily from Bnei Brak. Later, he founded a beis medrash in Beitar Ilit, headed by his only son, Rav Uri Leib.

Many Raanana residents came to the Rebbe for wise counsel and blessing. At the yarhtzeit seudah for his father, Rav Yissachar Ber, held at the end of Teves two years ago, the Rebbe said that his father had instructed him never to leave Raanana. “People tried to convince me to leave Raanana and settle either in Yerushalayim or Beitar Ilit, but my father told me to remain in Raanana. All the attempts to go anywhere else never managed to get off the ground. Here in Raanana we’ve built a chassidic kirya and many have come closer to Yiddishkeit. … When people who lived in Raanana became drawn to Chassidus, I would advise them: Raanana is not a place to raise children. Move to other cities where you can find chassidic education.”

Recently, the Rebbe’s condition worsened, due to a malignant illness. Despite this, he continued his avodas hakodesh. Several weeks ago, he held a siyum haShas in Raanana, marking the last time he would hold a tisch. On Shabbos Shirah, he was taken to the Maayanei Yeshua Hospital, where doctors struggled to save his life, but he returned his soul to its Maker, as his family and many Chassidim were near him, saying pesukei hayichud.

The Rebbe leaves behind his son, Rav Uri Leib Rosenbaum, Rav of the Cleveland-Beitar Ilit kehillah, who will now lead his father’s kehillah in Raanana. The Rebbe also authored the works Divrei Yissaschar on Torah and Moadim.

The levayah set out from the Rebbe’s beis medrash on Har Sinai Street, Raanana, and will set out at 3 p.m. from the Seret Vizhnitz Beis Medrash in Gush Shemonim, Yerushalayim to Har Hazeisim.