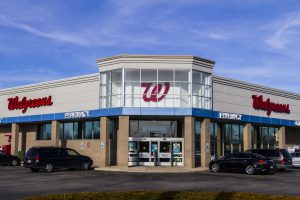 The U.S. Supreme Court on Monday handed a victory to Walgreens, turning away an appeal by a fired former Florida employee of the pharmacy chain who asked not to work on Saturdays for religious reasons as a member of the Seventh-day Adventist Church.

The justices declined to review a lower court ruling in Darrell Patterson’s religious discrimination lawsuit that concluded that his demand to never work on Saturday, observed as the Sabbath by Seventh-day Adventists, placed an undue hardship on Walgreens.

Patterson, who had trained customer service representatives at a Walgreens call center in Orlando, was fired in 2011 after failing to show up for work on a Saturday for an urgent training session.

The case tested the allowances companies must make for employees for religious reasons to comply with a federal anti-discrimination law called Title VII of the Civil Rights Act of 1964. The law prohibits employment discrimination based on race, religion or national origin.

Under Title VII, employers must “reasonably accommodate” workers’ religious practices unless that would cause the company “undue hardship.”

Asked by the justices for its views on the case, President Donald Trump’s administration in December suggested that the court review only part of the dispute – whether lower courts used an improper standard to judge “undue hardship” – one that is too favorable to companies.

The case pitted business interests against religious rights, two issues that often find favor with the conservative justices who hold a 5-4 majority on the high court.

Patterson sued Walgreens in 2014 in Orlando federal court, alleging the retailer violated his religious rights under Title VII. For Seventh-day Adventists, observing the Sabbath from sundown on Friday to sundown on Saturday is a key tenet of their Protestant Christian denomination, founded in the 19th century.

He accused Walgreens of not adequately trying to accommodate his request to not work on Saturdays, and then trying to demote him without any guarantee to not schedule him on Saturdays.

Walgreens said it had repeatedly accommodated him since he joined the company in 2005, including shifting the training schedule to suit his needs.

The Atlanta-based 11th U.S. Circuit Court of Appeals agreed in 2018 with Walgreens, saying it had made numerous efforts to accommodate Patterson and was not required to guarantee he would never work on a Saturday.

Patterson appealed to the Supreme Court, arguing that a reasonable accommodation requires employers to completely eliminate any conflict between work and religious needs, and that lower courts are divided over the issue.