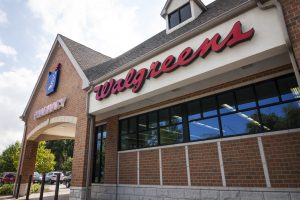 A coalition of Orthodox organizations have asked the Supreme Court to take up the case of a Seventh Day Adventist who claims his former employer illegally discriminated against him when he was fired for failing to accept a shift on a Saturday, when his sect observes the Sabbath. The support brief urges the court to overturn a 41-year-old precedent that requires employers to offer only minimal accommodations for employees’ religious beliefs.

Noted attorney Nathan Lewin, who authored a brief on the case on behalf of the National Jewish Commission on Law and Public Affairs (COLPA), told Hamodia that the 1977 decision now in question, known as TWA v. Hardison, has consistently caused impediments to Sabbath observers over the last four decades.

Darrell Patterson worked in a Walgreens office in Orlando, Florida, as a trainer in its Customer Care center. Over the years his observance of Sabbath, which coincides with the times observed by Jews, was managed by switching shifts with other employees.

In 2011, a large influx of employees brought about by the closure of another Walgreens office created a heavy demand for his time, and he was asked by a supervisor to report for work on a Saturday. When he was unable to find a replacement and said that he simply could not accommodate the request, he was disciplined and then offered a job with much lower pay. For that offer as well, Walgreens said that they could not guarantee Mr. Patterson that he would never be expected to work on a Friday night or Saturday. When he declined the offer, he was fired.

During the 18 months of subsequent unemployment, Patterson filed a lawsuit for religious discrimination. Yet his claims were denied by a district court and an appeals court.

His attorneys are now asking the Supreme Court to take up the case. If that happens, it will be the first time it ruled on Sabbath observance since 1986.

At issue in the case would be the court’s view of a section of the Civil Rights Act that requires “reasonable accommodation without undue hardship” of the religious needs of employees.

The Hardison ruling, agreed to by seven of the court’s then-justices and written by Justice Byron White, put severe limitations on the law by setting the bar for employers as “de minimis [minimal].”

Mr. Lewin bears a historic connection to the issue as he not only drafted the Civil Rights section in question but also appeared before the Supreme Court in Hardison to argue in support of the plaintiff.

He claims that despite many advances that Orthodox Jews have made in the workforce, the ruling is still an impediment.

“Even though shomrei Shabbos have achieved great advances because of recognition of their abilities, employees who are not exceptionally gifted and are in lower employment levels continue to encounter discrimination over observance of Shabbos and, even more frequently, observance of Yom Tov,” he said.

The court is likely to decide by late November whether to put the case on its docket.

“I was very disturbed by Justice White’s terrible decision that no more was required than de minimis accommodation, and I always hoped that the Supreme Court would reconsider and overrule that disastrous language,” said Mr. Lewin. “Now the opportunity is here.”